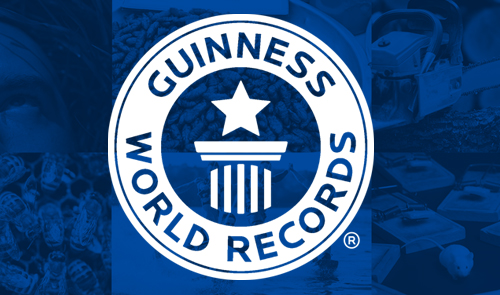 Do you remember getting the Guinness Book of Records as a kid at Christmas? Marvelling at people from all over the world for their amazing feats? Or perhaps you’ve got a soft spot for Kriss Akabusi and his classic TV programme Record Breakers?

Whatever your memories, Guinness World Records™ are still making mouths drop, with new records being set every day. We’ve looked back at ten of the weirdest, bravest and most disgusting records ever achieved on this mad planet.

Not sure if you’re up to breaking a record? There’s plenty of ways to get the pulse racing without leaving the house.  32Red.com has a fantastic selection of online casino games and, who knows, you might break a record of your own with a massive payout on our progressive jackpot games!