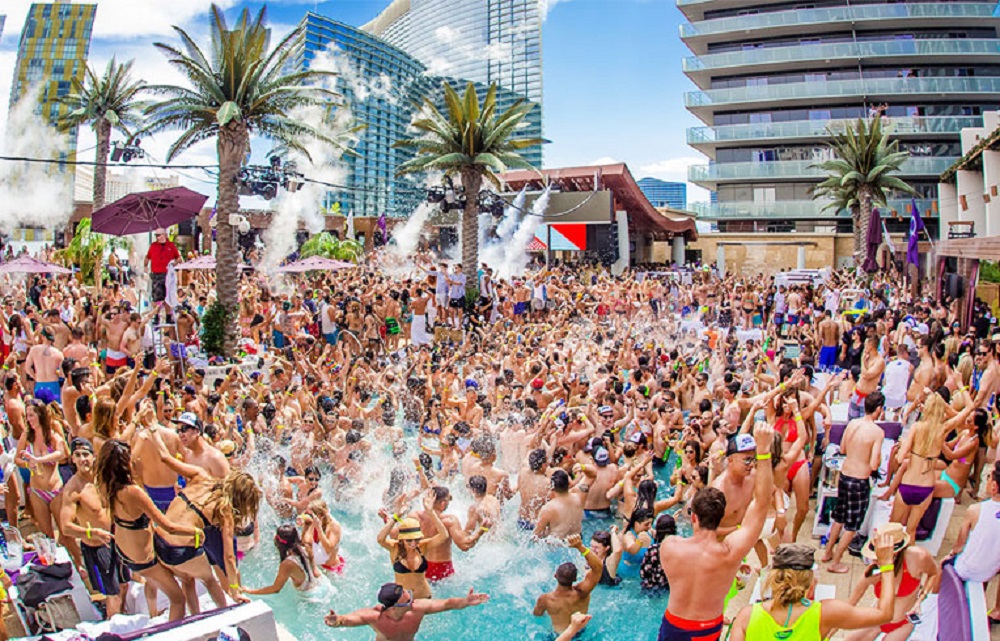 4 greatest Vegas pool parties (that actually seem a little iffy in some respects, now you come to mention it)

Less than halfway into January and sick to the back teeth of it already? We know the feeling. It’s not quite full tourist season in Las Vegas yet either, but we thought we’d get an early jump on Vegas’ most bikini-tastic hot spots – here’s where you should head if you’re planning to hit Sin City later in 2017!

Looking for a taste of the high life? Located at the World Famous MGM Grand, if you’re in search of a daytime clubbing experience Republic fits the bill. There’s a range of pools to take a dip in, with big names providing the tunes; Calvin Harris, the Chainsmokers and plenty of other superstar DJs have all appeared at this epic pool party. Plus, every Friday, there’s a bikini competition with the title of sexiest woman in Las Vegas (and a $1million prize) up for grabs! Although ladies, we’d like to stress that we value you as three dimensional, fully formed people with your own thoughts and opinions, not mere sex objects.

Head to the Mirage where you can check out, uh, ‘European-style sunbathing’ at Bare. Factoring in the name of this establishment, we think that probably means women sunbathe topless here. Just call us Sherlock. Anyhoo, in a bid to make this feature seem slightly less prurient, girls should know that the two luxury dipping pools here are probably very nice to relax in, assuming you can put from your mind the thought of blokes incessantly ogling you while you’re just trying to relax. Par-tay! 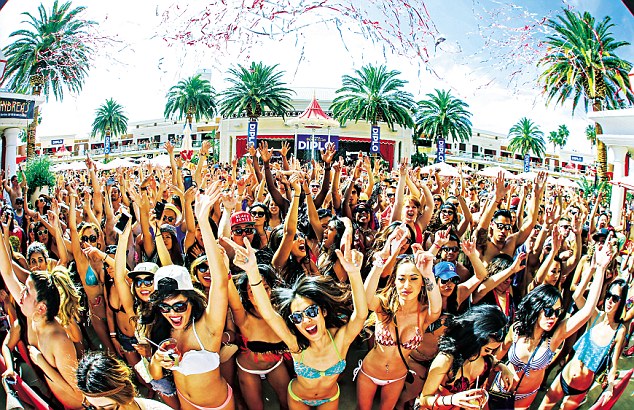 Azure at the Palazzo is definitely going for a more upmarket feel; if you’re in search of hot wings, beer bongs, or pork scratchings, this may not be the pool party for you. Instead, this is the kind of shindig you could imagine Jay Gatsby throwing, with elegant furnishings and $1000 bottles of champagne. Jesus Christ, even a glass of lemonade costs 18 bucks! What am I, made of money?

More top DJs can be found at this Aria resort pool party, which offers two VIP pools, a restaurant and bar and not least the chance to feel absolutely terrible about yourself just because you don’t have washboard abs. But if you can pull off the neat cognitive trick of ignoring your own physical shortcomings while gawping uncontrollably at a range of dusky beauties who wouldn’t give you the time of day even if they could understand your impenetrable accent, you’ll love this place!

Tempted by a trip to Vegas, but not got the wedge to make it there any time soon? Take your place in 32Red’s £20,000 Race to Vegas!

You could win a trip for two to Vegas, including a six night stay at a five-star hotel, a helicopter tour of the Grand Canyon and even £2,000 spending money. Even if you don’t scoop the top prize, there’s a further £10,000 to be won!

God bless those guys at 32Red. They’ve got sports betting as well as casino action, don’t you know?

Continue Reading
You may also like...
Related Topics:Las Vegas

Mobile casino gets ready for Jurassic World!
Leprechaun hub: Everything you need to know about these lucky charmers