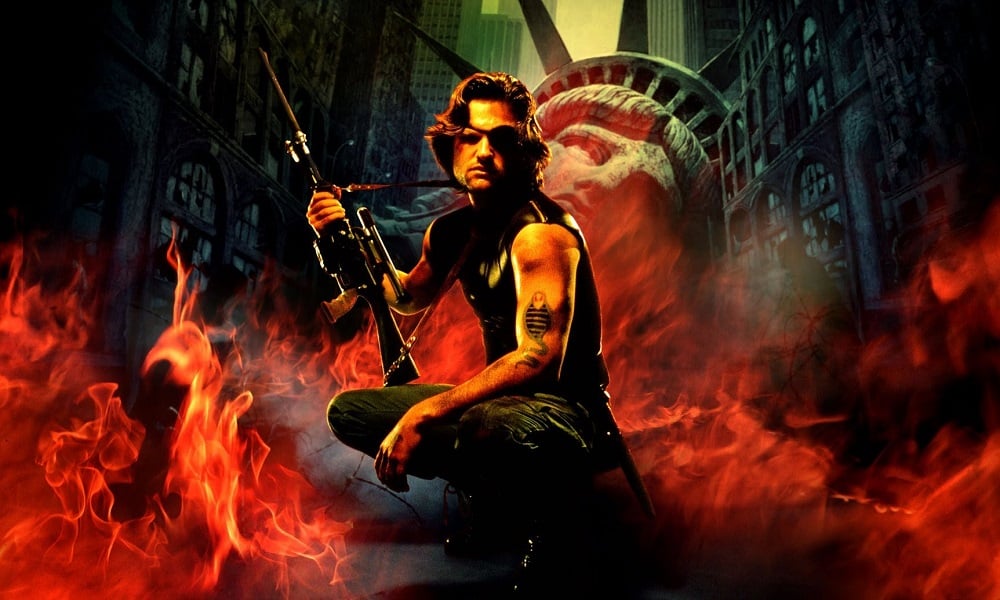 With the fantastic new Highlander slot having just arrived in the 32Red casino, we’re in the mood for more 80s classics. If you missed it first time round, Highlander was a berserk 80s cult hit that featured a bunch of immortals who spent most of their time trying to cut each other’s heads off (it was the only way they could be killed, apparently), all to a rousing soundtrack from Queen.

It made very little sense, but what the hell – with Sean ‘one-accent-and-it’s-Scottish’ Connery playing a Spaniard demigod and Christopher ‘one-accent-and-it’s-French’ taking the titular role, Highlander was great fun, an all-action romp – and the new slot definitely captures the thrills of the film.

It’s put us in the mood for more eighties movies, frankly. But truth is, films made back in that decade sometimes look a bit creaky by today’s standards, with shonky special effects and some slightly flat camera work. Here, then, are some ideal 80s candidates for a slick new remake. You might not be able to improve on the daffy perfection of Highlander, but the movies below could surely use a sympathetic update. 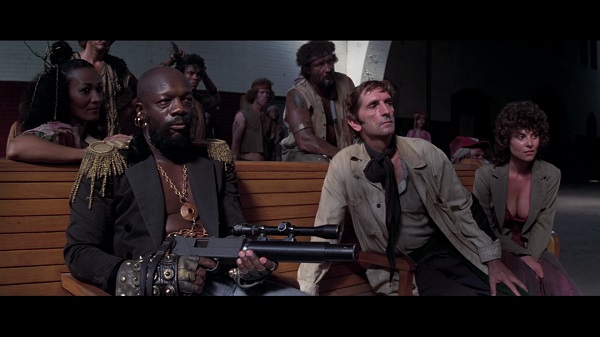 This is a nigh-on perfect candidate for a revamp (and actually, it’s supposedly getting one – apparently Robert Rodriguez is set to direct). Conceived by John Carpenter, Escape From New York follows the antics of disaffected war vet turned bank-robber Snake Plissken, played with laconic toughness by the excellent Kurt Russell.

Snake’s influence is such that Hideo Kojima, the creator behind the brilliant Metal Gear Solid video games, was strongly inspired by the character when he came up with his own hero, Solid Snake. But in the film, while Snake is a magnetic personality, and there’s memorable turns from the likes of Isaac Hayes, Ernest Borgnine, Donald Pleasance, Harry Dean Stanton and Adrienne Barbeau, the film itself is a strange watch – there are some great moments, but also ideas that don’t quite reach their full potential. There are set pieces that should scintillate – yet end up feeling pedestrian.

For all that, this is still one of Carpenter’s must-see movies, with one of the greatest nihilistic endings in film history. And Snake is awesome. A new, big budget version of this done right would be amazing. 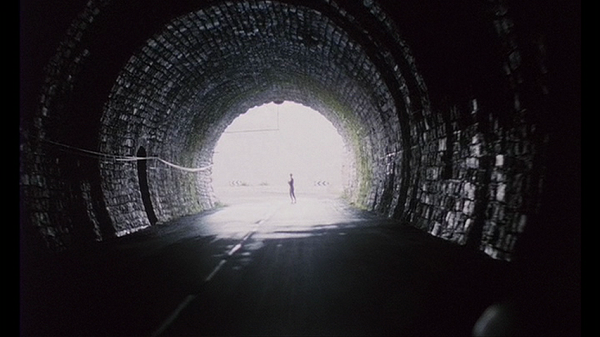 One could argue that this is an example of a film that doesn’t need a remake – and that’s borne out by the fact that there was a Hollywood remake, five years after the original, that stunk the place out. Still, bear with us…

This Dutch/French co-production is an absorbing, supremely creepy tale of a man whose girlfriend disappears without explanation during a routine stop at a service station. The film follows the efforts of the man, Rex Hofman, to locate his lost love – or at least find out what happened to her.

Adapted by director George Sluizer from the novel by Dutch writer Tim Krabbe, The Vanishing chooses deep chills over cheap shocks, and is all the more memorable for it.

Avoid all spoilers; and whatever you do, don’t watch the abysmal Kiefer Sutherland remake (which, remarkably, was also directed by Sluizer, taking his chance in Hollywood – and unfortunately diluting the raw horror of the original for a by-the-numbers thriller).

This original version can’t really be beat – but we’d take a faithful remake for the 21st century in a heartbeat, if it could match excellence of the first film. Let’s face it, another Hollywood remake would undoubtedly earn a bigger audience than a subtitled film – if they could get, say, David Fincher on the case, they’d be heading in the right direction… 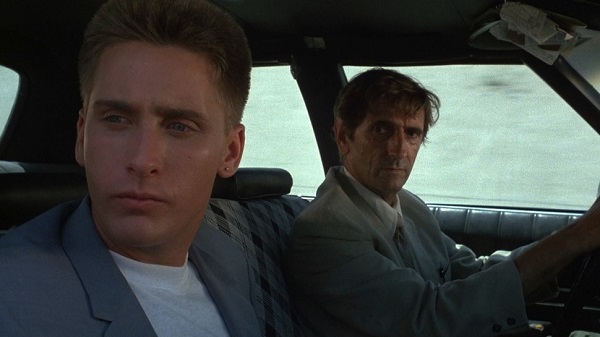 This off-kilter satire was directed by Alex Cox, who older readers may remember as the unusual fellow who used to crop up on BBC’s moviedrome series, talking cult movies.

Cox was the right man for the job; Repo Man is one of the foremost cult movies of the last 40 years, an oddity with an edge that attacked consumer culture, televangelists and ‘ordinary f*cking people’ alike.

Repo Man stars Emilio Estevez as bored young punk Otto, who finds meaning in his life when he gets a job working as a repossession man (taking back cars from customers who have failed to make their payments) alongside the older, more experienced Harry Dean Stanton’s Bud. It’ s a wild ride – but while the film’s staunchest fans will cry heresy, Repo Man does look a little rough around the edges.

Some would argue that’s part of the film’s charm, but a new version from the right director could expose this offbeat piece of cinema to a whole new audience. Just don’t bother with the quasi-sequel, Repo Men, which came out in 2010 to overwhelmingly negative reviews. 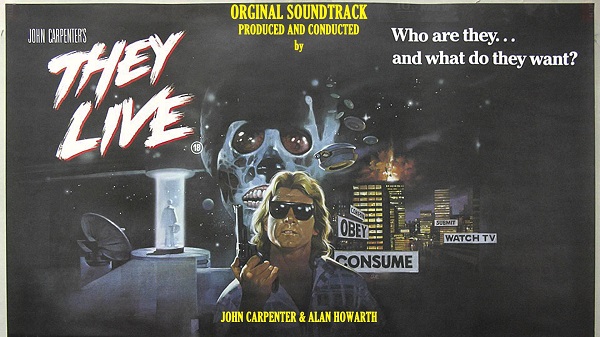 More John Carpenter? Yep, but this one really needs an upgrade. The concept is intriguing, if executed in daft fashion; aliens have secretly invaded the planet and are controlling humans through subliminal mind control techniques (advertising).

In 1988, it was intended as a satire on consumerism; in these current dark days of fake news and conspiracy theory, it might be taken at face value by certain sections of the audience, except for the fact that Carpenter’s film is so overwhelmingly silly. For a start, the lead is played by wrestler ‘Rowdy’ Roddy Piper, who is likable – but limited.

Then there’s the fact that Piper discovers the alien plot to control humans when he puts on a pair of sunglasses that allows him to see the true messages behind the advertising – as well as the fact that many of the humans he runs into are actually skull-faced aliens.

It’s ridiculous. On the plus side, it does have an absurd fight between Piper and the always brilliant Keith David, beating the ever-loving crap out of each other – all because David refuses to try on the sunglasses. But it’s not difficult to imagine a modern version of this becoming a big hit, if they could just tone down the madness. 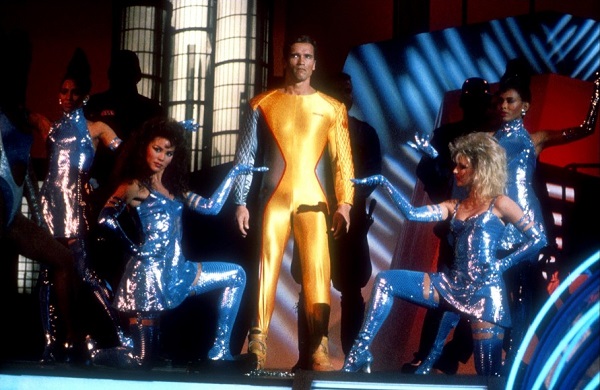 The film is actually adapted from a rather fine Stephen King novella, but this version takes little more than the raw concept and jettisons the taut brilliance of the original. As Ben Richards, Arnie is forced to take part in a TV game show where the object is simply to survive, attempting to avoid the attentions of a squad of deadly ‘stalkers’. Predictably, the lunk-headed Austrian makes short work of the bad guys.

Honestly, as an action film The Running Man is not good. Still, this is almost worth a watch to hear Arnie’s delivery of some particularly choice dialogue – such as: “I’ll live to see you eat that contract, but I hope you leave enough room for my fist. Because I’m going to use it to ram it into your stomach, and break your goddamn spine! Arrgh!”

Remake it with a more respectful nod towards the original source material, and this could take on the sober savagery of a Jason Bourne film; edgy, exhilarating, a blast. As it is, this version is pretty tepid – though still worth a look if you want to hear Arnold sounding absolutely ludicrous.

Highlander is available to play now on 32Red – check out our casino for the full range of great slots.