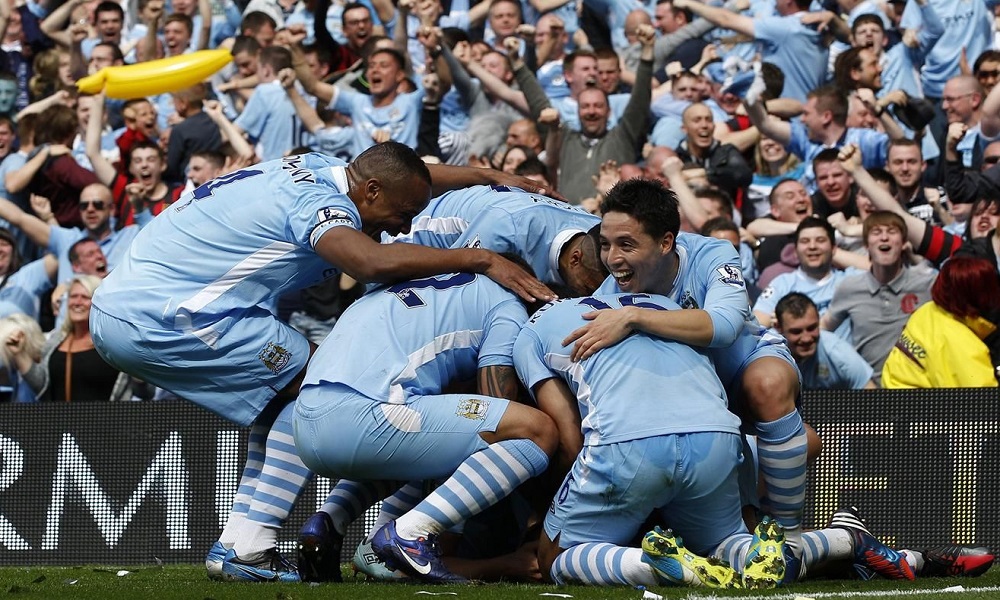 With the Premier League celebrating its 25th year – and our latest promotion, the £15,000 Slots Shootout taking inspiration from classic football face-offs – we’ve decided to take a look at five of our all-time favourite matches in the history of the league. 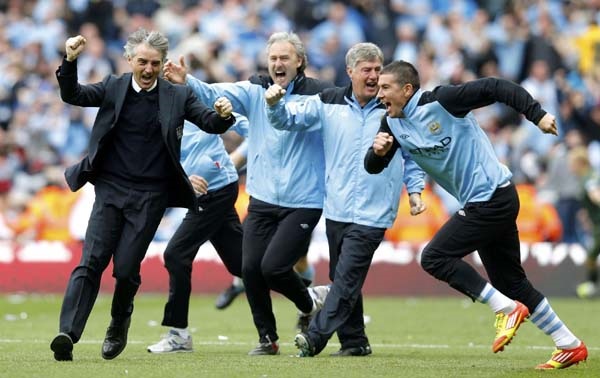 Yep, this one. To clinch the Premiership In their final game of the season, Man City needed a win against a QPR side that had struggled all season, only narrowly avoiding relegation. But if victory for Roberto Mancini’s City seemed assured, the reality was astonishing.

Pablo Zabaleta would open the scoring for the Blues in the first half, but soon after the restart Djibril Cisse restored parity. With the scores 1-1, Joey Barton was sent off for clashing with Carlos Tevez. Yet then Jamie Mackie scored to give 10-man QPR the lead – while United were winning against Sunderland, and heading for the title.

With the full 90 minutes played, City require two goals in stoppage time if they were to win the Prem. It seemed an impossible task, some City fans filing out of the Etihad in despair as the dying moments of the game played out. But Edin Dzeko would equalise with a header in the second minute of injury time to give City hope.

Then, with United’s game ending at Sunderland and the United players believing the title was all but theirs, Sergio Aguero would score in the 95th minute to stun football fans around the world. 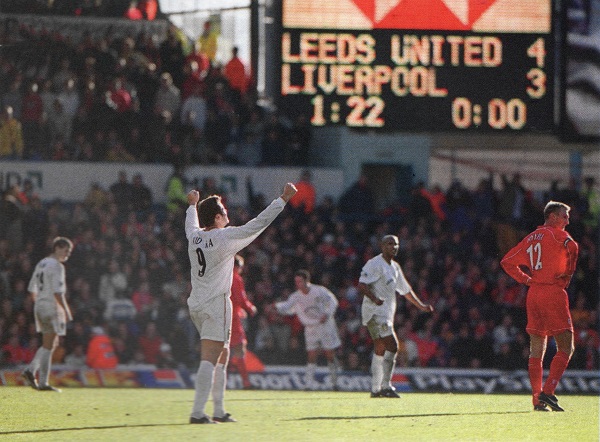 Liverpool started this match in furious fashion, Sami Hypia scoring the opener in the second minute before Christian Ziege would double the advantage in the 18th minute. But Mark Viduka would near single-handedly bring about the recovery for Leeds, the Australian hitting back with all four goals for the home side to stun the visitors.

Gerard Houllier’s Liverpool looked like potential title-challengers, having won five games on the bounce before this match. Yet Leeds were level by half-time, and when Vladimir Smicer’s 61st minute goal for the visitors threatened to pull the rug from under David O’Leary’s side, it was Viduka who hit back again, scoring twice in the space of two second half minutes to make certain of a famous victory over the Merseyside team.

With Lee Bowyer’s vicious foul on Emile Heskey, and a last gasp challenge from Jamie Carragher to prevent Alan Smith capitalising on a Markus Babbel error, even beyond Viduka’s goals this was not a match short on incident. One to remember for Leeds fans. 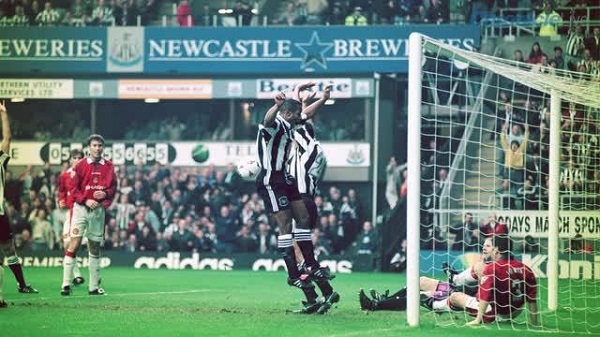 Kevin Keegan’s Newcastle never earned the trophies their manager’s blueprint for freewheeling attack-minded football deserved. But if Keegan was ultimately the loser against Sir Alex Ferguson’s Manchester United, occasions like this will continue to live long in the memory of the faithful Toon fan – and anyone else sick to the back teeth of Man U.

Darren Peacock would open the scoring for Newcastle in the 12th minute, with David Ginola adding a second on the half hour mark. In the second half Les Ferdinand, Alan Shearer (who had joined the Magpies despite much interest from Man Utd) and Philippe Albert all found the net against a toothless, chastened United.

This victory would send United spiralling into a minor crisis, with losses to Chelsea and, famously, Southampton in the following weeks – the Saints would win 6-3, with United famously changing kit at half-time in a hapless attempt to get back on track. Alas, United would survive this blip, eventually going on to win the title – while Keegan would resign in early 1997, as Newcastle’s title challenge petered out. 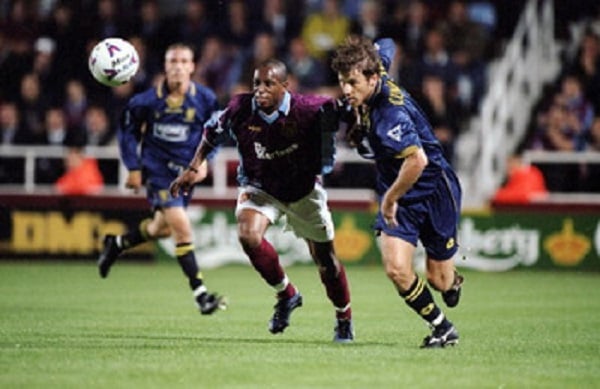 Not perhaps the most glamourous encounter on paper, but this turned out to be a scintillating affair, Harry Redknapp’s West Ham going 3-0 up within half an hour, courtesy of John Hartson and a brace from Ian Wright.

If it looked like it could turn into a rout for Joe Kinnear’s visitors, instead the Dons hit back, Marcus Gayle sparking the comeback with a strike on the 30th minute. He would strike again in the second half, with Jason Euell and Efan Ekoku both notching up goals for Wimbledon to complete an outstanding turnaround. 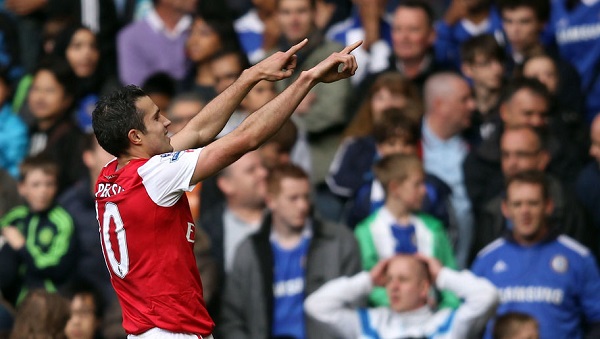 With Andre Villas-Boas keen to prove he was the right manager to take Chelsea forward, the Blues came into this match off the back of a narrow away loss to QPR. But Chelsea fans would hardly expect to see their team, so effective in defence in recent years, ship five goals to the Gunners.

The home side started well, Frank Lampard opening the scoring in the 14th minute – but Dutch master Robin van Persie would equalise for the visitors. From here the pendulum swung back and forth, John Terry restoring the lead for Chelsea in the 45th minute, but Andre Santos putting Arsenal back on terms early the second half, before Theo Walcott gave the Gunners the lead.

Juan Mata levelled the scores once more in the 80th minute – only for Terry to slip, allowing Van Persie the chance to snatch the lead, which he duly dispatched. RVP would complete his hat-trick in stoppage time, putting a rocket past Petr Cech to leave Roman Abramovich’s team humiliated.

The £15,000 Slots Shootout is up and running right now. Every day up til the 20th of August, two of our most popular slots go head-to-head. Choose your favourite, and win or lose, you could land a sweet bonus! For more info, check out the offer here.