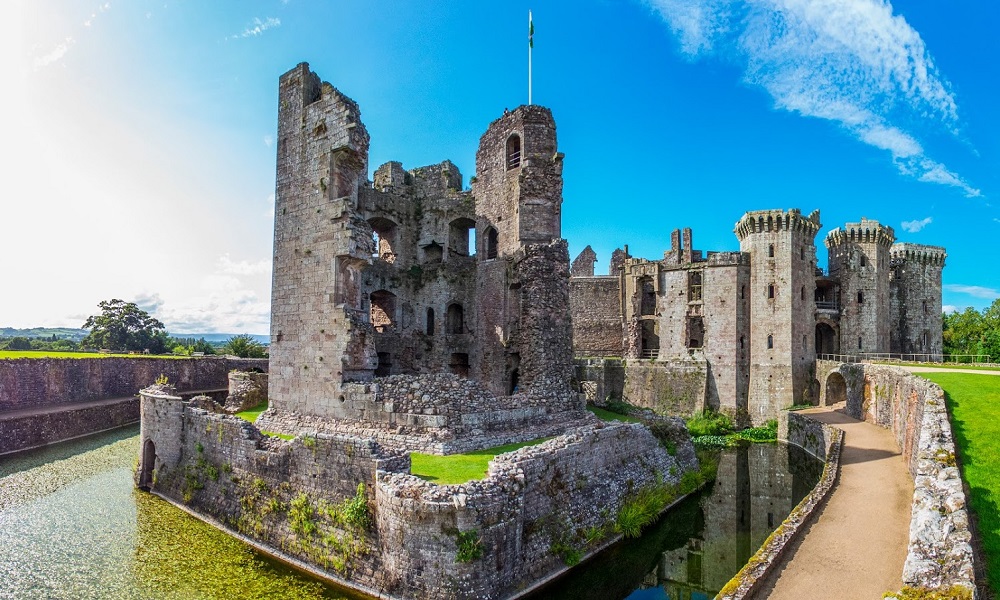 5 Greatest Castles of all time

With the brilliant Castle Builder II slot out now, we thought now was as good a time as any to settle that age-old dispute – just which are the five greatest castles of all time? 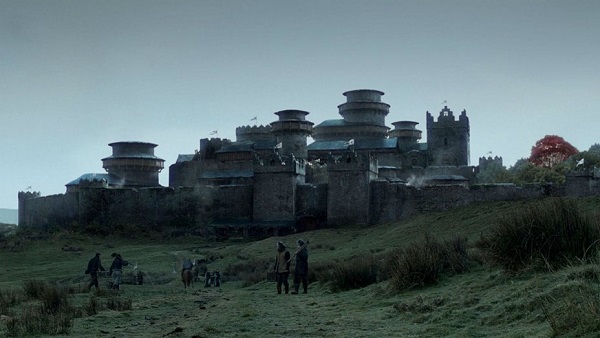 Hit TV show Game of Thrones provides us with our first castle – and what a fine specimen it is. Sure, there might be more impressive looking castles in the world of Westeros, but for us, Winterfell is number one. House Stark innit? The good guys. Bet Ned wishes he’d never left, the poor sod.

Not one of those johnny-come-lately structures, Winterfell is 8,000 years old, according to the mythology of the show. Fancy a visit? You’ll need to go on a bit of a castle-viewing spree – what you see on the telly is actually put together from footage of a bunch of different castles, including Doune Castle in Scotland, Castle Ward in Northern Ireland, and Shane’s Castle in Northern Ireland. 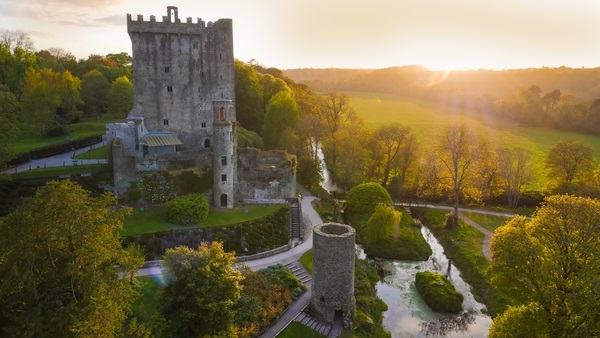 We’re out of the realms of fiction now, but Ireland’s Blarney Castle has plenty of mythology surrounding it. It’s most famous, of course, for the Blarney Stone – the story goes that if you kiss this object, you’ll be newly endowed with the gift of the gab. Unofficially, you might want to give it a miss, however; an Irish girl I used to go out with swore blind that some of the locals, er, didn’t treat the stone with much respect. To the point that kissing it might not be entirely hygienic.

Be that as it may, Blarney Castle is a fine old place, a medieval fortress dating back to 1446. If you fancy visiting for yourself, you’ll need to get over to County Cork, and it’s well worth the trip if you’ve a thirst for exploring authentic old monuments. Or a thirst for stout, come to that… 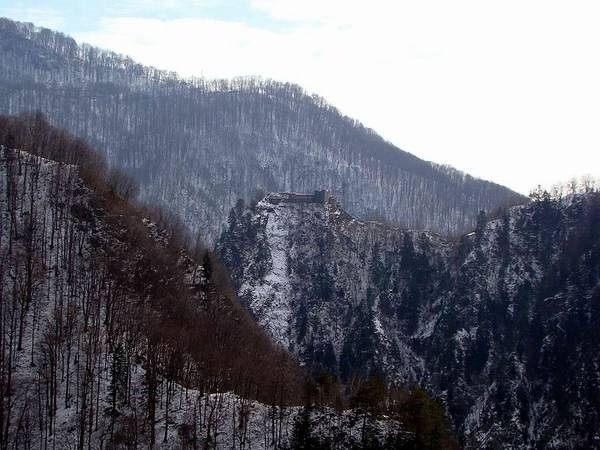 Most castles probably have their fair share of bloodshed and mayhem, but seldom has such a grisly history been associated with one stronghold. It’s a ruin now, but Poenari Castle in Romania is still worth a visit if you’re a fan of historical wickedness.

Know who used to chillax at this medieval crib, back in the day? Only Vlad the Impaler, supposed inspiration for Bram Stoker’s Count Dracula. Yes, 15th century despot Vlad oversaw the castle’s refurbishment (before Vlad’s day, it used to belong to some other bloke called ‘the Black King’). It’s still there now too, if you fancy a trip to this beautiful East European country – though it’s not quite as you’d have found it in the bad old days.

During Vlad’s time as ruler, the wicked despot impaled local people on stakes and had them posed around the grounds of his castle, as a bloodcurdling warning to anyone thinking of crossing him. I know the scriptures say judge not lest ye be judged, but I’m just going to come out and say it, this guy was a real jerk. 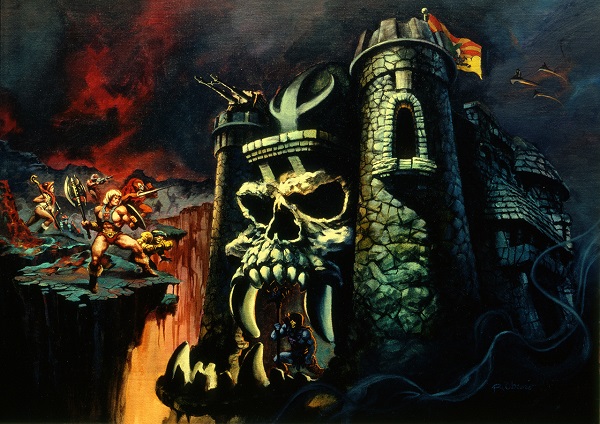 We’re not going to pretend we’re fans of eighties cartoon series He Man. In fact, as far as we can see the whole enterprise was put together to sell a few plastic action dolls to chump kids who didn’t know any better. The cartoon series was formulaic too. That said, Castle Grayskull does look pretty cool, in a kind of death metal style.

Yes, Castle Grayskull was the des res of a hooded, muscular skeleton who went by the not especially imaginative name of Skeletor (hey, at least it sounds better than one of his nemeses, Ram Man). Basically Skeletor and his mates hung out here thinking of ways to take over the planet of Eternia. He was sort of like a more ambitious Kim Jong-Un.

Uh, Grayskull has got all the usual castle features, plus as far as we can remember Evil-Lyn came over sometimes. I don’t know if Skeletor was actually officially in a relationship with Lyn, but I think it’s safe to say there was definitely something going on there. You know what I’m talking about. 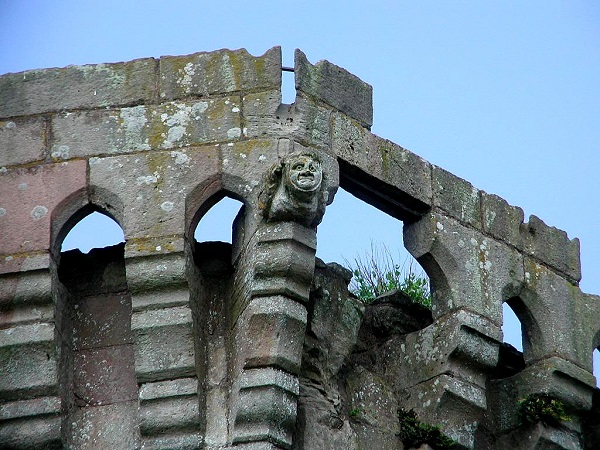 This place is a ruin now, but as ruins go it’s pretty handsome; the original castle dates back to the 1430s, and was used as a stronghold during the siege of the English Civil War in 1646. More recently it   appeared in Terry Gilliam’s classic Time Bandits movie.

To visit, head to the village of Raglan in Monmouthshire, Wales. Even though the place has dirty great holes ripped out of its masonry, even now it looks pretty majestic from the right angle. There are intricate carvings, weird gargoyles and, who knows, perhaps the ghosts of warriors from that great siege haunt the place. Although no-one’s ever mentioned seeing any. Seems to me the marketing lads have missed a trick…

Castle Builder II is available to play now on slot, desktop and tablet. This ground-breaking new slot is part of the next generation of casino games, offering a rich and deep gaming experience that offers three characters to play as, all with their own storyline.

With 15 kingdoms to conquer and 75 castles to build – along with 100+ achievements to unlock – Castle Builder II has plenty to keep you busy. There’s all the features you’d expect too, with expanding wilds, free spins, and a brilliant wedding bonus. Ready to be King of the Castle? Play now on 32Red.