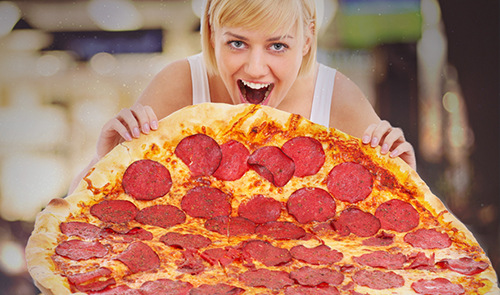 5 of the most insane eating challenges in the UK

Ever since Man v. Food hit the small screen, the world has gone nuts for eating challenges. And, now the gut-busting craze has even made its way to the UK. From two-foot long sausage rolls to human-sized breakfasts, there are no end of colossal food contests this side of the Atlantic. So, if you reckon you’re up to the challenge and could polish off a mountain of grub, give one of these crazy feasts a go. 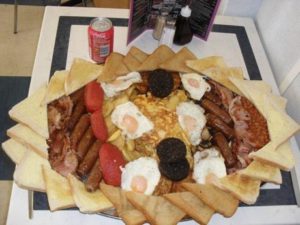 The challenge: This “heart attack on a plate” consists of 12 bacon rashers, six eggs, 12 sausages, four slices of black pudding, beans, tomatoes, mushrooms and more. It weighs more than the average small child (hence the name) and has a staggering 6,000 calories. Wolf down the meal in under an hour, and you get your meal free, plus tons of kudos from fellow diners. Egg-cellent! 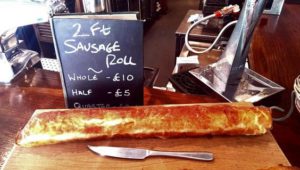 Where? The County Arms, Wandsworth

The challenge: Everyone loves a tasty sausage roll. But, this two-foot long monster of a snack is probably the most epic ever. Chow down on the whole pastry in under five minutes, and you’ll get your meal free and a T-shirt as a keepsake. It may be a slightly underwhelming prize, but roll with it. 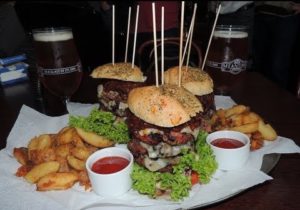 The challenge: Food challenges don’t come much more artery-clogging than this. The colossal dish consists of three one-and-a-half-pound burgers, BBQ pulled pork, chips and a pint of Pale Ale thrown in. Polish it off in an hour and you get your meal free, plus major bragging rights among all your mates. 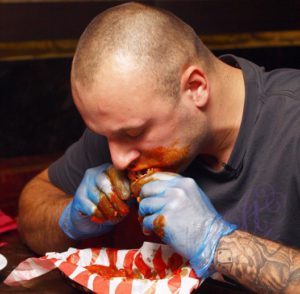 The challenge: The Naga Viper Chilli Challenge is so hot, you have to sign a waiver before you tuck in. Contestants are given six super-hot chicken wings to finish off within ten minutes, and they’re not even allowed water to cool down. Succeed where hundreds have failed and you’ll get your photo on the wall of fame. We couldn’t think of a better way to spice up an evening. Could you? 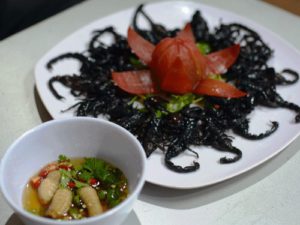 Where? Bo Cap Lua restaurant, Ho Chi Minh City, Vietnam. (Yeah, we know it’s not in the UK but it was too good to miss off the list.)

The challenge:  If you’re ever in Vietnam and fancy gorging on bugs, head over to the Bo Cap Lua restaurant. The eatery is offering VND 500,000 in cash (approximately £14) to anyone who can complete its eating challenge of 20 deep-fried scorpions and five live coconut worms. The downside is you’ll have to pay VND 250,000 if you don’t finish the dish in under five minutes. So, make sure you’re really up to it, if you don’t want to get stung.

Love weird and wacky eating challenges? Then head over to the 32Red online casino and play our cracking bushtucker-themed I’m a Celebrity…Get Me Out of Here! slot.