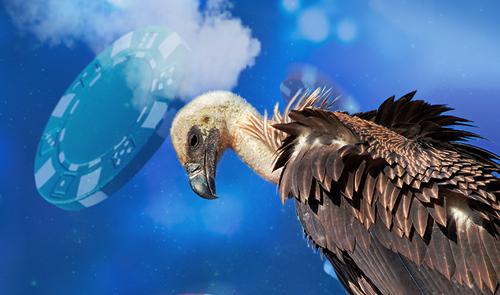 5 weirdest gambling superstitions from around the world

The Chinese believe red is an extremely lucky colour especially when you’re placing a bet. In fact, it’s considered to be so lucky that Chinese gamblers make a habit of wearing red underwear in the casino just to boost their luck. It doesn’t matter if they’re Y-fronts, boxers or a bra as long as you’re wearing red by the card table you’re good to gamble. Hhmm, sounds like a whole lot of pants to me!

Not to be out-done when it comes to barmy superstitions, gamblers in Thailand are known to wear penis medallions around their neck for good luck. The necklace or “Palad Khik” translates to mean “honourable surrogate penis” in Thai. And they don’t just believe the medallions will boost their fortunes. The medallions are also believed to make you irresistible to women. Just don’t get too cocky about your chances, boys.

In South Africa, many gamblers believe that voodoo or ‘multi magic’ will bag them some extra luck. In fact, many South Africans believe smoking the dried brains of vultures will give them special powers like the ability to predict lottery numbers and match results. The dried brains are in such high demand that vultures are now facing extinction in South Africa. Come on guys, we all want to win big but that’s really fowl play!

Gamblers have an unfair reputation for being dishevelled and unkept. But in India, there may be some truth to the matter. That’s because gamblers on the subcontinent are incredibly superstitious about their grooming habits. Indian punters believe it’s unlucky to shave on Tuesdays, wash your hair on Thursdays and cut your nails on Tuesdays or Saturdays. Just don’t end up on a losing streak mid-week or things could get really hairy!

It’s a common belief among African-Americans that an itchy palm means you could be about to come into money. The somewhat bizarre belief has its origins in ancient African religion but also Native American folklore. Bet married gamblers actually look forward to the seven-year itch. Wa-hey!

So that’s our list of weird and wacky gambling superstitions around the world. Have you got a barmy superstition of your own? Or a lucky charm that’s helped you win big? Share it with us below!

And if you want to try out any of these superstitions for yourself, head over to our online casino where we have a ton of magical poker, roulette  and online bingo games.