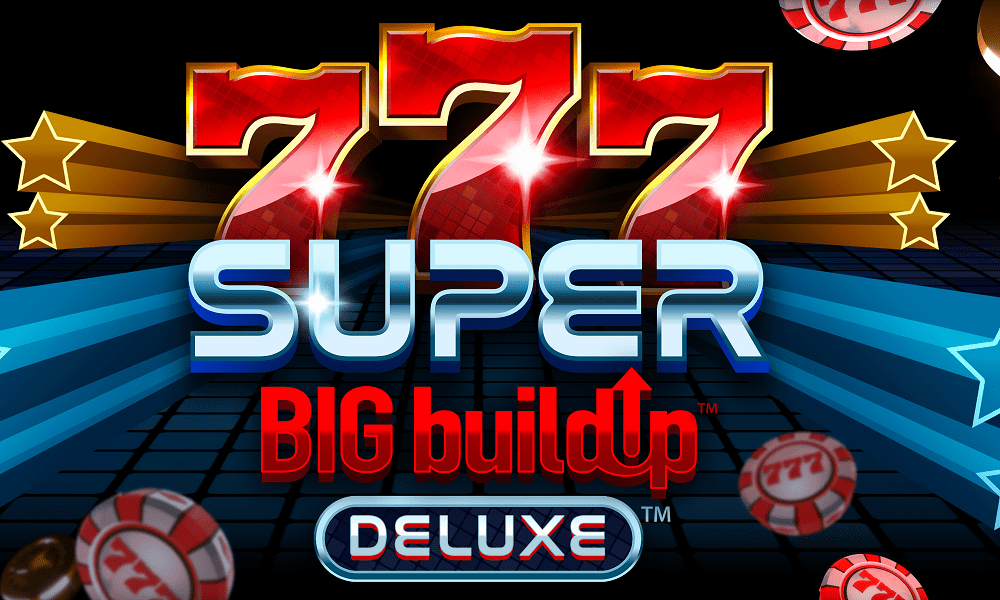 Big, Super and Deluxe, all in one title? That’s some mighty big talk. But this new release from Games Global and Crazy Tooth Studio is replete with rockin’ good casino excellence.

Bursts of light, shooting stars, they’re all here to make this release feel ultra-modern – even with the lemons, cherries and bars on the reels.

But beyond the trappings of 777SBBD, there’s plenty to like when it comes to play mechanics too. With the Any Adjacent Pays feature, winning combinations can occur anywhere on the reels.

Meanwhile, the BIG BuildUp feature can trigger randomly during any spin. You might scoop the Deluxe prize. Or alternatively, you could be awarded feature chips, which in turn can bestow players with Wilds or Multipliers.

Each time a star symbol lands on the reels, the Deluxe prize total is increased until it reaches its maximum of €4,500. 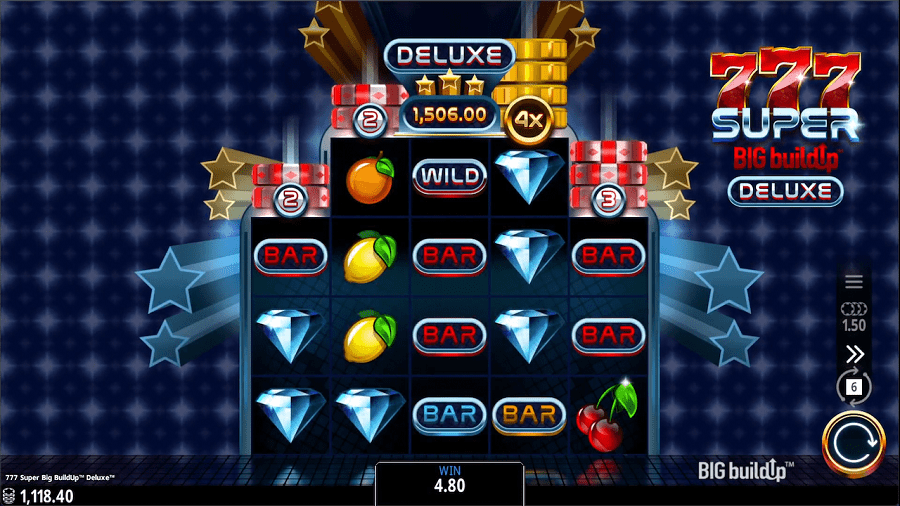 Meanwhile, if you’re awarded a Wild, it will add a symbol position, expanding the reel. The more Wilds that land, the bigger the reels can grow, offering more space to put potential winning combos together.

There’s also a Super Deluxe bonus, triggered when three or more scatters land in a spin.

You’ll be awarded a number of bonus spins, during which chips can flip onto the display, awarding Wilds and expanding the length of the reel by one position.

These Wilds don’t disappear on the next spin, instead moving down one position with each bonus spin until they move beyond the edge of the display.

Super Big definitely lives up to its ostentatious name. With a audio-visual overload of slot sensation, this one is a blast to play. And with lots of opportunity to send those reels sky-high, the payouts are potentially in the Deluxe category, too. Ready to go large?

Released 8th July 2022. In the meantime, visit 32Red Casino to check out a wide range of table games and slots!