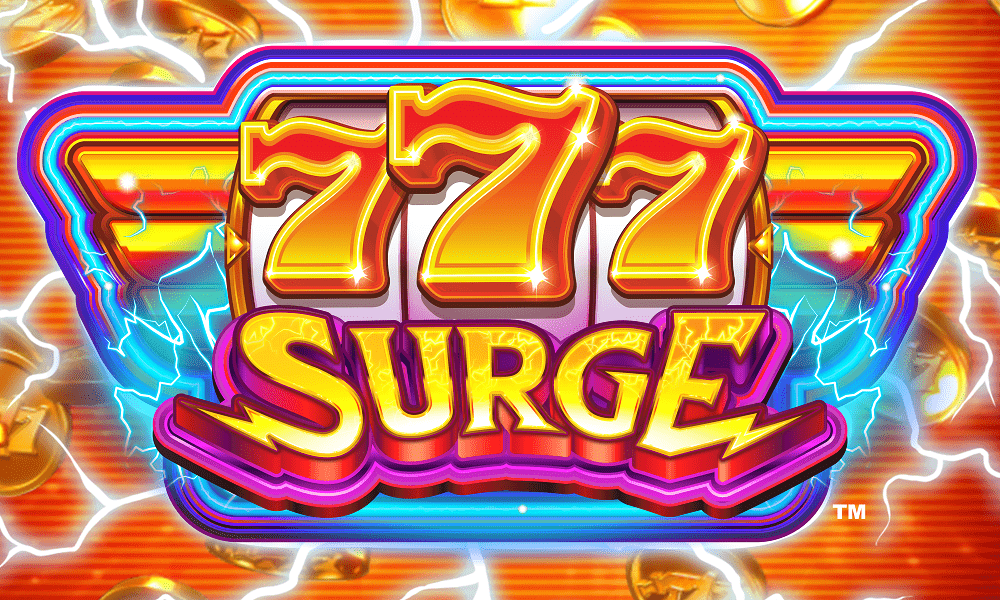 Feeling the urge for Surge? Waiting for a new Surge to emerge? All set to splurge on Surge? Yes, there’s a new slot in town, and – duh – it has the word Surge in the title. Play 777 Surge now

We’re talking 777 Surge – and this triple seven slot from Microgaming and Gameburger Studios is all kinds of awesome.

But look beyond the initial base game action, and there’s more going on here. There’s the usual slot features, of course. Bonus symbols can appear anywhere on the reels, individually or in stacks.

And if three or more Bonus symbols land anywhere on the reels, the Mini Reel Bonus is triggered. Each Bonus Symbol becomes a self-contained three-reel mini game; reels within reels, it’s like the slot equivalent of Inception.

Any hoo, with the Mini Reel Bonus capable of landing frequently, there’s serious win potential with this offbeat slot. If you can land three matching symbols in a mini reel bonus, you’ll win a prize – and the top three 777 symbols offer a payout of 4,000! 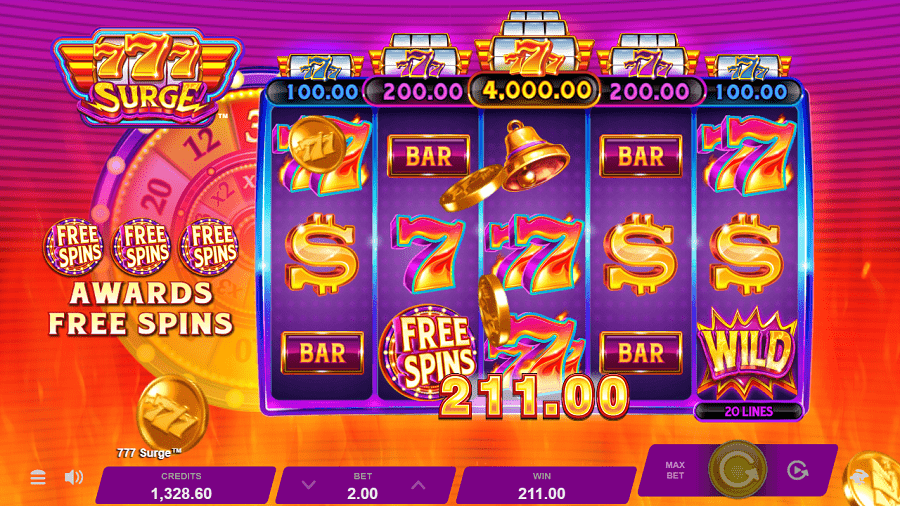 777 Surge isn’t a one-trick pony though – there’s also a very cool Free Spins bonus to play for here. Land three Free Spin symbols anywhere on the reels for a spin on the Free Spins wheel, where you can land between seven and 30 Free Spins.

There are also multipliers up for grabs with the Free Spins – spin a wheel to determine whether you’re granted 2x, 3x or 5x. Then this multiplier will be applied to subsequent wins during the feature. And the Mini Reel Bonus occurs even more often during the Free Spins, too.

The action is all brought to you via simple but sharp visuals, and a pleasing, unusual colour palette that catches the eye.

You may think you’ve seen it all when it comes to the slot experience, but this release manages to bring something novel to the scene. Freaky features, sky-high potential – we’re definitely sold on this power Surge. Ready to discover a new dimension in slot gaming?

Released on 3rd May 2022. In the meantime, visit 32Red Casino to check out a wide range of table games and slots!

Continue Reading
You may also like...
Related Topics:777 Surge, featured

Spirit of Adventure slot out now
Revealed at last: the greatest British gameshow slots ever