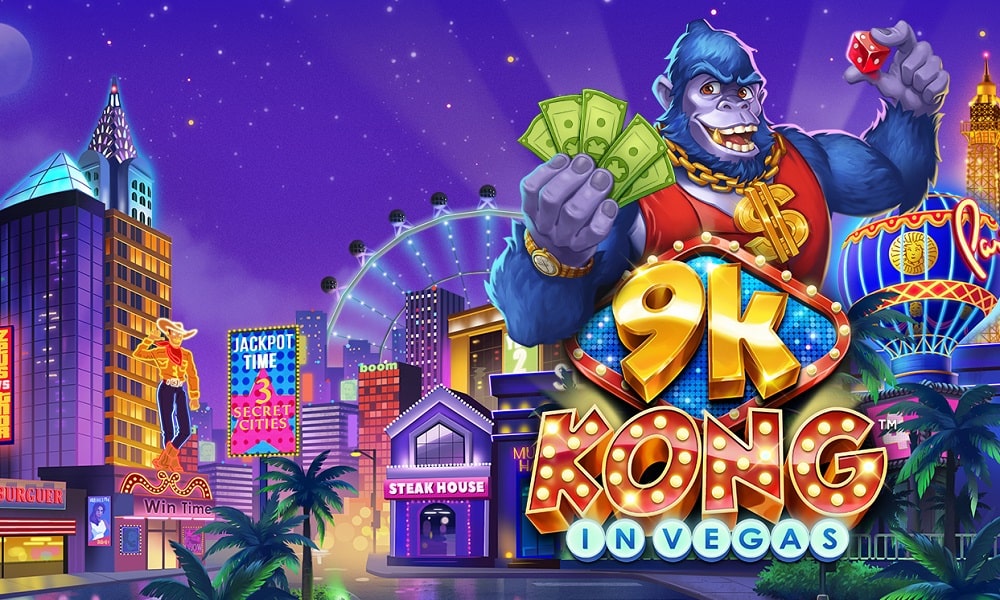 In the old days, Kong used to spend his time scaling buildings, swatting fighter planes and trying his luck with the ladies. Play 9K Kong in Vegas now

But the 21st century Kong seems more concerned with hitting the casino than hitting it off with whatever poor damsel happens to catch his eye. In 9K Kong in Vegas, this big ape is all about the big money.

Judging by the garish giant gold dollar sign he wears round his neck, Kong is looking to clean up in Sin City – and you can join the big lug on his quest for riches.

With reels comprised of Vegas staples like exotic cocktails and dice, plus Kong staples like giant lizards decked out like Elvis, there’s no doubt this is a slot with personality.

The style might be eccentric, but the visuals definitely have plenty of charm – while the laidback soundtrack adds to that “anything goes” Vegas vibe.

And prize-wise, there’s definitely good reason to get stuck into this new release from Relax Gaming and 4ThePlayer.com. Like a top prize of 9,216x your stake, for instance.

There’s also a very cool Big Win Repeater feature. Every time you score a win that’s bigger than 10x, Kong will climb the side of the reel – and you’ll have a chance to spin a wheel to try to win the same prize a second time. 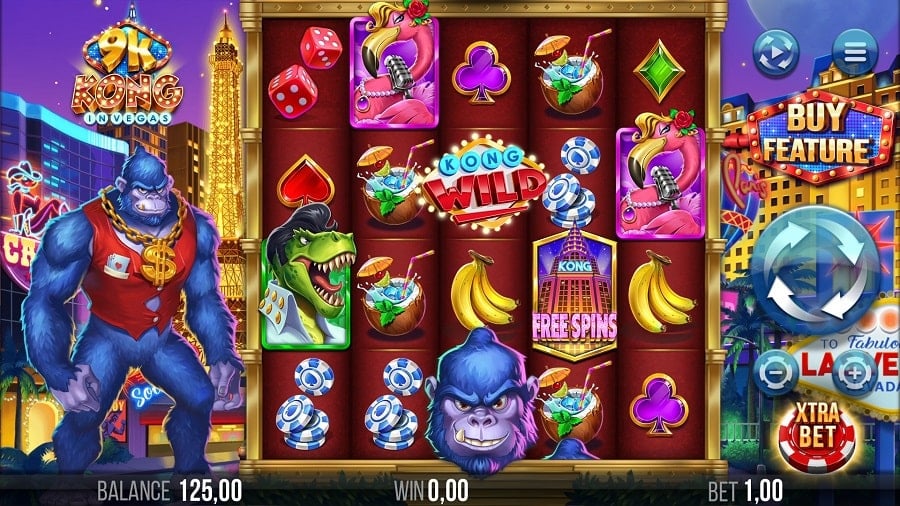 There’s also a Free Spins feature, triggered if you can land three scatters in one spin. And during this feature, a Free Spins Repeater feature kicks in once you’ve used your Free Spins.

Again, you’ll spin a wheel to determine if you’re a winner. If you’re luck’s in, Kong will climb to a new level, and you’ll be granted more Free Spins.

There’s plenty of potential, if you’re prepared to get on board with this great ape, then. More fun than a barrel of monkeys? Put it this way – as far as primate-based slots go, if it ain’t Kong, it’s wrong…

Released 16th November 2022. In the meantime, visit 32Red Casino to check out a wide range of table games and slots!

Continue Reading
You may also like...
Related Topics:9K Kong in Vegas, featured