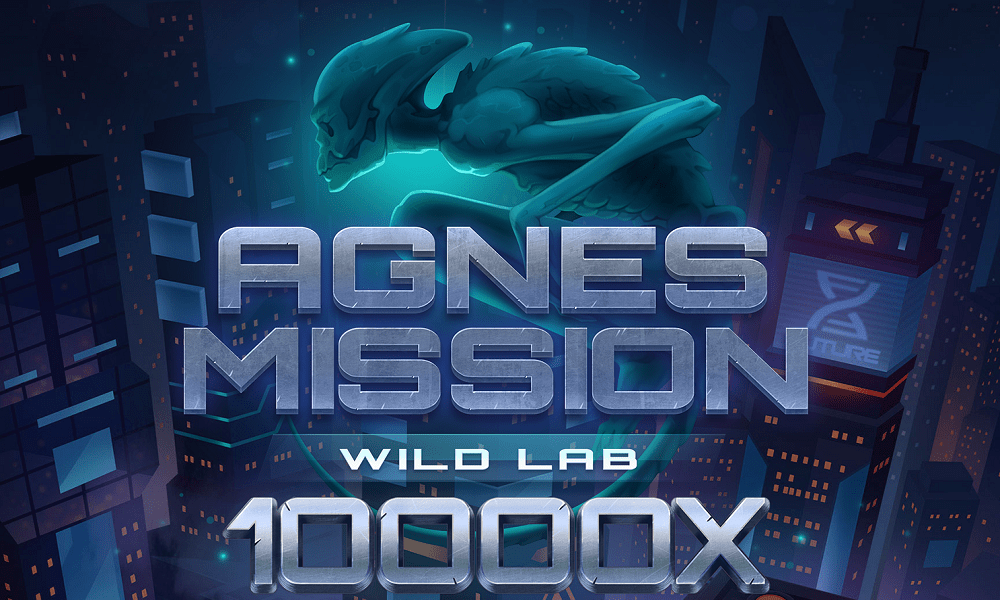 Okay then. Agnes Mission: Wild Lab sees Aggie the Alien on a mission to save the fate of an entire species, apparently. Which suggests she’s kind of heroic, right?

Meanwhile the humans that grabbed the embryos and are presumably conducting experiments on them are effectively, well, the bad guys.

I mean, it’s not a stretch to imagine humans as despicable sleazebags. We’re just not used to seeing that kind of characterisation in a slot, frankly.

Anyhoo, if you can help Agnes dodge the laser gun toting special agents and sadistic scientists that have been sent to stop her, turns out that preventing an entire species from extinction is just for starters. You could also win some pretty tasty payouts…

And as well as the atmospheric feel, there’s some solid features to keep you entertained. 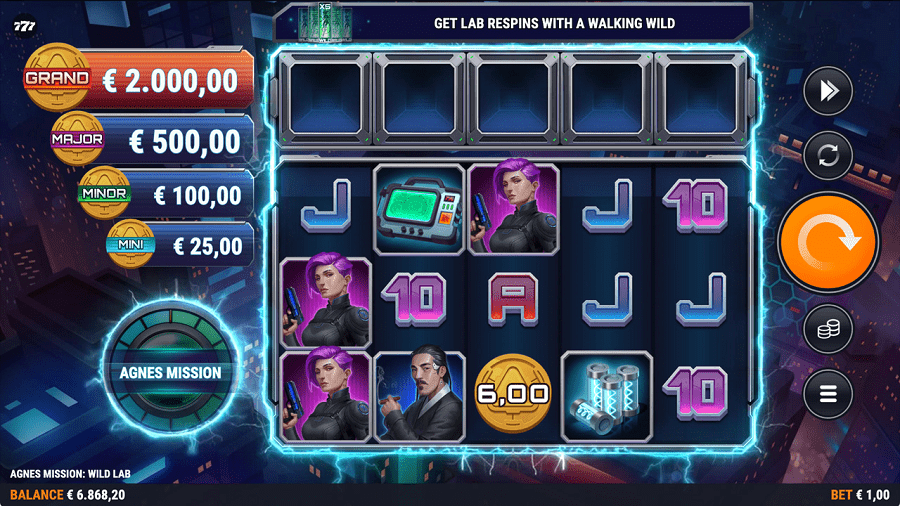 Like the Agnes Coin Collect; Agnes Coins symbols can appear on the reels, and if you land a Collect symbol on the extra reel at the top of the screen, you’ll win the associated Cash Prize.

There are also four jackpots that can be won with Coin Collect, ranging from Mini Jackpot, which awards 25x your bet, to Minor which gives 100x your stake. The Major Jackpot awards 500x – and with the Grand Jackpot, you can scoop 2000x your stake.

Back in the Base Game, there’s also a Toxic Mutation feature that can kick in on any spin; when this happens, the reels will randomly shuffle to create winning combinations.

And it’s also possible to trigger the Walking Wild Lab feature. Agnes can randomly appear in front of the reels, and her appearance may see an embryo symbol appear on the Extra Reel.

Embryo symbols can trigger the Walking Wild Lab Respins. Walking Wilds will cover each position on its reel, and will move one reel position to the left with each spin. There’s also a multiplier that starts x1, but can rise as high as x5 if you land additional Embryo symbols.

Bear in mind that when you land embryos on the Extra Reel you also increase the Embryo Meter. Fill the meter all the way, and you’ll trigger the Agnes Mission, granting you a better shot at triggering Agnes Coin Collect and Walking Wilds.

Fancy assisting a bizarre alien lady, thwarting evil humans – and winning big in the process? Agnes, we’re on your side. Not long now ‘til you can liberate the Lab…

Released 28th September 2022. In the meantime, visit 32Red Casino to check out a wide range of table games and slots!