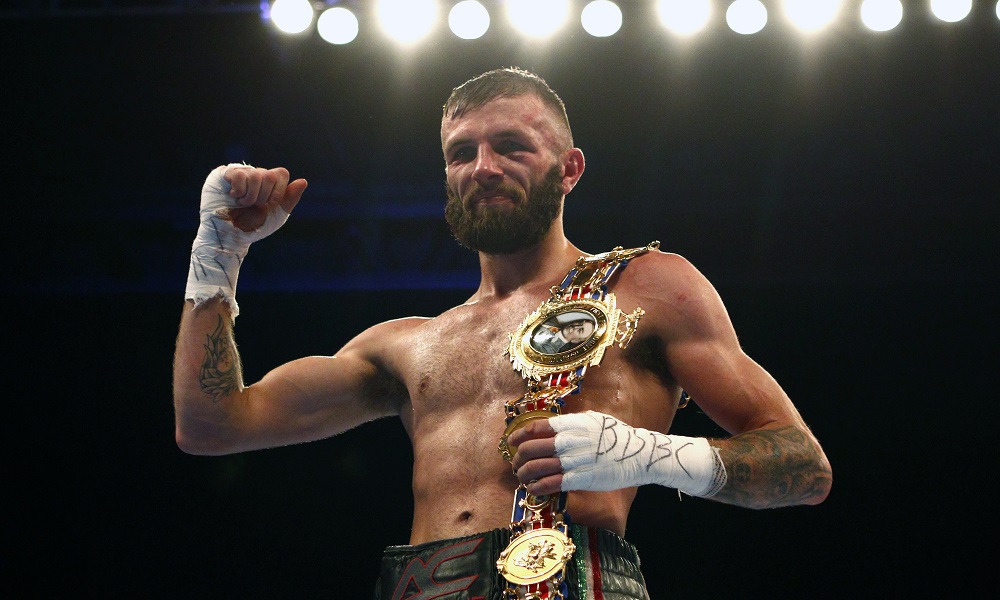 It was mid February and things were on the up for Anthony Cacace. After lockdowns, fight postponements and pure bad luck the British super featherweight champion had just received some good news. Carl Frampton may been forced out of his world title fight with Jamel Herring but rather than cancel the whole bill and send Cacace into the wilderness again, the rest of the card would still proceed. After more than a year of inactivity, he would now be a headliner. At last, everything seemed to be falling into place for ‘The Apache.’

“I genuinely thought that was it. Jesus Christ, I’m down at the weight and thought it was going to be scrapped,” Cacace told 32Red just a couple of days after receiving the news. “That was the big fight on the card. That would have went to trend but I’m absolutely delighted. Headlining a BT Sport bill is a big opportunity. You can’t ask for better really can you?”

Less than one week after the conversation, Woodstock would test positive for coronavirus and for the second time their fight was postponed.

Almost six months later and the pair are finally set to go. Since breaking through to take Sam Bowen’s unbeaten record and snatch the British title in November 2019 injury and bad luck have prevented him from capitalising on the win and he has been stuck on the shelf whilst others have been given opportunities to shine. On Saturday night Cacace finally gets to defend his belt for the first time. 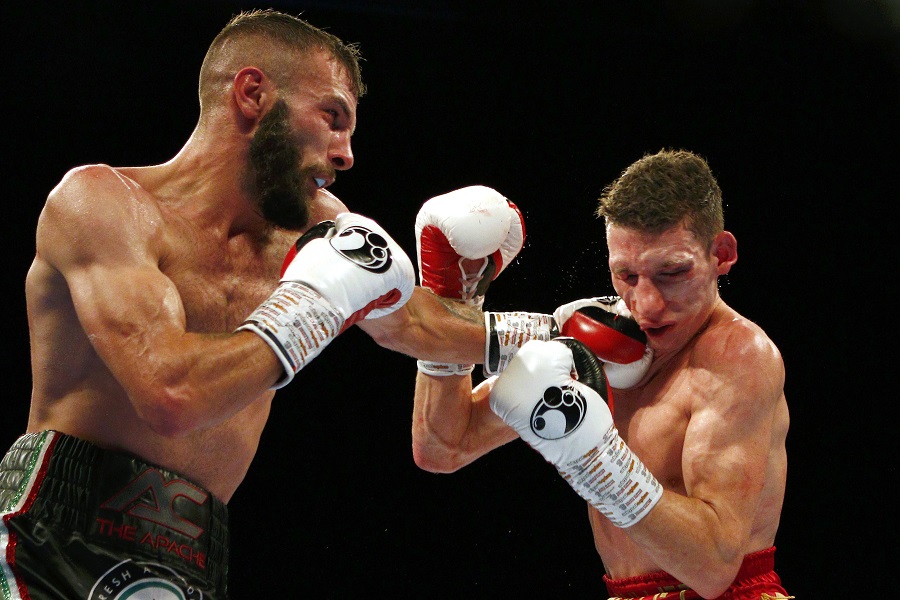 “I know what Lyon’s all about. He’s all guts, no brains,” Cacace (18-1, 7 KO’s) said. “It’s a good fight for the fans and a good fight for TV – or it could be. Potentially it might not be. We just have to see what Lyon brings. He’s got the same kind of style as Sam Bowen but not as good if you ask me. It should be an interesting one.

“This is one of these fights where I could make it a war if I wanted to do that. I could keep it at distance. There’s lots of things I can do here. Lyon isn’t known to take a step backwards but he’s never felt what I’m going to hit him with. He can keep thinking what he wants but I don’t think it’s a great approach. It’ll be an interesting fight never the less.”

Woodstock is a deep thinker but has so far shown a route one approach to fighting. He tries to press the action and drag his opponent into a war. Whether he uses the same tactics against Cacace remains to be seen but the Irishman has seen the approach exposed by his divisions rivals, Zelfa Barrett and Archie Sharp, both of whom have beaten Woodstock. Don’t expect to see Cacace following their route to success, though.

“I’m at the stage now where I don’t give a sh*t about their performances. If you asked me, Zelfa Barrett boxed the stone clean off him. People say it was a good fight, yeah it was a good fight because Lyon is a hard man but he got outclassed in every department. Archie Sharp slowed the pace and can obviously bang a bit. Lyon kind of feared Archie in a way if you ask me. It’s not really a thing that I’m thinking about. I’m no spring chicken, I just wanna think about the win. I just want to think about picking up on Lyon’s mistakes and punishing him.”

Should he get past Woodstock, Cacace will happily throw himself right into the mix to prove himself the best of British once and for all. He has ambitions to compete at the highest possible level but realises that beggars can’t be choosers at the moment.

“Realistically, in these uncertain times I just want to be fighting. I know and I believe that I’m a step above British level. I genuinely believe that. All going well and I get the win on Saturday, I’ll fight whoever. I really don’t care less. Whether that’s a top 20 guy or top 10 fighter in the world, get them f***ing in there.”

His rivals may have been given have been given higher profile platforms to performa on but none of them have really stamped their authority on the division and all have stumbled and shown chinks in their armour. Cacace’s have only been exposed when he has allowed himself to drift along in fights. If he can stay switched on mentally, physically he might just prove to be the most complicated and dangerous puzzle to solve in the lively division.

“I genuinely do [think that]. I don’t bring an amazing all action style but I do bring range and power. I haven’t got a big knockout ratio but there are reasons behind that,” he said. “Early on I was happy to cruise on and get the win. Now I’m trying to hit these guys as hard as I can. Sam Bowen did well to stay in with some of the shots I hit with him. You can’t pick up on my style until you’re in there with me.

“That’s the way I feel about it. The TV can make you look a certain way, when you’re in there it’s different. I like to pick shots. Wasting unnecessary energy is stupid when I can pick that one shot that will break his heart and from that point on box the head off him.

“I believe that nobody knows what punch is coming next from me. Even my coach doesn’t know what’s coming. I just believe I’ve got that style. I’m not blowing my own trumpet, it is what it is really. I’m looking forward to this challenge on Saturday. All Lyon can hope for is a lucky punch or to break my heart.”

Which of those does Cacace feel is most likely?

Frank Warren exclusive on Joyce v Takam and Hamzah Sheeraz
Sam Maxwell – This is my time. My chance to make history.