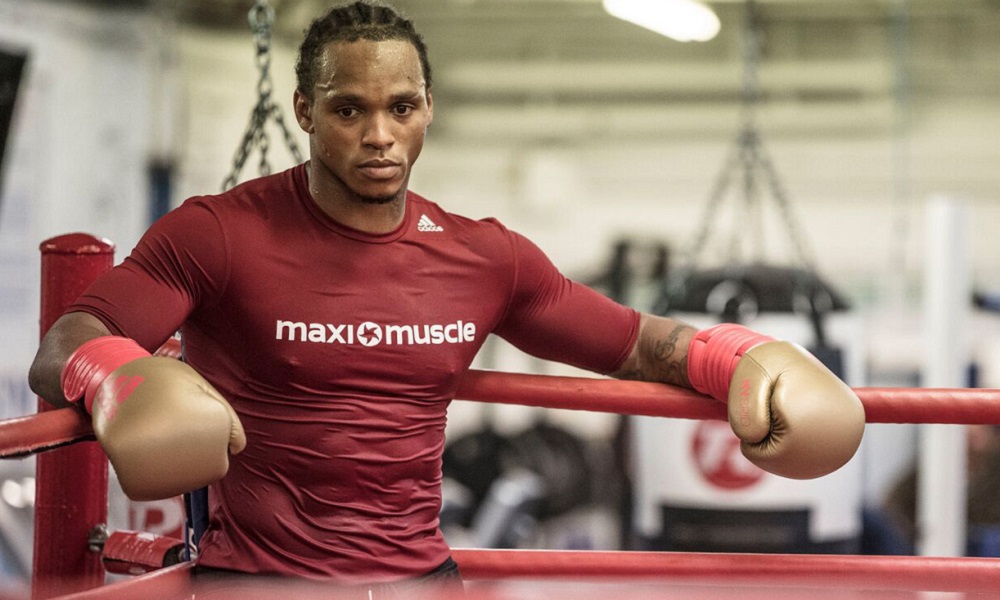 It speaks volumes for just how quickly Anthony Yarde’s star has risen that there has been almost as much discussion about who he would fight this Saturday evening as for the world title fight which tops the bill.

The unbeaten light heavyweight will make his latest appearance in front of the BT Sport and BoxNation cameras when he faces Norbert Nemasapati (25-6, 18 KOs) on the undercard of Billy Joe Saunders’ WBO middleweight title defence against Willie Monroe Jnr.

The public clamour to see the Yarde tested is beginning to reach a crescendo. Since dispensing of Richard Baranyi in July, the 26 year old Londoner has been embroiled in a ‘will he, won’t he?’ triangle with British light heavyweight champion Frank Buglioni and Hosea Burton. For the moment he won’t but, rest assured, he will.

Yarde (12-0, 11 KO’s) has completed just 21 rounds as a professional boxer and although he hasn’t had to deal with many of the issues young fighters do, he is still serving his own apprenticeship. He is going through an advanced boxing education and the last couple of months have reinforced his belief that there is more to the business than training and knocking people out.

“I like to leave the business to the people who deal with that side of things but I do like to know what’s going on,” Yarde told 32Red. “I’m learning how the sport works and I also do my questioning. I want to know why that’s not happening or why this doesn’t happen. I’ve got a good understanding of things.

“I’ve realised with life in general, people always have their opinions. [In boxing] fans always want to see hardship. They don’t want to see a success story. Nine times out of ten, people hear something and they repeat it. It’s like Chinese whispers. They’ll hear something about somebody they like or is relatively well known and they all start saying it. I learned this from the beginning from watching greats like Mike Tyson and Muhammad Ali and people like that. Not only the public, but the media sometimes aren’t in the know. They just listen to what is being said and they repeat it.

“The way that I see things is that every scenario is motivation. In this boxing game, you’ve got to be mentally prepared. Boxing is a beautiful thing, inside and outside the ring. You have to have a thick skin and be mentally ready.”

Yarde is flourishing under the watchful eye of his trainer Tunde Ajayi and it is Ajayi’s job to ensure that he has his man ready for whatever challenge is placed in front of them. Led by the brilliant Andre Ward and inhabited by the likes of Sergey Kovalev, Badou Jack, and Adonis Stevenson the light heavyweight division has real depth and whilst the possibility exists that Yarde will ride his high WBO ranking into the upper echelons of the weight class without having gathered the necessary experience, he is fully confident that the work that takes place in the gym will have him prepared for whatever opportunities present themselves.

“I feel like there’s nothing to worry about. At the right time, the right opponents will come about. My goal when I started was to become a world champion. For me to get there, I feel like everything has to fall into place and it has done so far. I’ve got a name relatively quickly so – so far – I’m happy with how everything is going.

“I literally take everything as it comes. Sometimes you can’t control everything. The only thing I can control is myself. If anything, that motivates me. If I’m not going to get these fights that people say that I need to get me ready for world level, I’m going to work even harder to make sure I’m ready when they do come.

“I’m obviously involved but if I’m looking from the outside, the light heavyweight division looks like an exciting division. Sometimes a division has good fighters but they aren’t big names. The light heavyweight division has big names. It’s looking fantastic. There are fighters at super middleweight who could come up and fighters at cruiserweight who could come down. It’s very exciting.

“I always said from the beginning. Everything is timing. I never focus on any human being but myself. People were talking about me fighting Nathan Cleverly but he just lost and retired. That’s why I don’t focus on anybody else. If you have somebody in your mind, you end up worrying about their destiny to make your own. Who knows, there might be another youngster who comes through and makes some noise. Me and him might end up having the biggest fight in my career.”

Yarde’s fight with Nemesapati will be his third consecutive appearance at the Copperbox Arena, a venue which is quickly becoming Anthony’s Yard and a stone’s throw from the area of Hackney in which he grew up. With a growing profile, a fan-friendly style and a wide array of attractive future opponents, Yarde has begun to cast his eye towards an even grander stage.

“I’ve been in London for my last three fights. I’ve had the great experience of fighting in America and I’ve fought in Manchester and Leicester. I do love to fight in London because I get a good crowd and big support but I like to mix and match. When I get in the ring, it’s just a ring. You’re oblivious to what’s going on outside. It’s good to get out there though. When people can look you in the eye and see you in the flesh you gain more support.

“Another thing that looks accomplishable is the London Stadium which is just around the corner from the Copperbox. If I can get my name up there and I can keep impressing, eventually I could have a massive mega fight in that arena.

“That would mean the world to me.”

Anthony fights on Saturday night – to see our latest boxing markets, check out 32Red Sport here. If you’re up for a flutter on table games or the slots, be sure to check out our award-winning casino too!