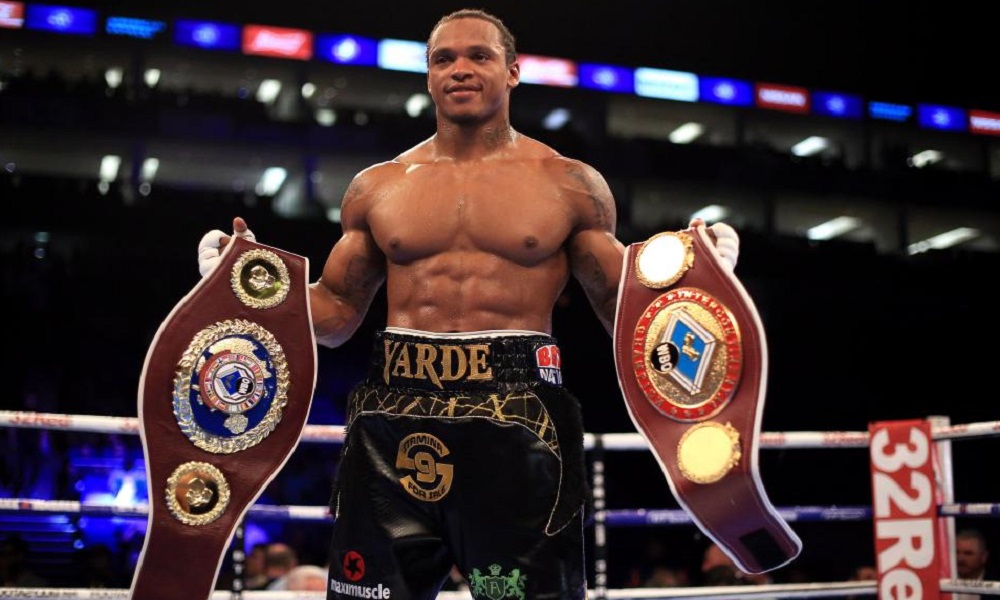 Anthony Yarde exclusive, part 1: People only call you out when you’re doing something right

Anthony Yarde interviews have started to follow a pattern. No matter which direction the conversation starts out in, he is soon answering questions about the latest domestic light heavyweight to call him out and his reasons for not having fought them yet. The same old questions inevitably produce the same old answers. It must grow frustrating.

“It just comes with the territory and the sport. People are always going to be excited about your next match up or fight. I just know that comes with it,” Yarde, 17-0 (16 KO’s), told 32Red.

“I just feel like it’s always going to be like that. If you beat one person they’re gonna be excited for you to fight the next one. That’s just how it is.

“It’s surprised me how quickly I’ve got to this stage. I’ve got a lot of people calling me out but people only call you out when you’re doing something right. For me, that’s a fact.”

Since the very start of his career, the 27 year old from Ilford has followed his own road, skirting around the domestic scene and paying barely a seconds thought to the progress of his rivals, preferring to navigate his way through the WBO rankings.

Yarde – who faces American Travis Reeves at The Royal Albert Hall this weekend – isn’t blindly continuing along the path of least resistance blissfully unaware of an ambush waiting up ahead. For all the latest fight odds, visit our sportsbook.

Yarde hears the talk about his modest level of opposition leaving him totally exposed to the dangers of world class fighters, but his method has elevated him to number one in the WBO world rankings and he isn’t about to start tailoring his own approach to suit other fighters at this stage.

“That’s how I’ve always thought, right from the beginning,” he said. “Right back to when I first started the sport I realised that I had certain attributes that I just had to develop. When people ask me if I’ve studied my opponent and whether I’m worried about them, I always say no. I feel like they need to worry about me.

The time is approaching when all talk of ducking and dodging will halt and even Yarde’s fiercest critics will hold their tongues and watch as he climbs through the ropes to take on a fighter perceived to be a legitimate threat. ‘What will happen the first time Anthony Yarde is put under pressure?’ has become one of the most commonly debated questions in British boxing but Yarde himself hasn’t spent too much time trying to work out an answer to it. Simply put, he is happy to let other people do the worrying for him.

“I always try to think of the positives. Everybody is different. Some try to think of the worst possible situations and think about how they’ll cope with it. I try not to think of it. That’s the kind of stuff you don’t want to happen but if it does, you just have to deal with it. I’m a strong believer in dealing with whatever comes in terms of life and boxing. I only try to focus on the positive things. How am I gonna stop my opponent? How am I gonna land certain shots? Which combinations will work? In my mind it’ll look good, I’ll look good doing it and it’ll all work on the night.”

Yarde may not yet have had to survive a crisis but the experience he has gained from forcing his opponents into uncomfortable situations has taught him that having more than one string to your bow is crucial for sustained success at world level. Supremely confident that ‘Plan B’ is unlikely to be required, he is equally certain that any opponent that manages to drag him out of his comfort zone will be in for a nasty surprise.

“At world level I think my punch selection [will be crucial]. When people get in there with me they realise how strong I am on the inside and with the punches that I actually land,” He said. “If you notice, throughout my fights so far I’ve fought opponents who are labelled as tough or supposed to take people rounds, they come with a certain confidence and when they get hit – whether it’s flush or not – they start retreating and it appears to be an easy fight after that. Some people get hit and they start worrying about the other person and making sure they don’t get hit again. That’s how it works.

Read Part 2 of this interview here. To see all our latest boxing markets, check out 32Red Sport here. If you’re up for a flutter on table games or the slots, be sure to check out our award-winning casino too!