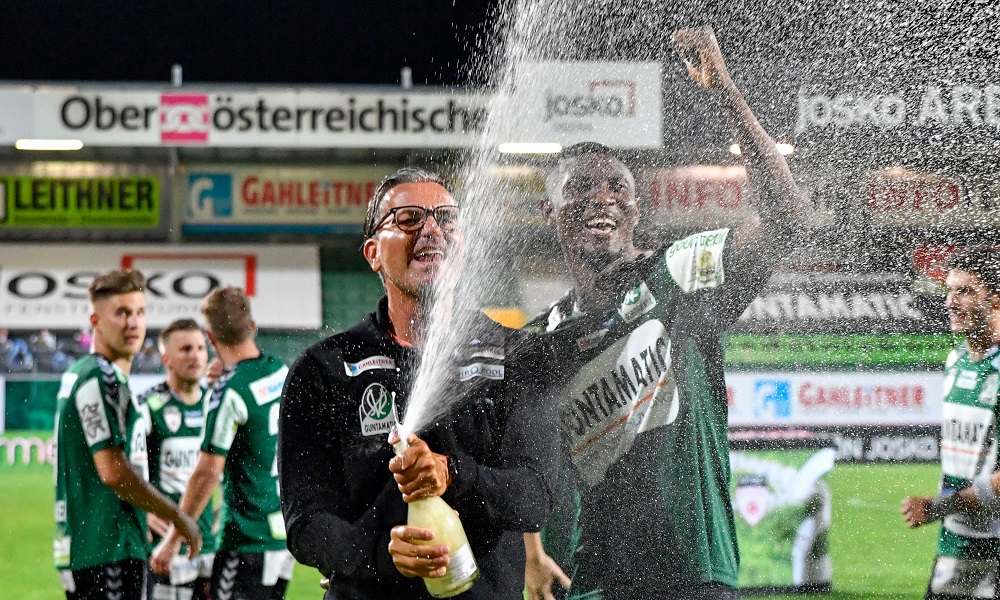 Even the most dedicated of UK football fans can be forgiven for not paying close attention to the Austrian second division.

But despite the FA Cup taking centre-stage, one game in the East Alpine territory nonetheless managed to catch our eye this weekend.

In football, it’s not uncommon for end-of-season matches to throw up some wacky score lines. Austrian side Floridsdorfer AC stretched that concept to the limit last week, however. On Friday, the second division side were beaten 9-0 by title hopefuls Ried.

As it happened, that scoreline was enough to ensure that Ried would finish top of the division, above rivals Austria Klagenfurt, who won their own final match 6-1 over Wacker Innsbruck.

The results meant that Ried and Klagenfurt would each finish on the same amount of points – 64 each – with Ried’s superior goal difference of 34 to Klagenfurt’s 29 proving crucial. With only the champions promoted to the Austrian top flight, Klagenfurt will miss out.

Since the 9-0 drubbing, Floridsdorfer have apologised for the loss, saying “yesterday’s defeat at SV Ried still causes us headaches and consternation,” and acknowledging that “we disappointed many people with yesterday’s performance.”

“We would like to apologise on behalf of the entire Floridsdorfer Sports Club for the desolate and unprofessional performance of our team.”

But the statement added: “We vehemently defend ourselves against various accusations that are circulating. In the coming days and weeks, we will intensively analyse and process yesterday’s events.”

However, according to Klagenfurt coach Robert Micheu, Florisdorfer had allowed five of their players to take early vacations before the match, adding “we scored a goal, then Ried scored again – very interesting.”

And Klagenfurt club partner Zeljko Karajica was less circumspect, telling the Austrian media on Sunday that the club would protest after the “farce” of a result.

“I haven’t heard a single statement from the league that they said we’re investigating it – nothing, nothing. If they think that life will continue normally on Monday, then they are wrong,” said Karajica.

Done up like a Kepa – what now for Arrizabalaga?
Champions League betting preview: Man City vs Real Madrid & more