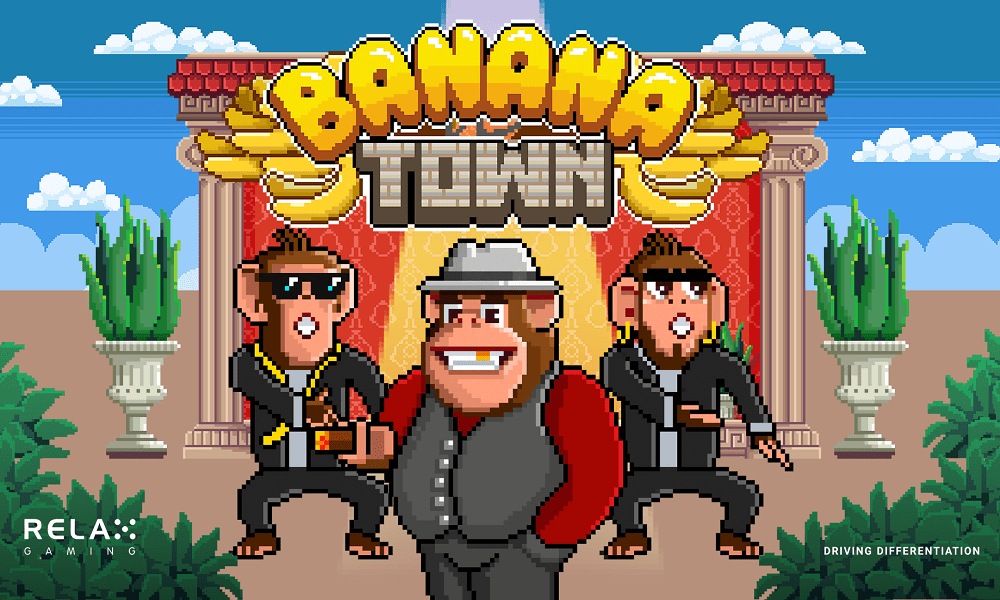 “Forget it Jake, it’s Banana Town.” Just imagine how different a certain seminal Jack Nicholson film from the early 70s would have been, if only Jack’s character had been occupied with getting to the bottom of a banana-based mystery. Five bags of popcorn.

As it goes, the action does seem to have been influenced by ’70s cinema in this new release from Relax. It’s like The Godfather gone ape, as a family of monkey mafioso scheme and connive their way to riches.

The other notable aspect of Banana Town is it’s quite an unusual looking slot. The art style and sound hark back to the 16-bit video games of the early 90s. It’s an approach that’s a little primitive but not without charm – a little like these made monkeys themselves, in fact.

Game-wise, we’re talking a six column, five row set-up, with high volatility and a smattering of fun features that are “apeeling”, as it were. Suit yourself.

With the multiplier upgrade, every symbol has a multiplier associated with it, and this multiplier will be doubled after a win on that symbol. The upgrade can trigger at random, and can climb as high as x64. 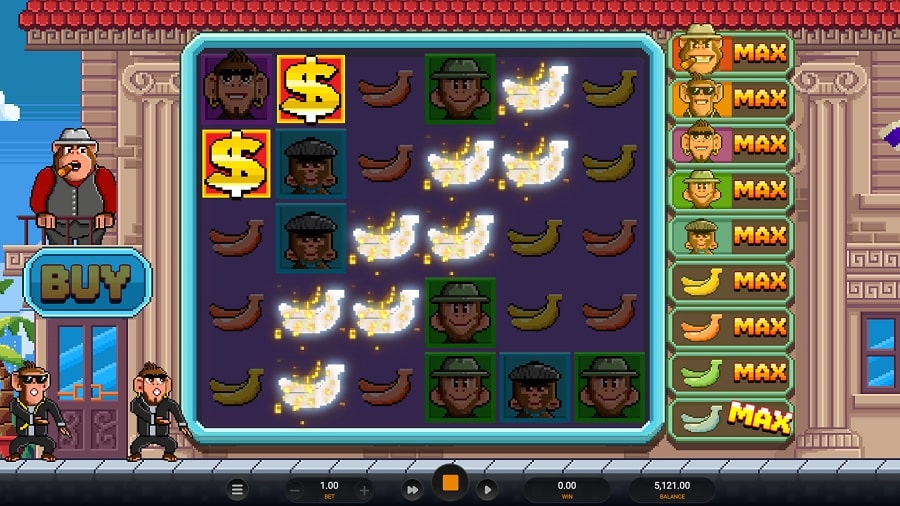 Once the Free Spins are up and running, the multiplier value you reached in the base game will carry over. The Multiplier Upgrade will be persistent through the Free Spins, too. Plus, landing a bonus symbol during the Free Spins gets you one extra spin.

And prize-wise, if you cop the biggest of all the bananas you could land a win of up to 10,000x your stake.

Yearning for the days when gaming thrills focused on modest visuals and bleepy soundtracks? Or perhaps you just want to see a Coppola-esque crime epic reimagined with a bunch of monkeys. Either way, going Bananas has never been so tempting. This is a slot worth going to Town on…

Released 6th July 2022. In the meantime, visit 32Red Casino to check out a wide range of table games and slots!

Continue Reading
You may also like...
Related Topics:Banana Town, featured