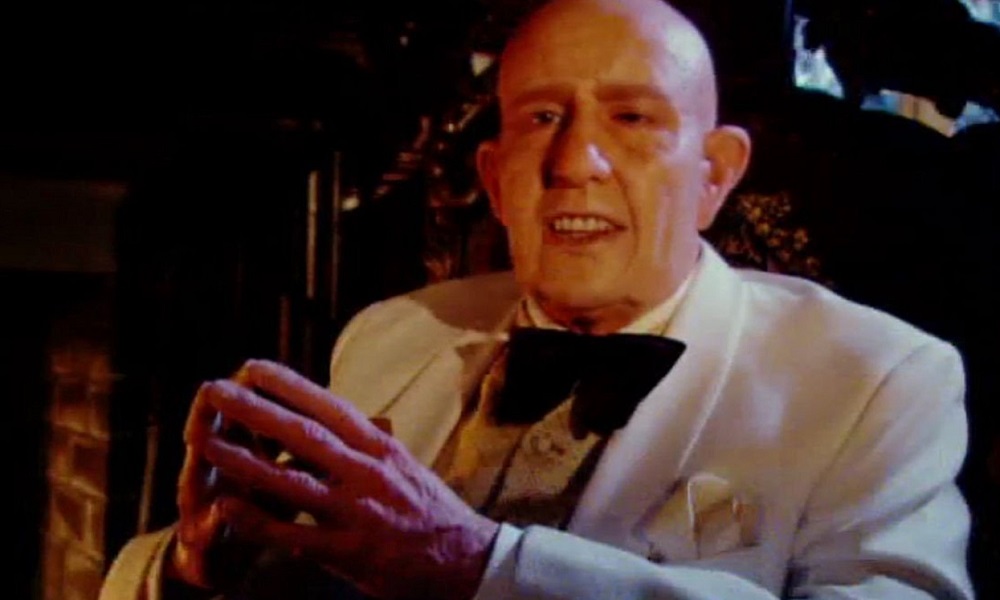 Steve Coogan eh? Comedy genius, no doubt about it.

His comic creation Alan Partridge is by now such an established part of the British psyche, he comes to mind whether we’re bitterly bemoaning the state of the nation, or simply making inept small talk. He’s awkward; we’re awkward.

But it’s not like AP is SC’s only claim to fame. The Mancunian comedy great has starred in a veritable truckload of tempting TV fare that may have flown under your radar – so here’s five of Steve’s quirkier projects.

“That was truly diabolical.” Steve’s have-his-cake-and-eat-it venture into spoof tales of terror blurs the line between deliberately dodgy jokes and outright sloppy material, but the poor reception the show received suggests a bit more time in the writing room might have been wise. Broadcast in 2001, DTHOH predates Garth Marenghi’s Darkplace by three years, but while the two have superficial similarities, beyond a general theme and a mockery of stilted acting, the two shows don’t actually have that much in common.

Bluntly, the series is a disappointment – but that’s not to say this curiosity isn’t worth checking out at least once. The titular doctor appears at the beginning and end of the show, bookending the main story of doom and dread (and broad, underwritten comedy) based heavily on risible schlock horror movies from the 1970s – and Coogan makes for quite a sight, with his gleaming bald head and leering expression.

Inspired by the likes of Alfred Hitchcock and Roald Dahl’s anthology tv shows, Coogan’s delivery remains amusing, even if the gags aren’t the height of comic sophistication. In between Coogan’s corny intros and exit-pieces, the main man also pops up as a central character in each episode – the best of which is probably the 1970s set And Now The Fearing.

In this episode, Coogan’s unpleasant, monied property developer steals the show, but he’s got fine support from Alexander Armstrong as an arrogant architect as well as the always entertaining Julia Davis as a feminist journalist, with the obnoxious trio finding themselves trapped in a hellish elevator…

A more successful vehicle for Coogan, who had enjoyed huge success a year earlier with his faux chat show I’m Alan Partridge, this 1995 series of six episodes all focused on a different Coogan character.

These ranged from the student-hating, beer-swilling numbskull Paul Calf – already an established character thanks to previous appearances on shows like Saturday Zoo – to the less memorable Mike Crystal, a mild mannered singer in working men’s clubs.

The quality was generally pretty decent, with highlights including brash software salesman Gareth Cheeseman, who celebrates earning a big contract with the immortal words “a wank, I think”, while there were also amusing moments as Steve and co-writer Patrick Marber played a couple of doolally pub quiz enthusiasts. Best of all is handyman Ernest Moss, a nostalgic throwback to a gentler time…

This is Coogan upping the obnoxiousness, though it’s not entirely clear who he’s targeting – or why. Ferrino is, I guess, a Julio Iglesias-style singer from Portugal who’s entitled, unbearable attitude seems closer to that of Cristiano Ronaldo. Not that either man was particularly relevant when Ferrino appeared at the tail-end of 1996. Then again this show’s format seems to be poking fun at the variety shows of the 1960s and ’70s, for some reason.

Ferrino was pretty widely publicised at the time, releasing singles and an album, as well as appearing on a TV special around Christmas time, but it’s fair to say he’s not remembered especially fondly – if at all. The character just didn’t make a great impression, though there are (very) cheap laughs to be had from a man singing histrionically about “the valley of our souls”…

Slightly more successful than Coogan’s other non-Partridge characters – it ran for a couple of series in 2006 and ’07 – Tommy Saxondale was a one-time roadie, now working in the unglamorous pest control business. I’ve been revisiting bits of it on Youtube and I’m struggling to work up much enthusiasm for it…

Let’s not finish on a downbeat note though – the Trip is fantastic! Well, the first series is fantastic anyway. There’s not a great deal in the way of plot – with each man playing an exaggerated version of himself, a well-adjusted Rob Brydon teams up with the neurotic yet self-regarding Coogan, the pair driving from one fancy restaurant to another in the north of England, bickering, bragging, and breaking out some quite brilliant impersonations along the way.

With the two men attempting to outdo one another with their mimicry there’s some inspired face-offs, and even what feels like a bit of real needle between the pair too.

The latter two series – the Trip to Spain and the Trip to Italy – followed almost exactly the same format, but with slightly diminishing returns, even if there were still some funny moments. Nonetheless, the show evidently remains popular, with Coogan and Brydon currently filming the fourth in this series, the Trip to Greece. Hey, the scenery will be nice, and everything else will probably be exactly the same…