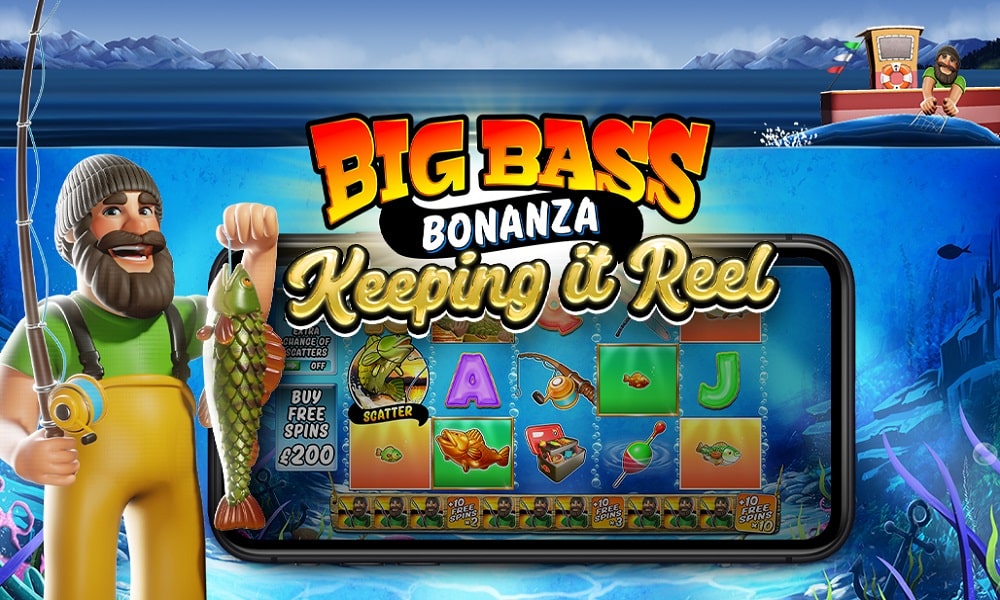 I see you baby, shaking that bass… Yep, another in the seemingly inexhaustible supply of fishing-themed slots is almost upon us. But reel this one in, and you definitely won’t want to throw it back. Play Big Bass Bonanza Keeping it Reel

Big Bass Bonanza Keeping it Reel is perhaps the definitive angling-based slot. Play this slice of fishing frivolity, and you may never need another fish-related game. That said, there are three more pencilled in to arrive before 2023, so let’s not make any rash claims.

Whatever, this new release from Pragmatic Play is a five reel, three row affair, where seasoned anglers will look out for Wilds and Scatters. But there’s more, of course.

With three, four or five Scatters landing, you’ll trigger 10, 15 or 20 Free Spins. During the base game, if just two Scatters land, a third Scatter can be hooked and dragged onto the screen, triggering those Free Spins.

Once the feature is up and running, the Golden Wild symbol is added to the reels.  Any time a Wild or Golden Wild lands in the same spin as a fish with a prize value, that prize value will be collected.

Any fish with prize values that land during spins without Wilds will be stored in a landing net; but if a Golden Wild lands on a later spin, the prize values of those fish may be collected too. Careful though – the fish can also escape the landing net. 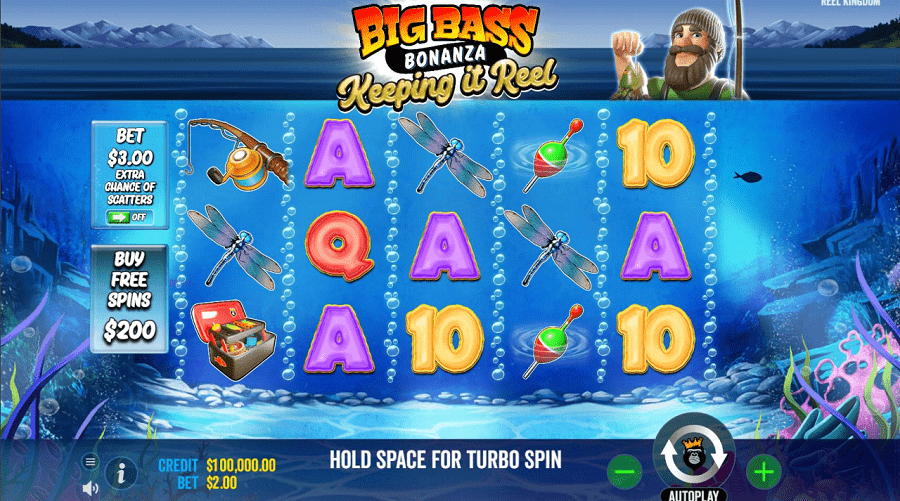 Wilds have another positive impact; when enough of them land, they’ll retrigger the Free Spins, and also increase the multiplier to 2x. You can earn further multipliers with additional Wilds, too; the multiplier can climb to 3x, then finally 10x.

Fisherman symbols can also appear on the reels during the Free Spins, and if there are no fish on the reels, Fish Money symbols may suddenly be added via the Dynamite Spin feature.

Alternatively, a boat may appear at the top of the screen, dragging a net behind it which can replace random symbols with those tasty Fish Money symbols.

With a maximum win of 10,000x your bet available on this slot, and the same fine visuals we’ve come to expect from the world of fishing releases, seldom has the water looked so welcoming. It’s almost time to get Reel…

Released 25th October 2022. In the meantime, visit 32Red Casino to check out a wide range of table games and slots!