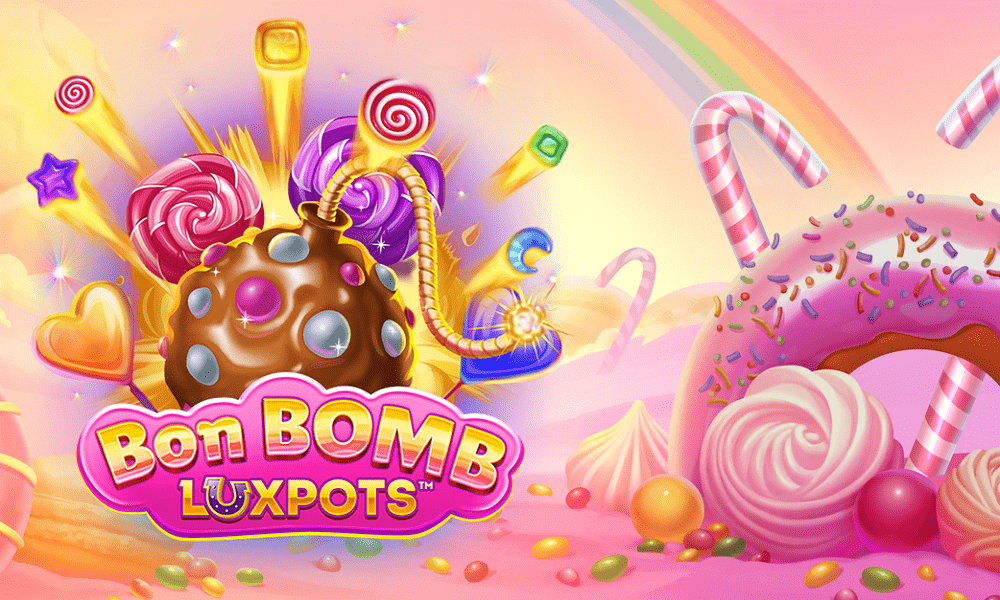 If you have a taste for the sweet stuff, this candy-coated slot from Blueprint Gaming & Lucksome Studios should definitely hit the spot. Play Bon Bomb Luxpots now

Bon Bomb Luxpots is an irresistible new release that makes the other chocolate emporiums look dreary by comparison.

With an eye-catching colour palette plus donuts, ice cream, jelly bears and all kinds of scrumptious treats populating the reels, there’s a lot here to get your teeth into.

In this confectionary-crammed game, the Luxpots Prize Ladder is a huge draw. Then there’s the Megaways mechanic that means up to 117,649 ways to win on a single spin.

And there’s also a cascade mechanic that means after a winning combo has been completed, the symbols will disappear.

New symbols will descend from the top of the screen to fill the empty spaces, potentially providing the chance to produce another winning combination.

For the Luxpots Prize Ladder, keep an eye out for the chocolate coated bombs that can turn up. If at least three of these land in a single spin, you’ll earn a prize. And the more bombs, the bigger the cash explosion. 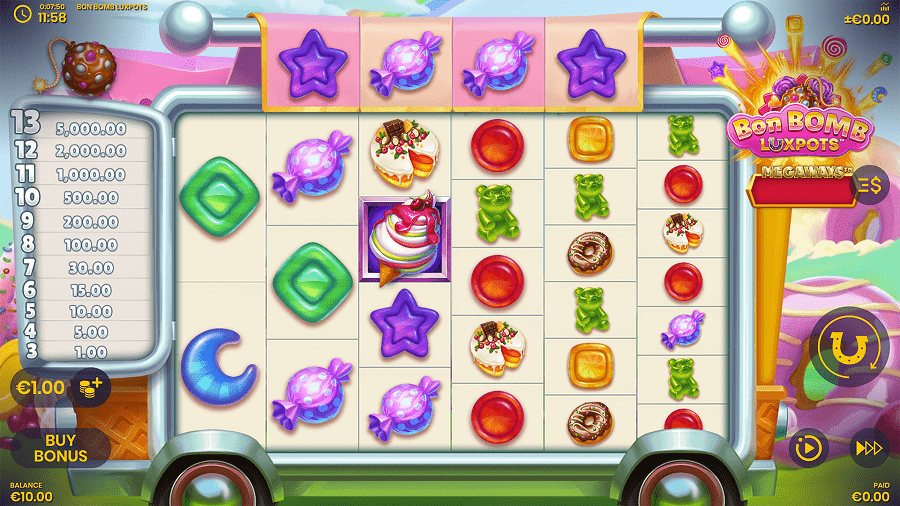 During the Free Games bonus, any bombs that land will remain on the reels, descending one position with each subsequent spin. Bombs may also come with multipliers attached, of between x2 and x5.

Ready for a taste of the sweet life then? Not long to go until this fiesta of flavour erupts onto a screen near you…

Released 22nd July 2022. In the meantime, visit 32Red Casino to check out a wide range of table games and slots!