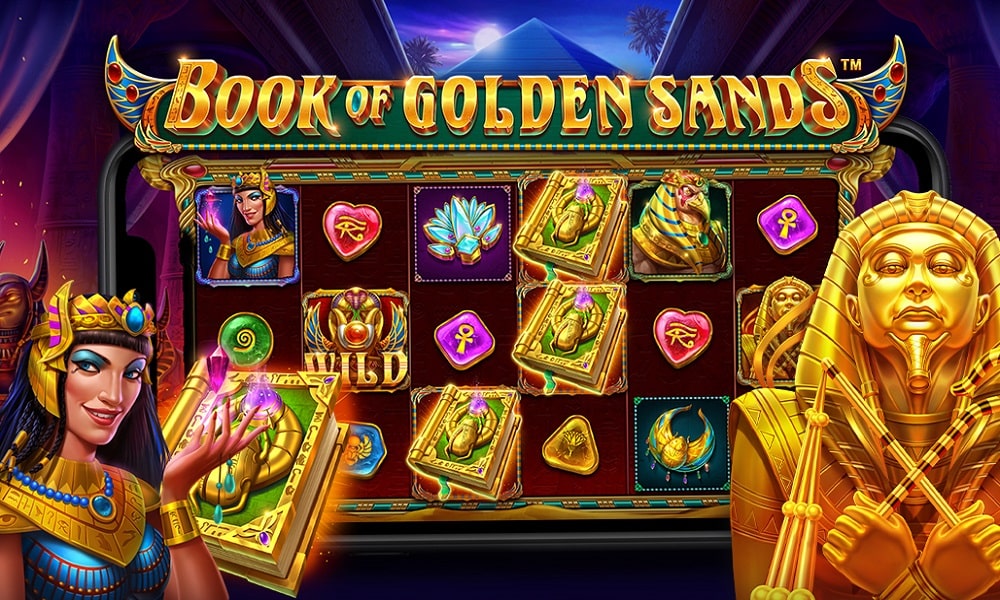 Stuck in the pyramid-dle with you? Yep, it’s another slot based around ancient Egypt. And by now we’re down to our creakiest punning material when it comes to this mystical land. Play Book of Golden Sands now

Fortunately, developers Pragmatic Play remain rather more inspired. Because Book of Golden Sands may revisit familiar territory. But this expedition into the mysteries of the pharaohs still manages to offer something fresh.

Across a six reel, three row set-up, you’ll find 729 winning ways in this high volatility slot – together with some neat visual flourishes.

The moon rises over a pyramid at night in stylish, almost noir fashion, as the reels reverberate with mysterious books, golden statues, and those waggly hieroglyphics.

Beyond the looks, you’ll want to keep track of those Scatters; three or more landing in a spin will trigger the Free Spins feature.

Before your 10 Free Spins begin, one random symbol will be chosen. When this symbol turns up on the reels, it will expand vertically to fill that entire reel. A symbol will be collected at the top of the screen, too. 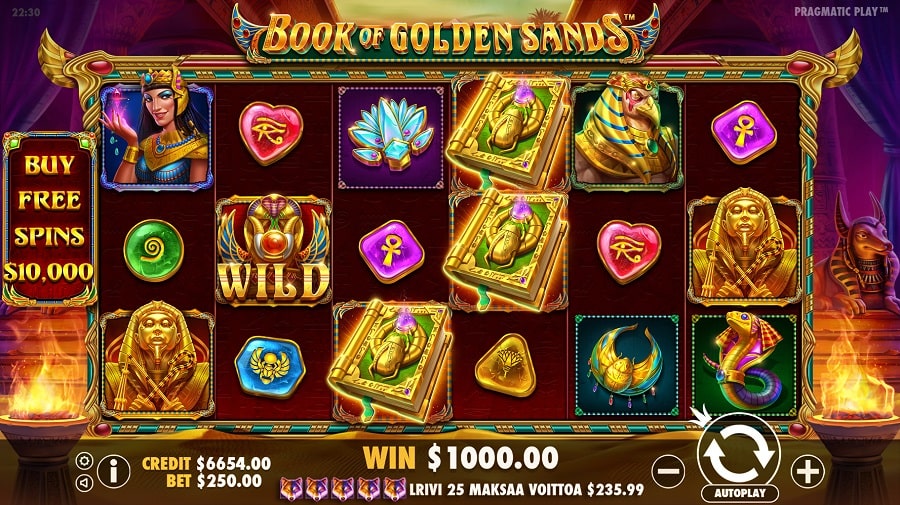 If the symbol lands on that reel later in the Free Spins, the reel will expand, giving extra positions on the display. The screen can grow from the standard 3×6 set-up, to as much as 10×6.

Hit three more scatters in a spin while the feature is in play, and you’ll trigger an extra 10 Free Spins, too.

With Multiplier Wilds to help you put some potentially king-sized wins together, it’s plain to see why this Book is destined for the bestseller list. Ready to see those reels expand? Bring on the Golden Sands…

Released 16th September 2022. In the meantime, visit 32Red Casino to check out a wide range of table games and slots!

Continue Reading
You may also like...
Related Topics:Book of Golden Sands, featured