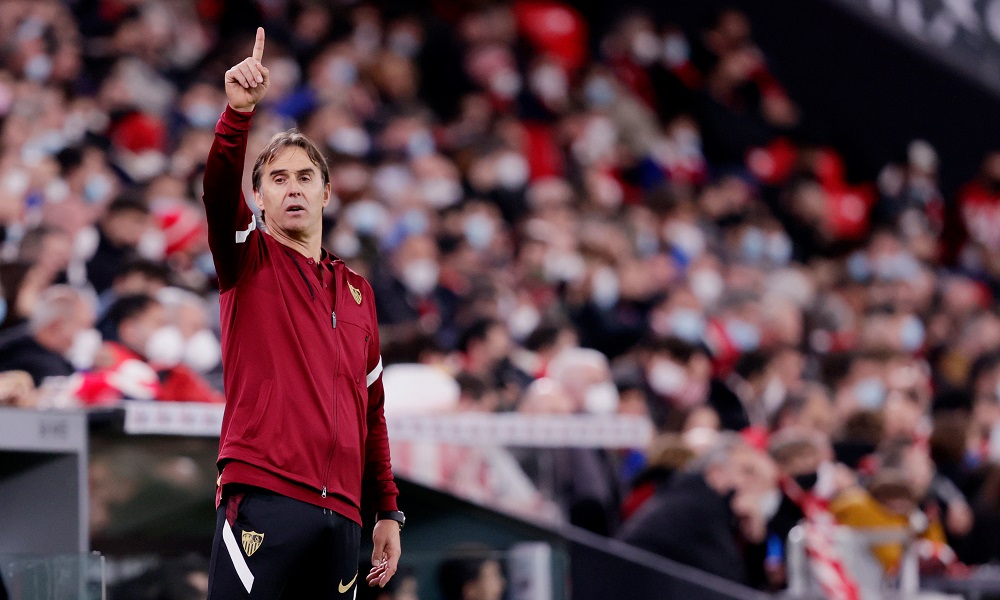 Can Sevilla maintain their title challenge – with victory over Barcelona on Tuesday?

Before La Liga’s Christmas break begins, Sevilla have the small matter of a clash with Barcelona to be reckoned with on Tuesday night. Win that game, and the Andalucian side will move to within three points of league leaders Real Madrid.

With Barcelona reeling and Atletico Madrid out of sorts despite winning La Liga last season, Real Madrid might have seemed set to coast to the title this season.

Carlo Ancelotti’s team currently top the league table on 43 points. Real have gone unbeaten in the league since early October, even if they dropped points against Cadiz this weekend.

Nevertheless, there is one opponent who could yet stun the Madrid club. And if he can steer Sevilla to league glory next summer, Julen Lopetegui will complete an incredible personal redemption.

Famously, Lopetegui lost his job as coach of the Spanish national side just a few days before the start of the 2018 World Cup, when it emerged he planned to take the role of Real Madrid head coach once the tournament ended.

If Lopetegui joined Real under a cloud, his brief time with the club was similarly unfortunate. A run of poor results culminated in Lopetegui’s dismissal at the end of October, just months after he had joined the side.

In the summer of 2019, though, Lopetegui started his current role as coach with Sevilla – and it’s fair to say things have gone well. 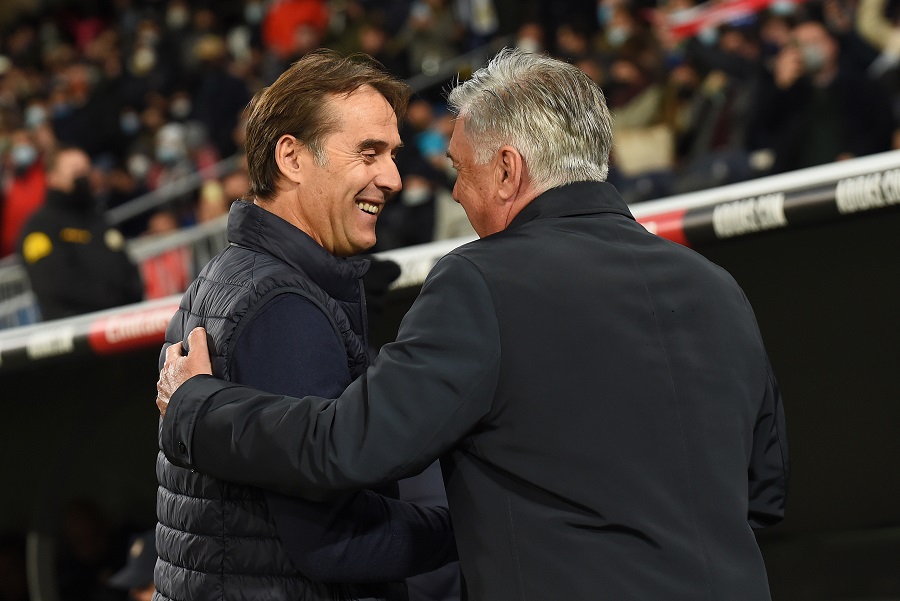 In his first season in charge, the coach steered his side to the final of the Europa League, where Sevilla triumphed over Inter Milan to give Lopetegui his first trophy as a manager.

So far in this campaign Sevilla have lost just twice, most recently to Real Madrid in November. At the weekend the Andalucian side hosted Atletico Madrid – and beat them 2-1.

Next up, Sevilla play Barcelona on Tuesday night – and the hosts are 6/4 to win the match. That’s a little surprising, given Barca’s travails this season.

The Catalan club have won just three of their last nine La Liga matches, and had to fight to beat Elche at the weekend just gone, eventually winning 3-2. Sevilla are unbeaten at the Ramon Sanchez Pizjuan in the league this season, winning seven of their eight home games. Backing the home win would seem the logical choice here.

Whatever happens on Tuesday though, can Sevilla really pip Carlo Ancelotti’s side to league glory? It’s surely not out of the question. And the value is certainly with Sevilla, who are currently available at 8/1 to win the title.

Real are huge favourites at 1/8. How sweet it will be for Lopetegui if he is able to make a mockery of those odds in May. First, though – there’s that match against Barcelona to be won…