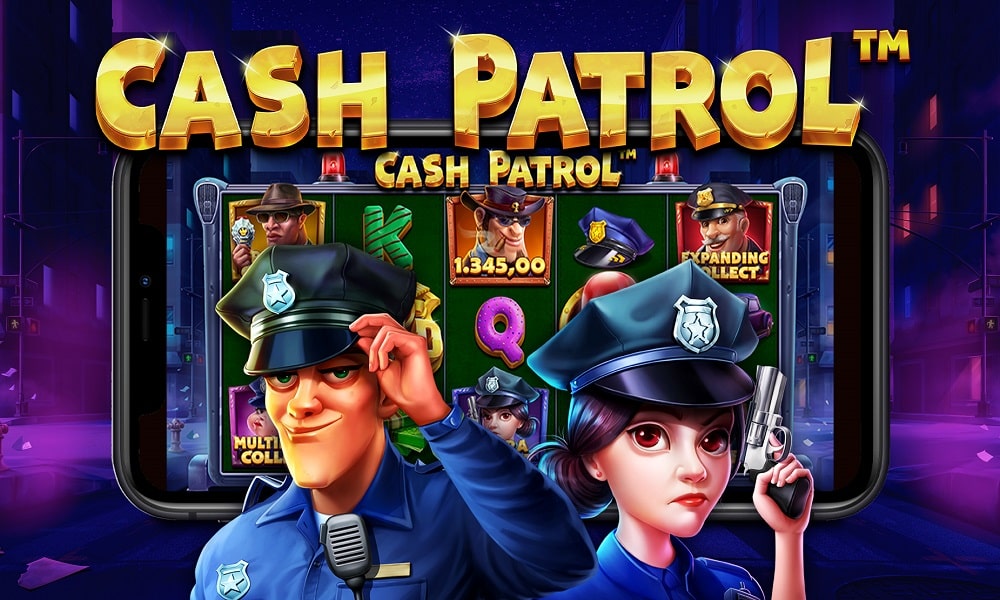 Lieutenant Columbo. Lester Freamon. Sonny Crockett. Okay, they’re fictional, but at least it’s some kind of proof that not every cop is to be feared or distrusted, right? Play Cash Patrol now

And in Cash Patrol, the boys in blue are busting perps, eating donuts, protecting society – doing the right thing, dammit. It’s like some beautiful utopian dream.

In this five-reel, three row release from Pragmatic Play, embark on a cops ‘n’ robbers-themed high speed pursuit as you chase down the bad guys – and chase up some sweet prizes, too.

With a pleasing art-style that doesn’t take itself too seriously, Cash Patrol is definitely going for light-hearted police antics. Still, there are some serious prizes up for grabs. 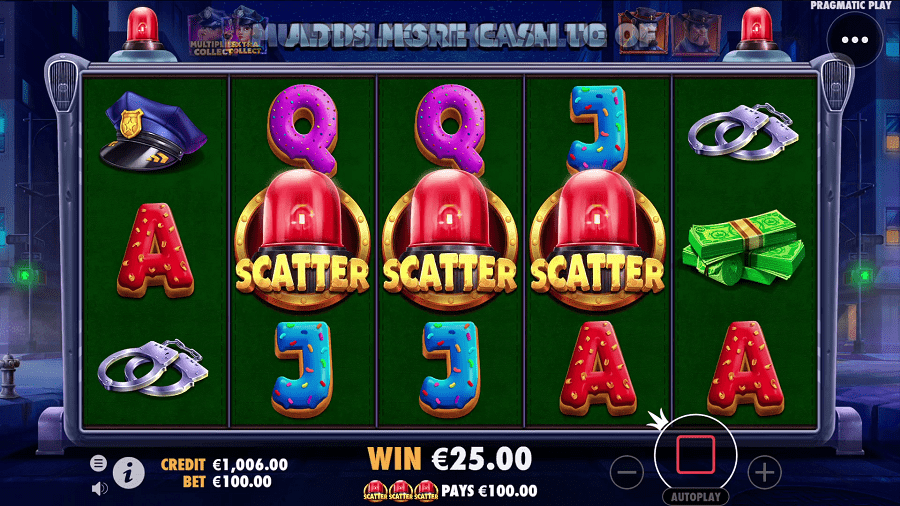 There’s also an Expanding Collect, where any reel with a Money Symbol will see that Symbol expand to fill the entire reel.

And with Respin Collect, the Money Symbols already on screen will lock in place. Then a respin takes place, offering more opportunity for further money Symbols to appear.

Elsewhere, if three Bonus Scatter Symbols in the shape of a siren land in a single spin, they’ll trigger eight Free Spins. Money Symbols and Collect features are all active during the Free Spins bonus, too.

Ready to serve and protect, then? It’s time to bring those bad boys to justice…

Cash Patrol is out now. Visit 32Red Casino to check out a wide range of table games and slots!

Continue Reading
You may also like...
Related Topics:Cash Patrol, featured