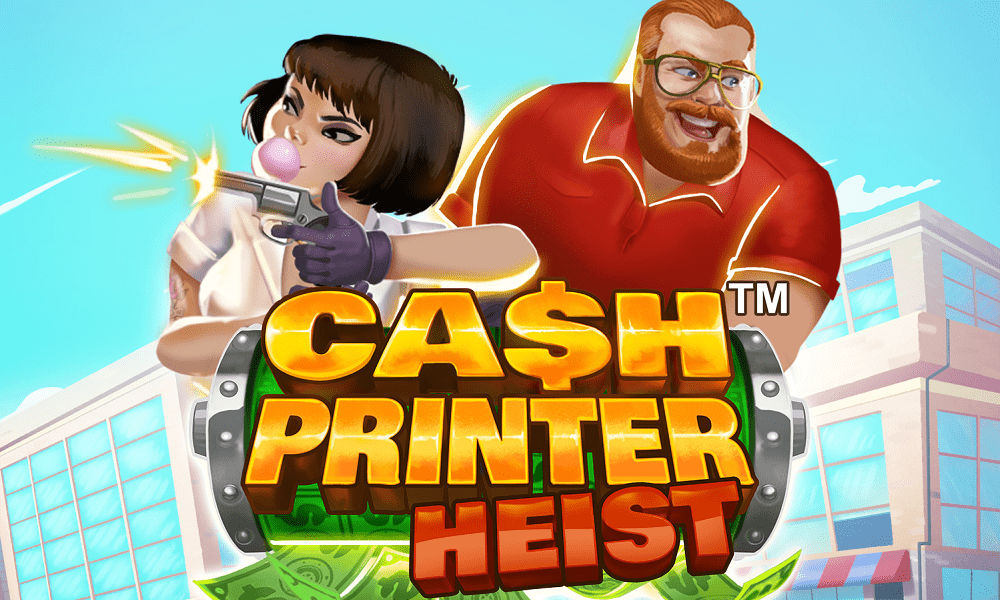 With influences ranging from classic Tarantino movies to video game mayhem, this slot is brimming with entertainment.

You’ll want to pay attention to the Cash Multiplier meter that sits at the top of the reels. Starting at 1x, this multiplier increases by 1x with each spin that goes by without a win.

The multiplier can climb as high as 20x; when a winning combination lands on the reels, the multiplier is applied, and then resets.

Lola and Martin are the daring driving forces of this five-reel, three row slot; if either character lands on the reels next to a Safe Door symbol, they’ll trigger one of three events.

Both characters can land next to a safe door in one spin too, triggering two features at the same time.

First up is Cash Multiplier Reset, which resets the Multiplier Value to 1x. Alternatively, there’s a Multiplier Respin, which triggers a Respin with an increased multiplier – 2x, 3x, 5x or 10x. 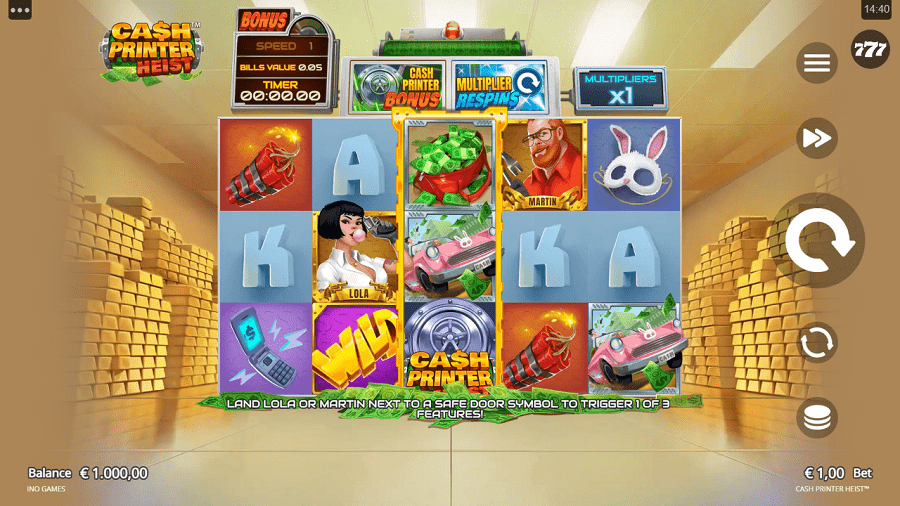 Then there’s the Cash Printer bonus, where you print bills with the Cash Printer machine to win – but you’re up against a clock. Land a timer symbol on the reels and you can add extra seconds to the timer, giving you more time to pull off the heist.

There’s other components to considered too; speed determines the amount of banknotes printed; value dictates what the notes are worth. And there’s the multiplier.

The Print Machine can also pause at intervals, with a display of buttons being shown on the display. Push a button and you could multiply the speed of the print out, or the value of the notes – but you could also end the feature.

With colourful visuals and exceptional animated sequences, Cash Printer Heist is definitely a slot that grabs the attention. Beyond the slick presentation lurks a kick-ass slot experience, however.

This is a Heist of the highest calibre. Ready to take your shot?

Released 28th November 2022. In the meantime, visit 32Red Casino to check out a wide range of table games and slots!