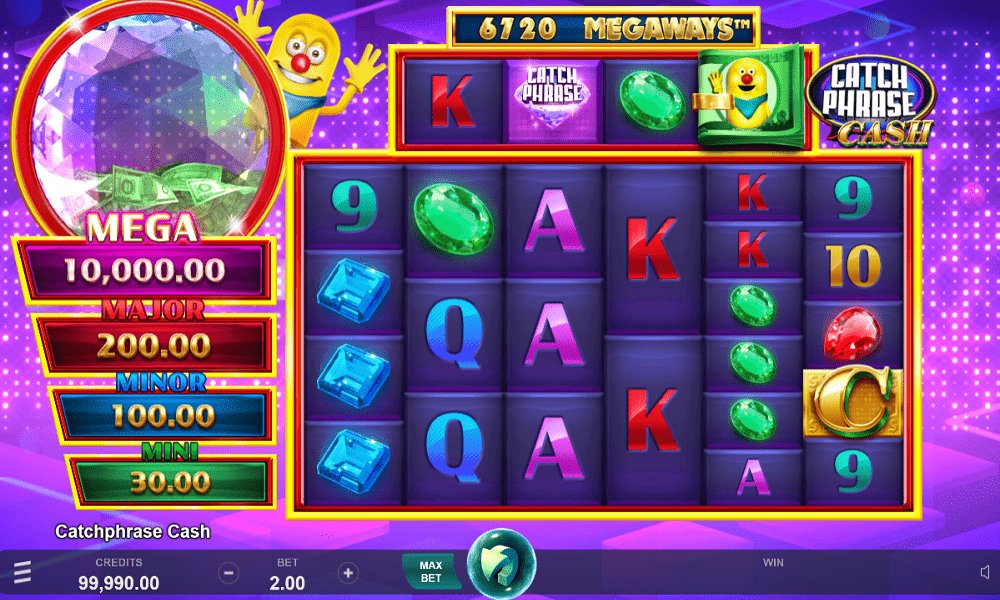 And now, the yellow-skinned, red-nosed, cylindrical-torso’d, bandana-wearing robot, famed as the subject of television’s most haunting question, is starring in his very own casino game. And it’s exclusive to 32Red!

Catchphrase Cash – say what you see

Yep, Catchphrase Cash is a slot adaptation of the perennially popular TV show, complete with Mr Chips – of course – and also plenty of ways to win.

Fire up this Megaways slot, and you’ll find four jackpots ranging from Mini to Minor, Major to Mega. There’s also some useful gameplay mechanics you’ll want to be aware of.

And the Megaways mechanic means there’s a maximum of 117,649 ways to win. Individual reels can have as many as 7 symbol places.

There are Rolling Reels too. Land a win, and the winning symbols will disappear, as new symbols replace them. That potentially gives you another chance to make a winning combo. 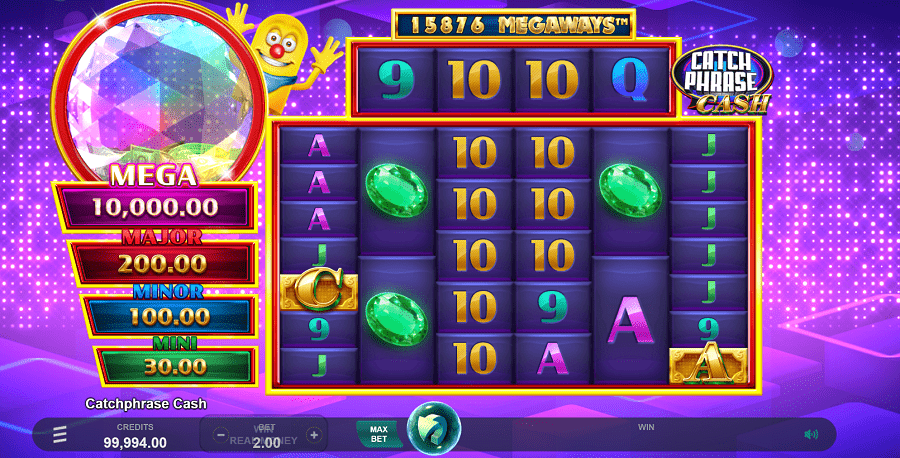 Otherwise, look for the Wilds with Mr Chips’ beaming face on them; these will substitute for other symbols, again giving you a shot at putting a winning combo together. Wilds will appear solely on the extra reel.

Once the Jackpot Pick is activated, you choose from a range of 12 tokens. Select a token to reveal which jackpot lies within. Reveal three matching symbols, and you’ll be awarded the corresponding jackpot.

And naturally, there’s a Free Spins feature too; land four scatter symbols to land 12 Free Spins. There’s a win multiplier too, which will increase by one with each roll of the Rolling Reels. You can win additional Free Spins if three or more scatters land while the feature is in-play, too.

Plenty of ways to win in this magnificent tribute to that Chips chap, then. Ready for a kickass Catchphrase experience? It’s good, and it is right…

Continue Reading
You may also like...
Related Topics:Catchphrase Cash, featured