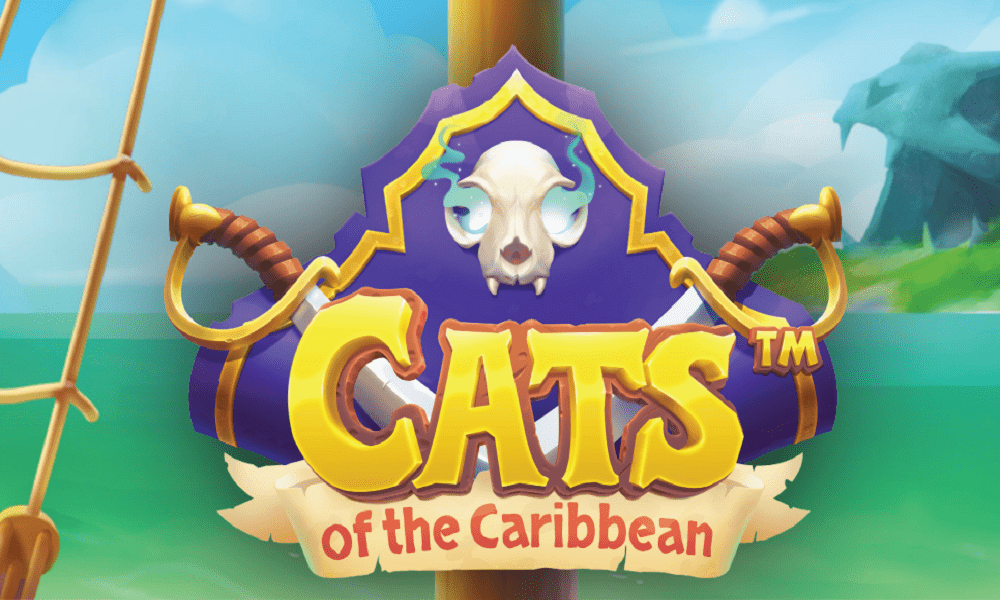 Whether they’re mauling mice, knocking crockery off table tops for the hell of it or simply deciding to “playfully” attack their owners, cats have always had a touch of the buccaneer about them.

So it makes sense that if any animal should be reimagined as a high seas menace, it’s the feline. Enter Cats of the Caribbean, the new release from Games Global and Snowborn games. Where puss and pirate come together in one grog-supping, tricorn-hat wearing, cutlass-wielding package.

With a whimsical art style that depicts a crew of scurvy-looking cats hanging out in time-honoured piratical fashion on the deck of a ship, these Cats are a rum bunch alright.

Look past the appealing, colourful style of this slot though, and there’s reasons to play that should act as sheer gaming catnip for the slot connoisseur. For instance, it’s possible to win as much as 10,000x your stake in this five-reel, three row release.

First up, when Wilds land on the reels they’re collected. Rack up enough, and you’ll launch the Wild Cannon feature. Here, between three and 15 Wilds are awarded in one spin. Wild symbols can also feature a multiplier of up to 5x. 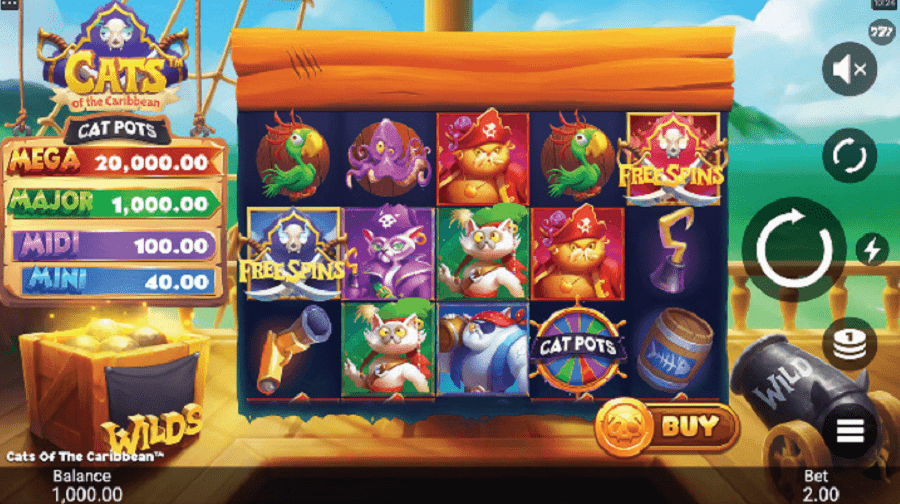 You’ll also have between 25 and 90 guaranteed Wilds, again dependent on the Free Spins mode. And the reel display will change too, increasing from three rows to four rows. Naturally, Wilds with multipliers are available here, too.

Land three bonus symbols and you’ll trigger a Wheel of Fortune where you’ll spin for one of the pots, which range from Mini to Midi, Major to Mega. Cool for cats, then? This trip to the Caribbean is definitely the cat’s whiskers…

Released 23rd August 2022. In the meantime, visit 32Red Casino to check out a wide range of table games and slots!

Continue Reading
You may also like...
Related Topics:Cats of the Caribbean, featured