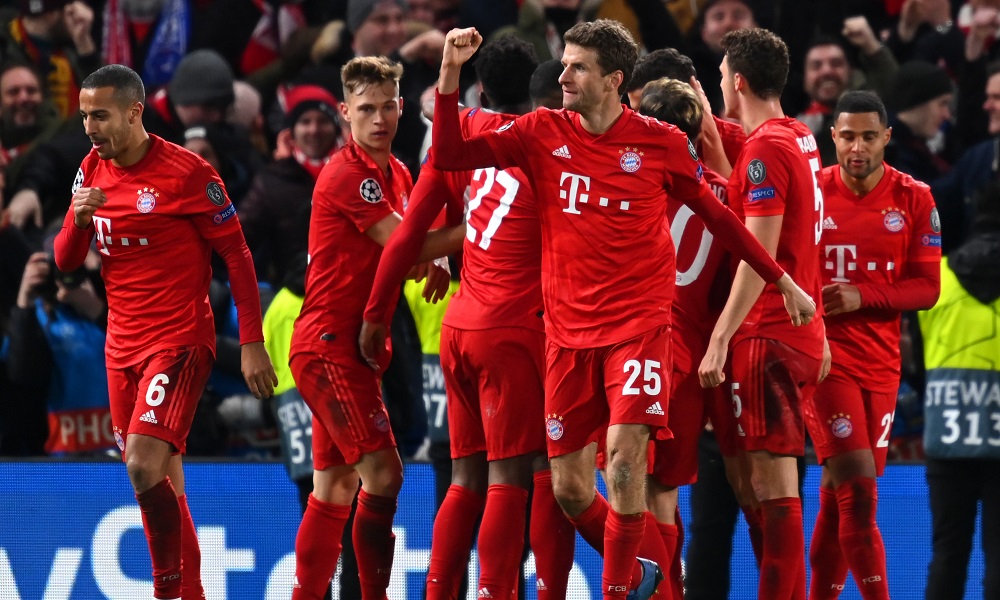 It’s plain to see why no-one is giving Lyon a snowball’s chance in hell against Bayern Munich in Wednesday’s Champions League encounter.

Last week, the Bundesliga champions beat Barcelona so comprehensively that the fallout from that defeat could see the end of Lionel Messi’s association with the club. Barca were obliterated 8-2 by Bayern.

The German club who are the only side left in the competition already to have won it. Bayern are two games away from lifting their sixth Champions League trophy – and it’s difficult to imagine them dropping a bollock at this point.

The Bavarian side haven’t lost a game all year, and have drawn just once. Dating from 11th December, that’s 28 unbeaten games on the bounce. As well as Lyon have done to eliminate both Man City and Juventus, this one looks insurmountable for the French club.

Backing Bayern is not going to make you a rich man, then – so are there any decent betting options that might yield a bigger price? Well, Munich have scored at least four goals in each of their last four games. Backing over 3.5 goals at Evens in the Total Goals market seems a reasonable punt, then.

If you want to inflate those odds, you might want to think about the Total Goals by Bayern market; here, you can get 11/5 on over 3.5 goals. Indeed, if you believe the side that put eight past Barca less than a week ago are still hungry to find the net, it’s 13/1 for Bayern to score over 5.5 goals.