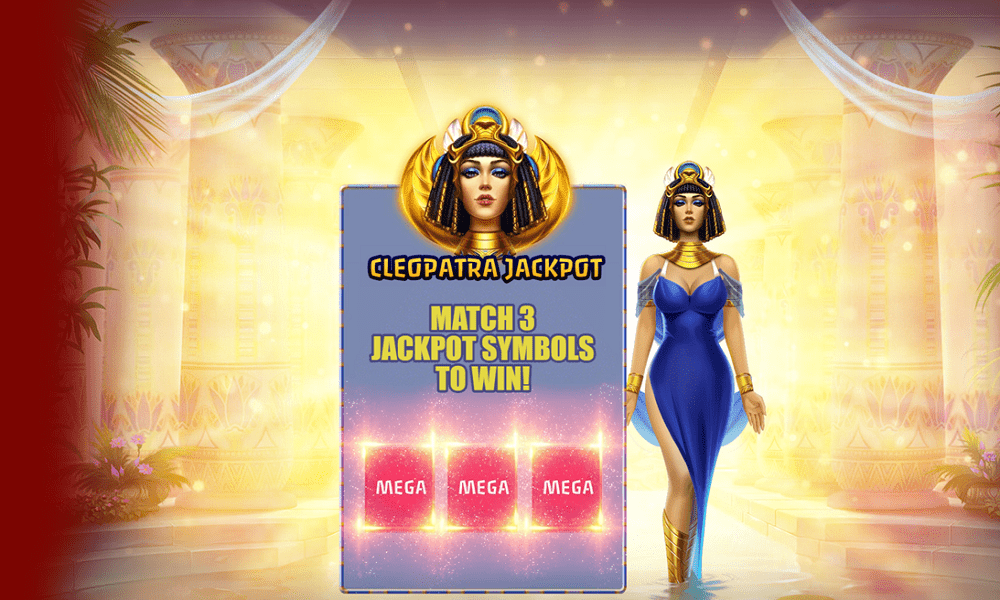 She’s an ageless beauty, an independent woman, and quite a spunky lady too. Yes, we’re talking Queen C. Patty of the pyramids. Cleo-bloody-patra. What a gal. Play Cleopatra’s Golden Spells now

And despite the fact that new Cleo-themed slots arrive on a seemingly hourly basis, Cleopatra’s Golden Spells offers a properly beguiling take on this icon of ancient Egypt.

New from Games Global and Ino Games, in this slot the aim is to land cluster wins across a five reel, six row set-up. You can rack up additional payouts after a win with the collapsing reels mechanic, too.

A win is awarded if a cluster of three or more matching symbols land in a cluster, horizontally or vertically. After the win has registered, symbols in that winning combination disappear, making way for new potential winning combos.

Then there’s the Bazillion Cash feature. Blue and Gold scarabs offering cash prizes can appear randomly on any position on the display, gradually moving down the display with each spin.

The cash value may increase with each spin too, and the prize will be awarded once the symbol reaches row six – if the scarab falls into a basket beneath. Beware though, if it doesn’t find the basket, you’re out of luck.

There’s also a Spells feature, with the Cleopatra symbol appearing randomly and then staying in place for between three and seven spins. Cleo also brings potential multipliers and golden scarabs. 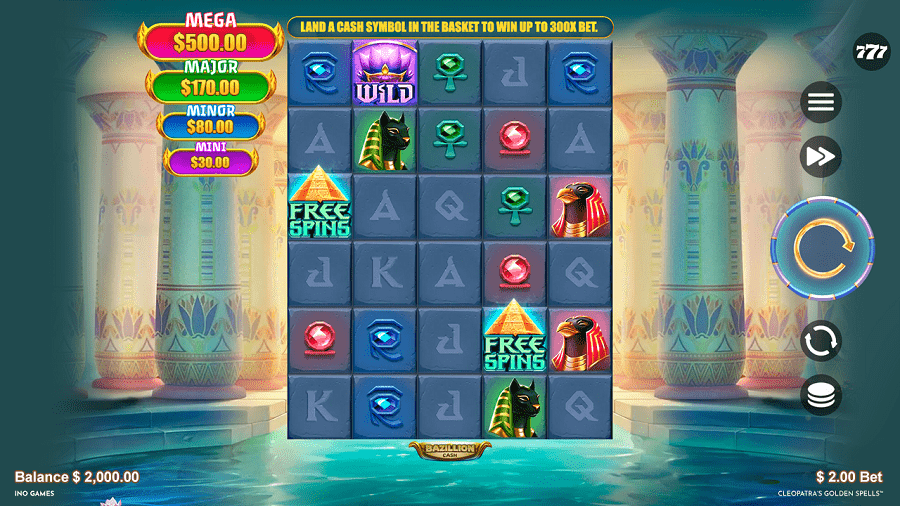 Enter the Pyramid of Fortune for Free Spins

Better yet, the Cleopatra symbol can sometime randomly appear and then turn into a full-sized Cleopatra.

Then you’ll take part in a pick game where you seek to match three identical symbols in order to win a Jackpot prize. There are four pots ranging from Mini to Minor, Major to Mega.

Finally, three or more Free Spins scatter symbols trigger, well, you can probably work it out.

Before the Free Spins begin, a Pyramid of Fortune is displayed; here, you’ll click to determine the number of Free Spins, as well as how many baskets will be present, the number of scarab symbols, and the value of the multiplier too.

Ready to fall under Cleo’s spell all over again then? With Bazillions to play for, all hail the queen…

Released 11th August 2022. In the meantime, visit 32Red Casino to check out a wide range of table games and slots!