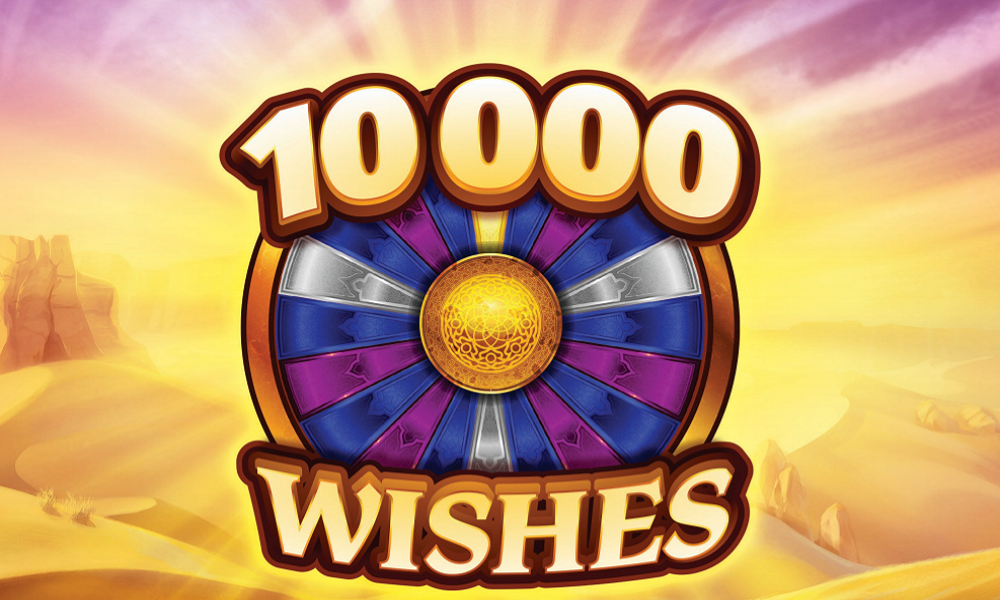 Wishing you were lucky? Perhaps 10,000 Wishes could do the trick – that’s the title of the all-new slot from Microgaming and Alchemy Gaming, and this one already looks like it’s going to be a game-changer. Play 10,000 Wishes now

This sumptuous-looking slot is a feast for the senses, with vibrant artwork and a striking colour scheme. With an Arabian theme and an enchanted lamp offering oodles of eastern promise, golden sands and deep purple skies complement the bursts of action that can kick in at any moment here.

In this five reel, three row release you’ll find that Power Spins are a major feature here. Power Spins will be triggered if you can land three or more scatters during the base game.

You’ll then be awarded a Free Spin, where every position on reels 1 and 5 will randomly change into a high value, identical symbol. 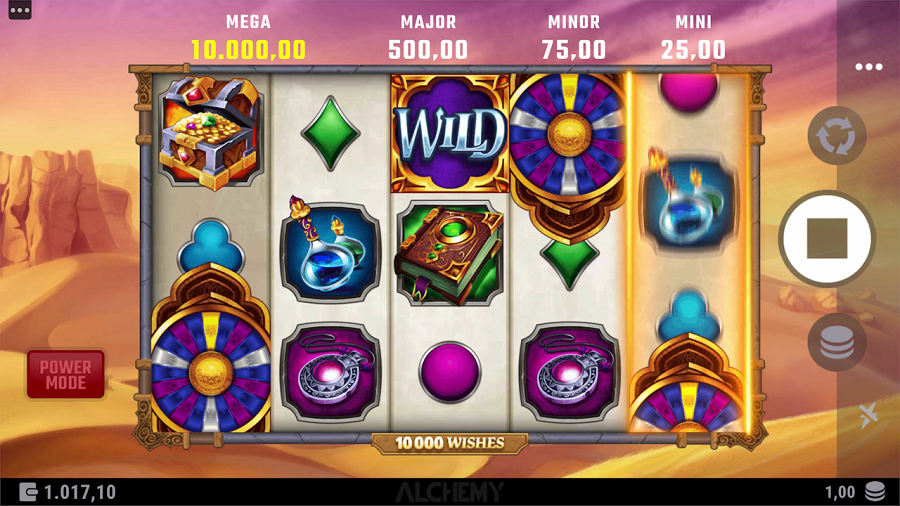 Meanwhile, reels 2, 3 and 4 will be taken up by one single, super-sized symbol spinning across the display that could result in a mighty payout – or entry into the Wheel Bonus.

If you can fire up the Wheel Bonus, you’ll spin the wheel and seek to win one of four jackpots that the game boasts, from Mini to Minor, Major to Mega. Cop the biggest pot, and you could win up to 10,000x.

Poised to feel the Power, then? With dazzling looks, an entrancing theme and the possibility of some spectacular prizes, this world of Wishes is just waiting to be discovered. Not long now until you can find out if yours will come true…

10,000 Wishes is released on 6th May 2021 – in the meantime, visit 32Red Casino to check out a wide range of table games and slots to keep you entertained for now!