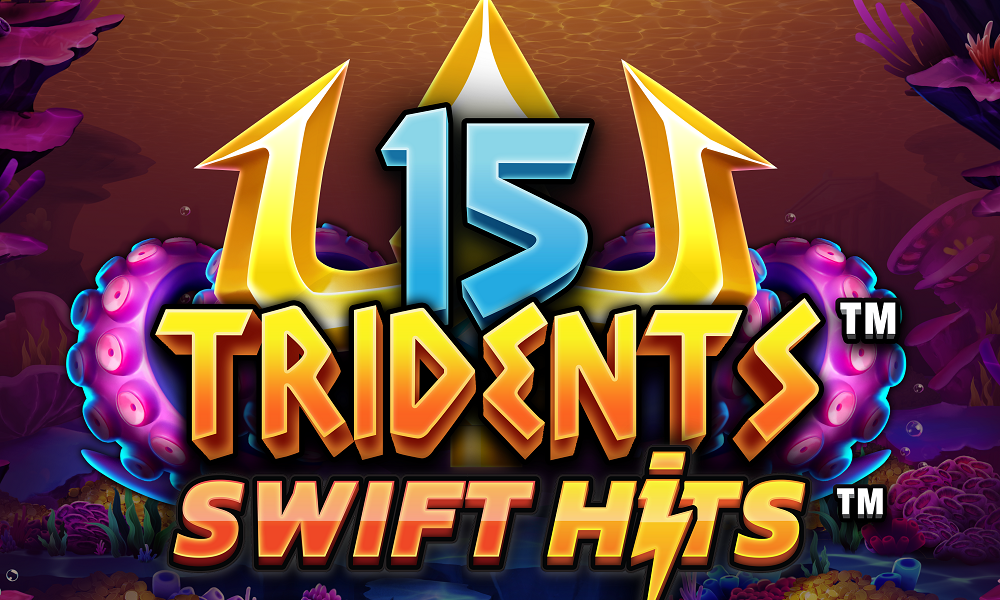 In this captivating journey through a water-based wonderland, Poseidon’s magic trident is the star of the show, leaving a wake of destruction in its path as it triggers tidal waves and lays waste to anything in its path. And here you were thinking it was just a fancy pitchfork.

Developed by Microgaming and PearFiction Studios, 15 Tridents offers an innovative two reel-set approach, with both separate grids offering a five by four-reel set-up, and 1024 pay ways on each one.

As well as double the fun, there’s also a fair few features to get to grips with here. Like the Trident SwiftHits, for instance.

And with Wild symbols that can carry multipliers of up to x5, it’s not an exaggeration to suggest this Greek mythology-inspired slot bears plenty of potential gifts. 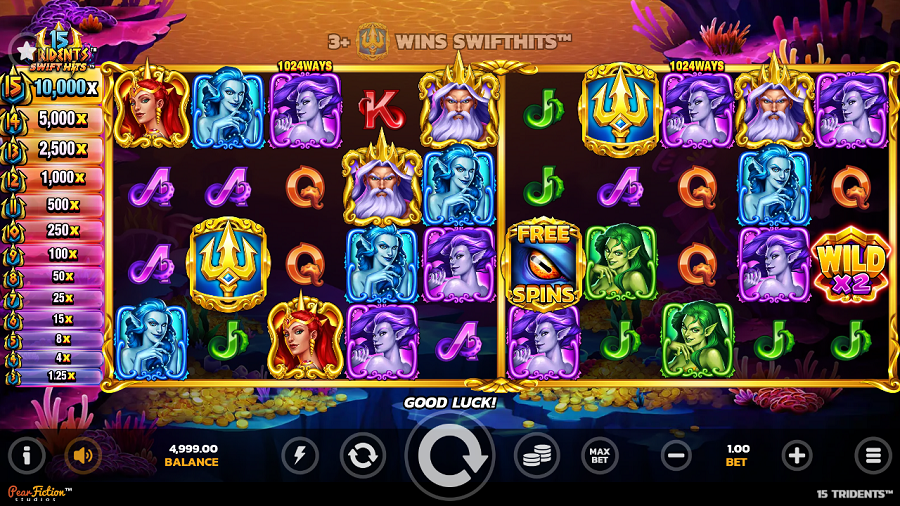 The more symbols that land, the greater the amount of Free Spins will be awarded, with between 10 and 25 available. If a Free Spins symbol lands while the feature is in play, you’ll be granted an extra Spin, too.

And the Trident SwiftHits are available during the Free Spins, too – with an important difference. Any Trident symbols that land on the reels will be sticky, remaining in place until the Spins have all been used, and paying out at the end of the game.

With Poseidon himself appearing from time to time at random, adding extra Trident symbols to the reels, there are even more ways to increase your winning potential.

In fact, it’s not just Poseidon; beauteous sea goddess Amphitrite may appear to bestow extra Wilds, or increase the value of multipliers.

And the Siren’s Call means a Siren can also appear at random adding a high value symbol to the reels to produce a winning combo.

Stick a trident in me, cos I’m done – this kick-ass Kraken-conquering extravaganza is set to be a seafaring smash hit. Ready to discover this sunken treasure?

15 Tridents will be released on 8th March 2022. In the meantime, visit 32Red Casino to check out a wide range of table games and slots!

10 things you didn’t know about roulette
Out now: 777 Rainbow Respins