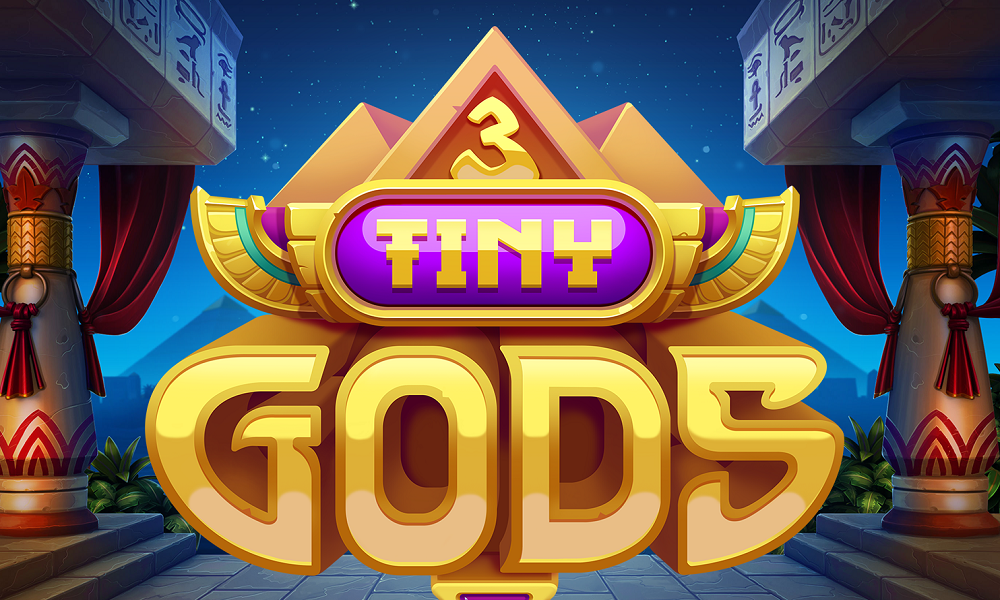 Developed by Foxium, this new release is inspired by the mystery of Egypt – which provides an excuse to serve up some of the cutest supreme beings we’ve ever clapped eyes on. Cats, dogs, eagles – these omnipotent little tykes are simply adorable.

Anyway, this five-reel release sees you mucking about in a pyramid, seeking lost treasure and suchlike, and hopefully winning the favour of this trio of young gods so that you can get your hands on the good stuff.

The three gods – Horus the bird, Bastet the cat and Anubis the dog – each have their own individual abilities to help you. If you can figure out what the hieroglyphics mean, you might just earn a pharaoh’s fortune.

Look out for the Mystery of Horus; if the Eye of Horus symbol lands on two or three adjacent reels, it can fill the entire reel, with the eye symbol being replaced with a random symbol, helping you to land a winning combination. 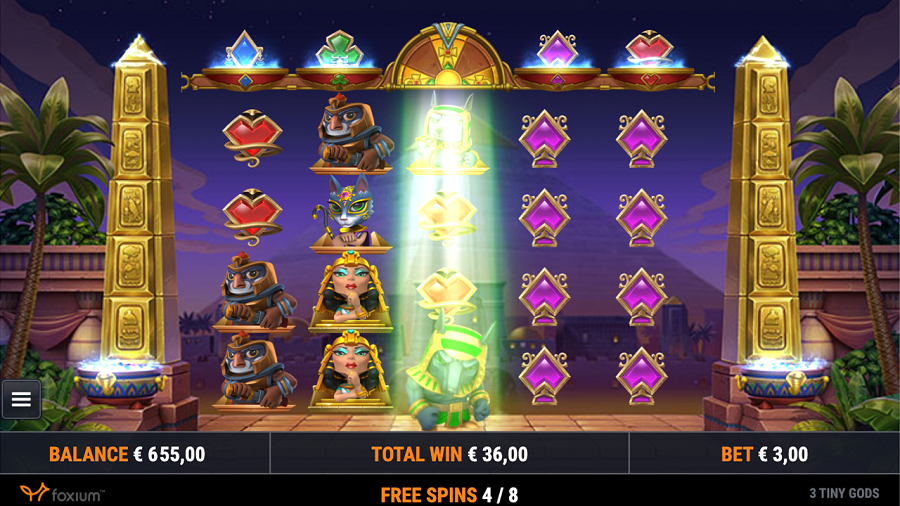 With the Gift of Bastet, any non-winning spin that occurs during the base game can be shuffled, potentially rearranging the reels to provide you with a combo that delivers the cash.

There’s a Jackpot feature too, where a stack of coins can appear somewhere on the reels – and these coins give you a chance to trigger the Jackpot bonus feature. Once it’s up and running, you’ll see three columns with various boxes – scratch the box to reveal what’s inside. With Mini, Midi and Maxi pots to be discovered, there’s clearly plenty of opportunity here for a whole lot of winning.

And it wouldn’t be a slot worth worshipping without Free Spins – three scatter symbols on the reels in the base game will grant you 8 Free Spins, with a further 12 up for grabs with the Wrath of Anubis feature.

The divine doggy can grant three extra spins, removing low value symbols from the reels in the process. The feature can be triggered randomly up to four times during the Free Spins.

Ready to mix it up with these diminutive deities, then? They’re not very naughty boys, they’re the messiahs…

3 Tiny Gods is released on 25th August 2020 – in the meantime, visit 32Red Casino to check out a wide range of table games and slots to keep you entertained for now!