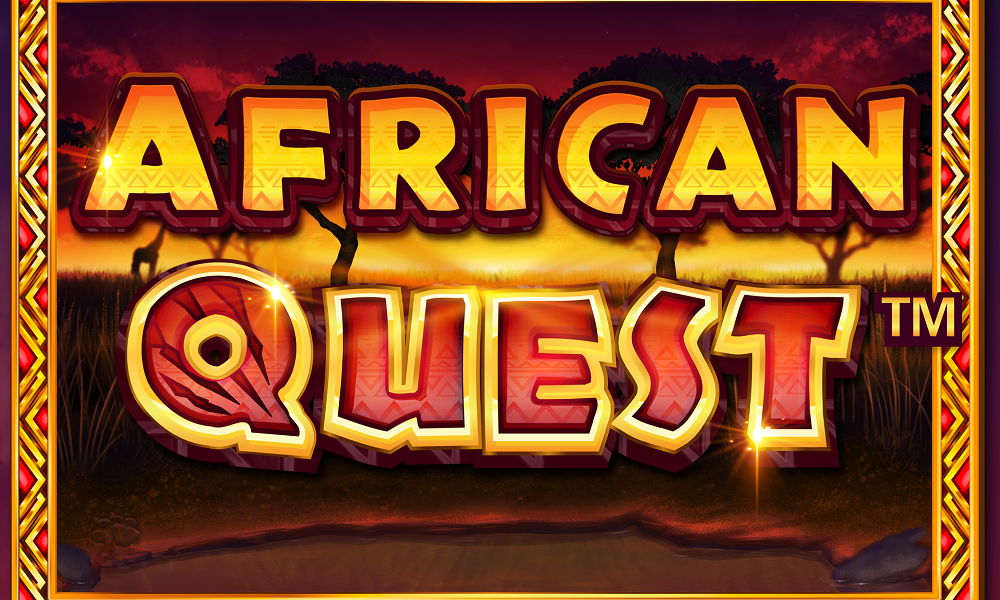 Easy, tiger! If you’re up for a spot of questing alongside some of nature’s most magnificent beasts, this new release from Triple Edge Studios may just have come up with the slot equivalent of Cat-Mandu. In that the slot features lions. Look, it’s not the greatest bit of wordplay ever conceived but we’re stuck with it now, just accept it.

Yes, with 1024 ways to win, it’s time to embark on a virtual safari – and big game doesn‘t come much bigger than this. As well as the king of the jungle himself, this Quest is replete with other African animals, from zebras to giraffes, rhinos to elephants.

But if you come across Kubwa the Lion, that’s when this Quest really roars into overdrive. You’ll chase down Golden African coins and seek to capture the Free Spins bonus – where there are lashings of wild multipliers, with the maximum available a huge 64x your bet!

There’s also a Respin feature, called Hyperspins here. Basically, after each spin in the base game, you can choose to respin a reel as many times as you want to, with the chance of completing a win – but bear in mind, you’ll need to pay for each respin. 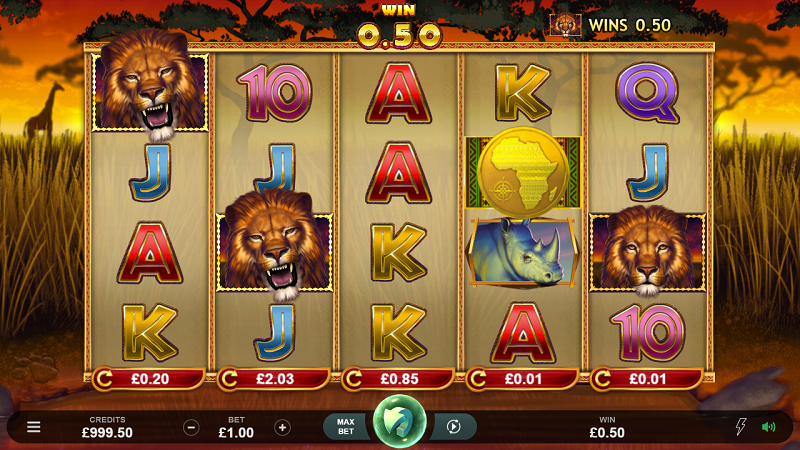 There are also scatters – if three or more appear anywhere on the reels, that’s when the Free Spins feature is fired up. At the start of the feature, you can choose which Free Spin option you want to take.

Then when the Spins are in play, if you an additional three scatters turn up on the reels then you’ll retrigger the Free Spins, or if two scatters come up you’ll be awarded extra Free Spins. Any wilds that come up during the Free Spins will award a random multiplier, too.

Depending on how many scatters appear on the reels to trigger the Free Spins feature, players can choose to collect as many as 40 Free Spins – but that will be with the lowest potential multiplier of between 1x-2x.

Alternatively, you can go the other way and select the biggest multipliers of between 3x and 4x – but the number of Free Spins you receive will be fewer, with three scatters equalling five Free Spins, four scatters granting 10 Free Spins, and five scatters meaning you’ll have 15 Free Spins to play with.

With African Quest, turn Savannah into Savan-yah! Better than a trip to your local wildlife park, less likely to feature some trophy hunting nitwit gunning down beautiful animals than a real-life safari, if you’re daffy about creature-feature slots, this one really hits the spot. Bring on the Africa shox…

African Quest is released on 21st January 2020 – in the meantime, visit 32Red Casino to check out a wide range of table games and slots that will keep you entertained for now!