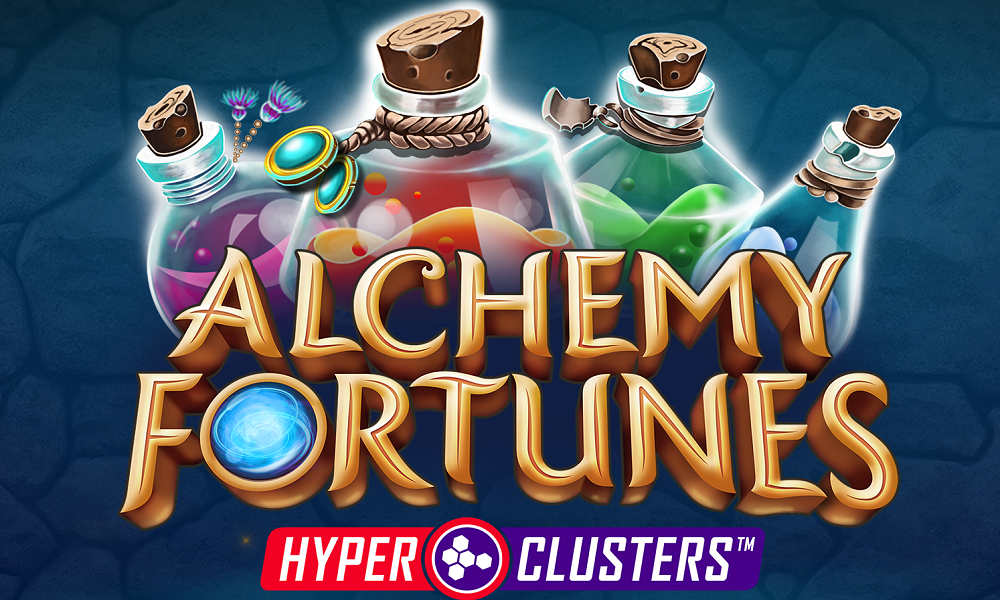 Alchemy. The art of transforming base metal into glorious gold. Turns out that achieving such a lofty aim is easier said than done – but maybe with Microgaming’s forthcoming Alchemy Fortunes, you can work a little magic of your own.

New from All41Studios, AF is clearly not your average slot; step into the alchemist’s laboratory, and you’ll attempt to mix together the crucial combo across seven reels and seven rows, as a nifty HyperClusters mechanic offers the chance to hit paydirt.

These HyperClusters can appear anywhere on the reels, and players require five or more matching symbols that are clustered either vertically or horizontally in the same part of the grid.

HyperClusters can pay out in their own right, but they can also help to fill up the Magic Potion Meter next to the reels. The Meter goes up in five different increments – each time you hit a new level, you’ll trigger a different feature. 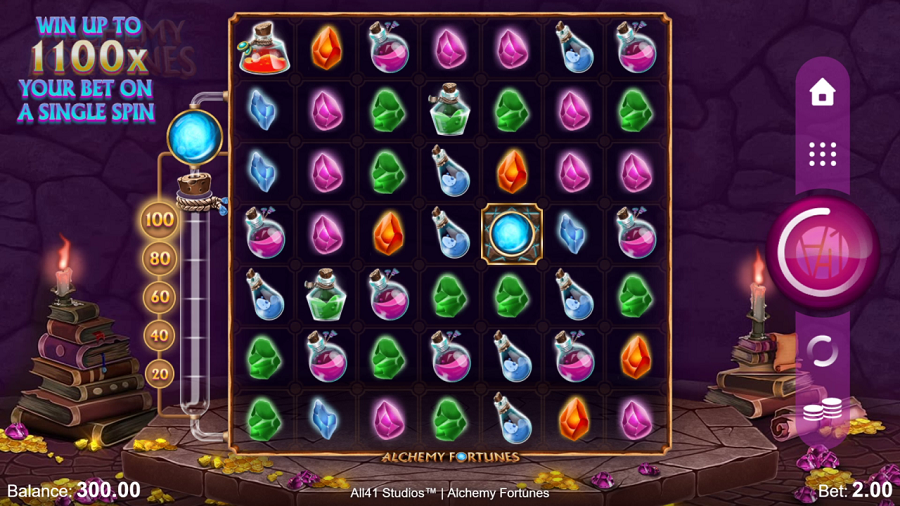 Potion Swap means all high symbols in the reels will be swapped for the same high symbol. Summon Wilds sees Wild Symbols added the reels on random positions.

Gem Crush sees all low symbols the reels removed, while Alchemy of Wilds means all previously recorded Wild symbol positions are activated. Finally, fill the meter to the top and you’ll unleash the Fortune Free Spins – five free spins that can be retriggered.

With Rolling Reels that trigger after every HyperCluster payout, you can form additional winning combinations too, as the symbols that made up your previous win vanish, to be replaced by a fresh batch.

It’s fair to say there’s a lot going on in this game, with plenty of ways to find the winning formula in this high volatility slot. Who knew science could be so beneficial to mankind? Time to hit the lab…

Alchemy Fortunes is released on 1st December 2020 – in the meantime, visit 32Red Casino to check out a wide range of table games and slots to keep you entertained for now!