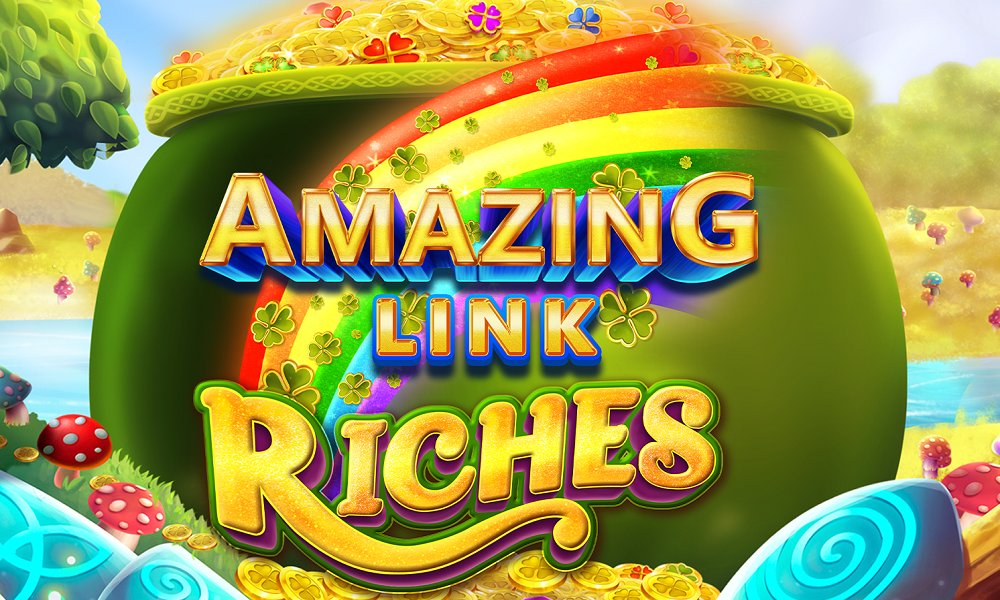 Just kidding. Amazing Link Riches is the brand-new leprechaun-themed release from Microgaming and Spinplay Games, who clearly believe in the old adage, give the people what they want. Which, in this instance, is a touch of the blarney.

See, the leprechauns themselves appear to have gone on holiday – and the idea is you can grab their gold while the little folk are away. That’s the conceit of Amazing Link Riches, which seems a little harsh on the leprechauns if we think about it too much, so let’s move along swiftly instead.

With flagons of foaming ale and green top hats festooning the reels, this five-reel, three-row release offers magical forest glades covered in toadstools as a near backdrop to the action. But beyond this idyllic is somewhat stereotypical setting, you’ll also find some rather fetching ways to win.

First there’s the Amazing Link feature of the title. Six or more Amazing symbols will trigger the feature, with Amazing Symbols locking in place, as you are awarded three respins. If additional Amazing symbols land during the respins, they will also lock onto the reels, and you respin count will be reset to three. 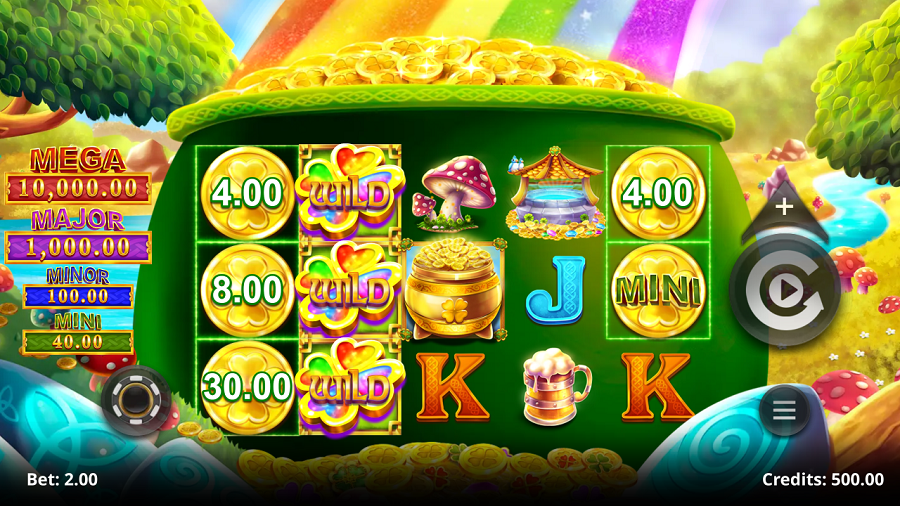 The feature concludes when every respin has been used up – or every position on the reels has been filled by the Amazing symbols. All the locked prizes will then be awarded. And if you fill every position, you’ll also collect the Mega jackpot – no small potatoes there.

Another very cool feature here is the Free Spins, which are triggered when you land the Pot of Gold symbol on reels 1, 3 and 5. You’ll be awarded 10 Free Spins, and one of the reels will contain solely Wild Amazing symbols on each spin.

Back in the base game, Amazing Symbols that land on the reels can be collected above the reels, and the Pick Feature can be randomly triggered. Here, you’ll try to match three identical icons in a bid to win a prize. And with jackpots ranging from Mini to Minor, Major to Mega, there’s definitely plenty to play for.

Amazing Link Riches is released on 7th December 2021. In the meantime, visit 32Red Casino to check out a wide range of table games and slots!