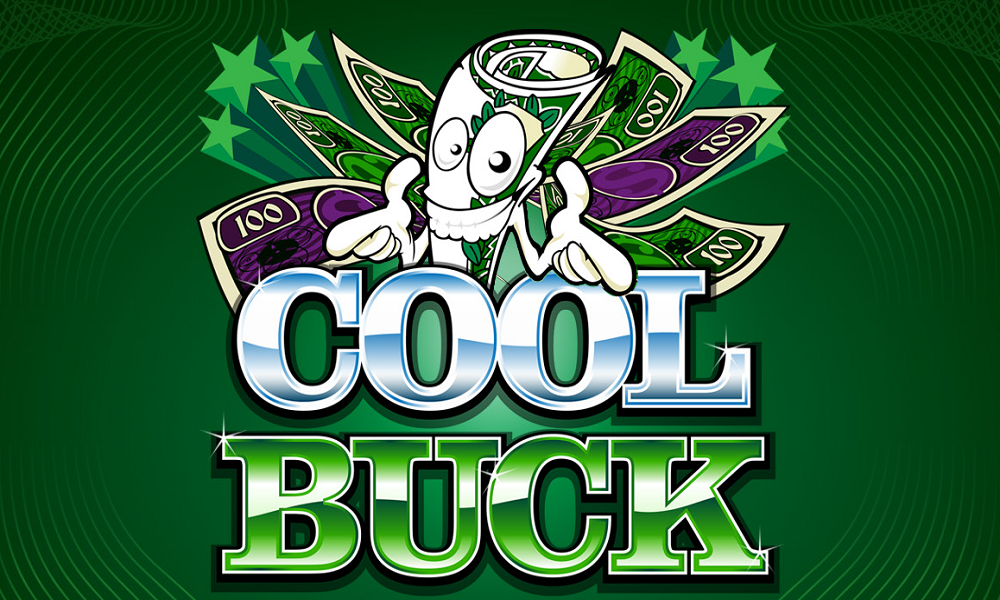 Here’s what you’ve got to look forward to soon… 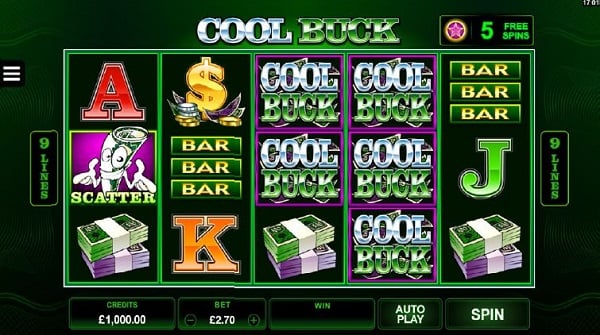 Looking for more bang for your buck (well, quid)? Try Cool Buck; it’s a five-reel, nine-line slot that takes the dollar bill as inspiration, even if – and we’re sure this is a complete coincidence – the main Cool Buck image sort of looks like a different kind of green. Hey, maybe that accounts for the laid-back vibe here.

The standard game features scatters and also Super Stacked Wilds – that means a wild symbol that can cover an entire reel, if you’re wondering. Look out for the small star shaped Free Spins token that appears on some symbols too. Every time one of these token lands in the base game, an extra spin will be added to your Free Spins bank.

Collect 30 or more tokens, and you’ll trigger the Free Spin feature – which can also be started by landing three scatters. Then you can use the spins you’ve banked – and any winnings you get whilst using the spins are also multiplied x2! As a wise man once observed, I’d buy that for a dollar…

Cool Buck will be available to play on 32Red from the 5th of April. 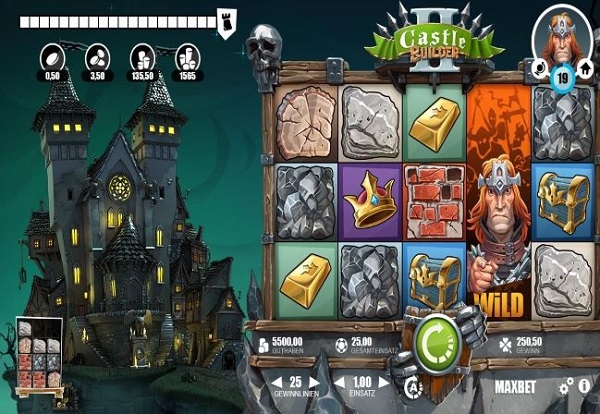 If Cool Buck is a little on the minimalist side, Castle Builder II is loaded with stellar features and irresistible presentation. With visuals that wouldn’t look amiss in a next level videogame RPG, Castle Builder II looks spectacular.

Slots players will recognise the various Expanding Wilds, Free Spins, Wild Symbols and Bonus Games that can be collected here. But there’s much more; players choose from one of three main characters, each of whom offers a different gameplay experience.

As you play, you’ll make your way through 15 kingdoms that have been inspired by the likes of The Lord Of The Rings. There are four difficulties, ranging from easy to insane, and the rewards for taking on the insane difficulty can be very handsome.

As you play through an experience that’s as much an adventure as it is a slot, you can initially play as kindly old builder Sam, or Mandy, who’s decent with a hammer but also has buckets of charm too. Complete a game cycle with either of those two characters, and you get to play as another mysterious character.

Before that, you’ll rise up the career ladder, building castles, earning kingdom medals, completing cup challenges and generally attempting to earn achievements. Seriously, this slot is packed with things to do – and ways to win…

Get in the mix for our Bonus Safari!
Huangdi The Yellow Emperor slot review