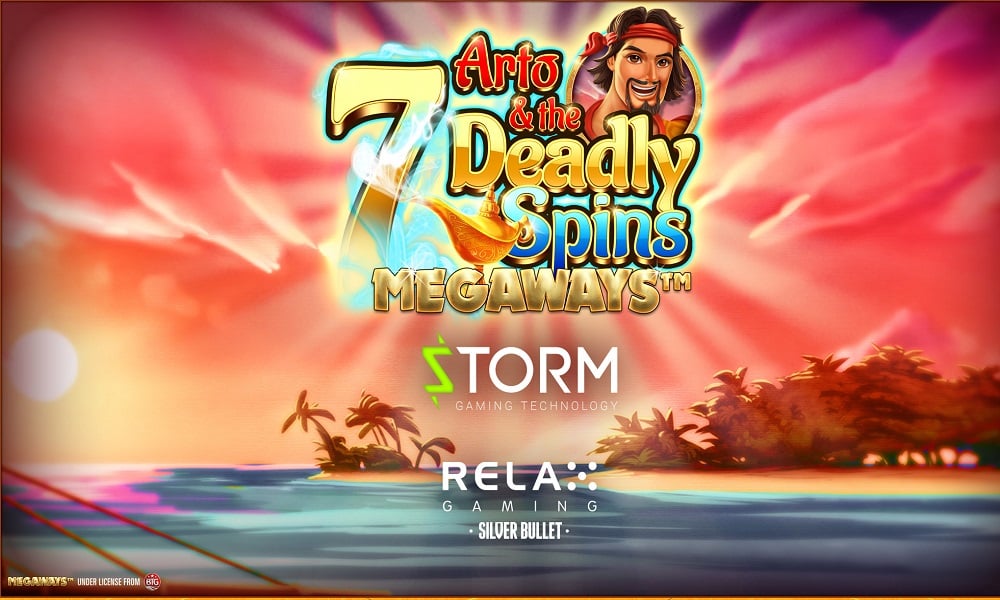 Some would say that a slot based around the seven deadly sins that doesn’t feature Gwyneth Paltrow’s head in a box is a missed opportunity.

Be that as it may, Arto and the Seven Deadly Spins is a rather excellent new release from Relax Gaming. This game whisks the player away on a tumultuous seafaring adventure across ancient Persia, complete with genies, pots of gold, and plentiful potential for a payout.

Arto himself is the heroic lead who’ll accompany you on your quest for glory. And because this is a Megaways slot, you’re not short of routes to a prize – this six-reel slot offers up to 117,649 ways to win.

As is the case with all Megaways titles, landing a winning combo triggers a cascade effect, where the winning symbols vanish from the screen to be replaced by new ones. And that can result in further winning combinations, too.

There’s also a top row which can add extra symbols above the four central reels. Keep watching for Mystery Symbols that can appear after a win, too, revealing winning symbols.

Otherwise, you’ll want to keep an eye out for ship scatter symbols. If three of these scatters land in a spin, you’ll be awarded a randomly chosen feature within the 7 Deadly Spins. 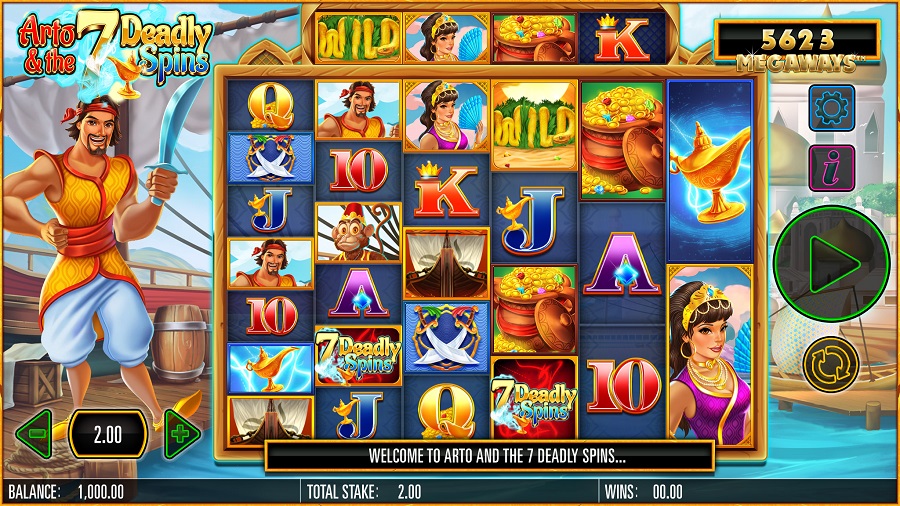 Spin the wheel to determine which feature you’ll activate. There are a range of variations on the Free Spin bonus, all of which are worth investigating.

There’s also an Unlimited Win Multiplier in effect during the Free Spins that will increase by 1 after every cascade. Some features also offer a starting multiplier of x3, that can climb as high as x10, too.

Look out for the Genie Lamps too, which can appear in the base game or during Free Spins. Three or more Lamps trigger the Pick me feature, which pays a random multiplier. During the Free Spins, it will pay a multiple of a multiplier for a still more massive win.

With cute visuals featuring Arto and chums, like a beautiful princess and even a fez-wearing monkey, this slot’s got bucketloads of charm to go with that wonderful potential for a payout.

It’s fair to say we don’t know much about Arto – but we know what we like. This voyage across the seas is packed with fine features you’ll want to discover for yourself. Slots fans will be in Seventh heaven with this one…

Arto and the Seven Deadly Spins Megaways will be released very soon. In the meantime, visit 32Red Casino to check out a wide range of table games and slots!