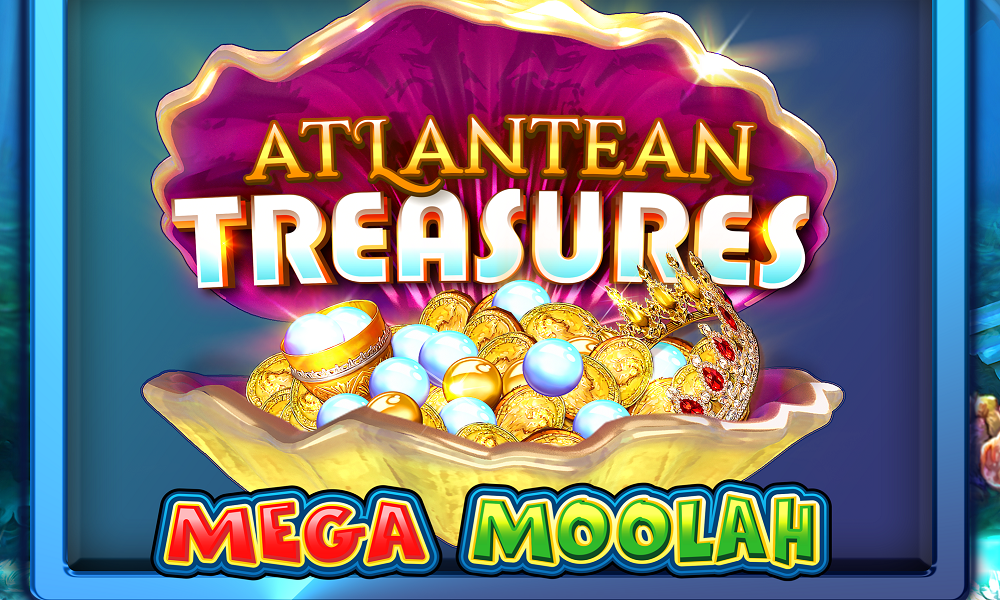 This groovy new release from Neon Valley Studios invites players to take a wondrous voyage to a mysterious underwater kingdom.

There, you’ll discover starfish, seahorses, and mermaids gliding serenely through the briny deep; not unlike Derek Zoolander in his famous perfume commercial, in fact.

Still, if the promise of ocean-dwelling maidens leaves you unmoved, don’t fret – there’s big, thick stacks of moolah to be won here, too. Hurrah!

Perhaps this five-reel slot’s most tempting component is the progressive jackpot feature, the Mega Moolah Mega jackpot – though actually there are four jackpots, each one ranging in size.

How to earn a chance at winning it? Well, some symbols on the reels in the base game also include pearls, which will automatically be collected and added to the oyster shell at the left-hand side of the screen. 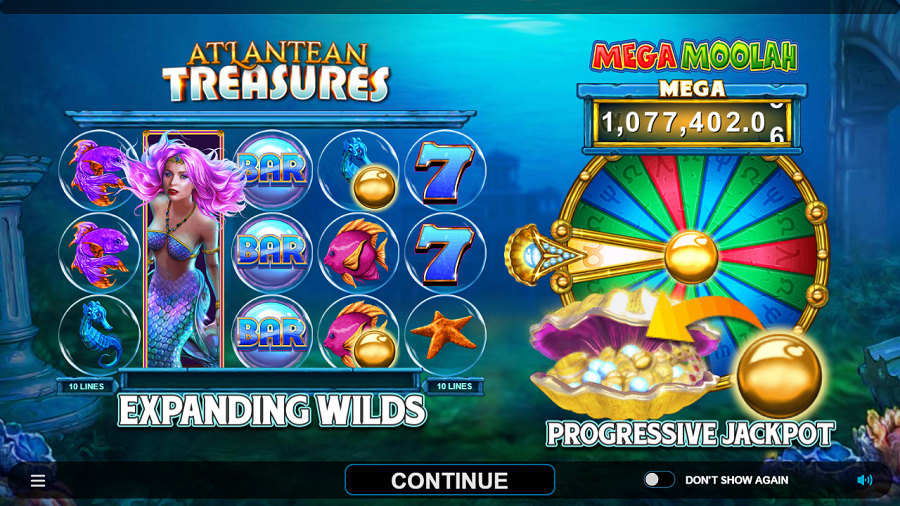 By collecting these trigger symbols, you’ll have the chance of triggering a spin of the Progressive Wheel – where you’re guaranteed to win one of the progressive jackpots!

Cop the Mega jackpot and you’ll be coining it in, but even if that one eludes you, the other three offer plenty of good reason to get involved too.

Atlantean Treasures also packs a Respin feature, when if a mermaid symbol lands it will award a respin, with expanded wilds locked into place as the remaining reels respin. It’s possible to earn three successive respins, if you get really fortunate.

There are Expanding Wilds too – any Wild that lands will expand to fill the entire reel, with line wins awarded once the Wilds expand.

Mightier than Moby Dick, more fantastical than a Jules Verne adventure, this oceanic adventure is definitely worth making waves about. You don’t have to be some salty old seadog to enjoy this one – get in the sea!

Atlantean Treasures Mega Moolah is released on 25th February 2020 – in the meantime, visit 32Red Casino to check out a wide range of table games and slots that will keep you entertained for now!