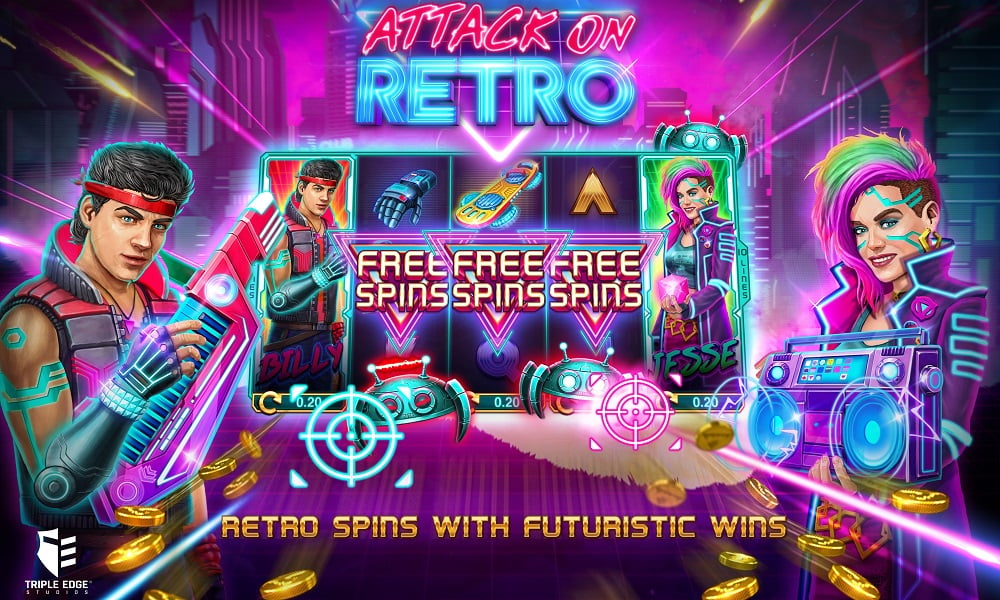 Out now: Attack on Retro

Developers Triple Edge Studios have tapped into the aesthetics of the 1980s – we’re talking key-tars, ghetto blasters, electro-gauntlets, you name it. The result is one of the most striking looks since Kajagoogoo were keeping it real.

So what’s the deal with this future shock? Well,in the year 2187, a couple of cyberpunk go-getters called Billy and Jesse are charged with protecting Retro City from wave after wave of robot attacks.

This five reel slot offers 10 fixed paylines, with wilds, scatters – and a Free Spin feature that also offers multipliers. In fact, the Free Spins feature gives the player a choice. 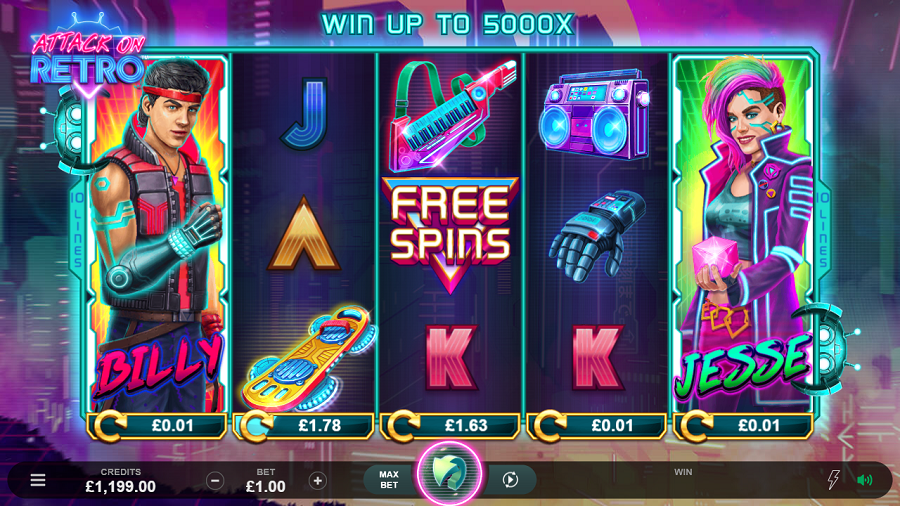 Alternatively, you can forget the multiplier altogether and just take 10 Free Spins. You can retrigger the Free Spins feature too, and there are guaranteed Stacked Wilds in Free Spins, with reels 1 and 5 permanently wild.

If that’s not enough to get you on board, there are also paid respins that players can trigger after any regular spin. And did we mention the Random Wilds feature, which can kick in at any time, with up to 15 robots appearing over the spinning reels. If a laser hits one of the bots, a wild symbol will appear, meaning players can reveal up to 15 wilds if their luck’s in!

Let’s face it, this little beauty is just brimming with exciting slot goodness. And with a theme that’s simultaneously nostalgic as well as forward-looking, this upcoming release is already shaping up to be a Retro-classic.

Attack on Retro is released on 3rd March 2020 – in the meantime, visit 32Red Casino to check out a wide range of table games and slots that will keep you entertained for now!