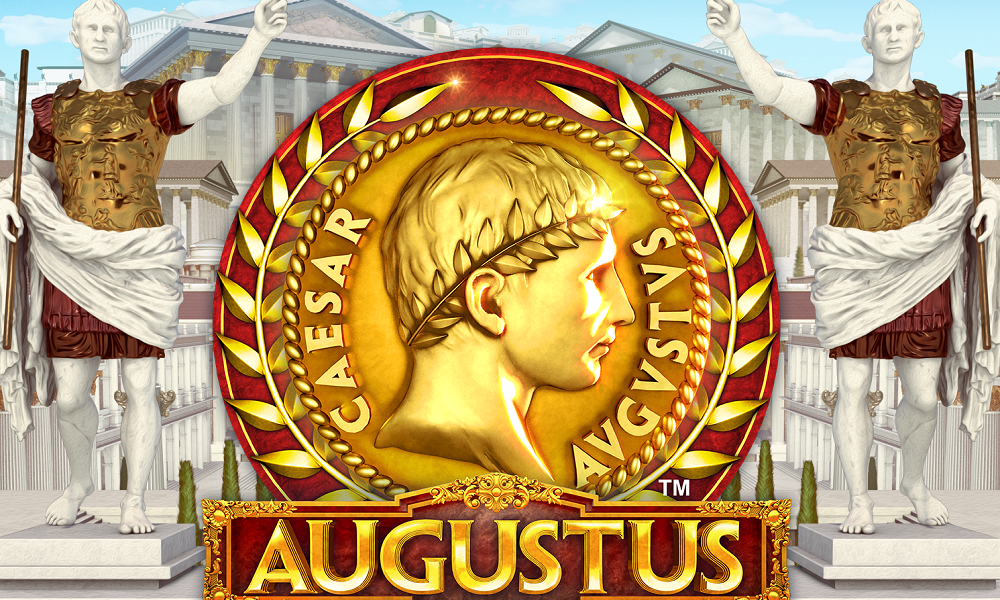 The ancient Roman emperor Caligula publicly declared himself a living god, made plans to appoint his horse to become head of the senate, and was eventually assassinated by his own guards. Now that’s what I call emperor-ing. Play Augustus now

Alas, Cal’s predecessor was a far more reasonable, fair-minded kind of fellow, so Microgaming’s forthcoming new release Augustus is light on regicide. It is, however, a pretty ace experience in its own right – even when they weren’t complete whack jobs, those Romans knew how to party.

This intriguing new release, developed by Neon Valley Studios, sees players return to the Roman empire at the height of its powers. Which, in this slot, anyway, is represented by strikingly attractive Praetorian guards appearing on the reels to deliver some potentially epic payouts. 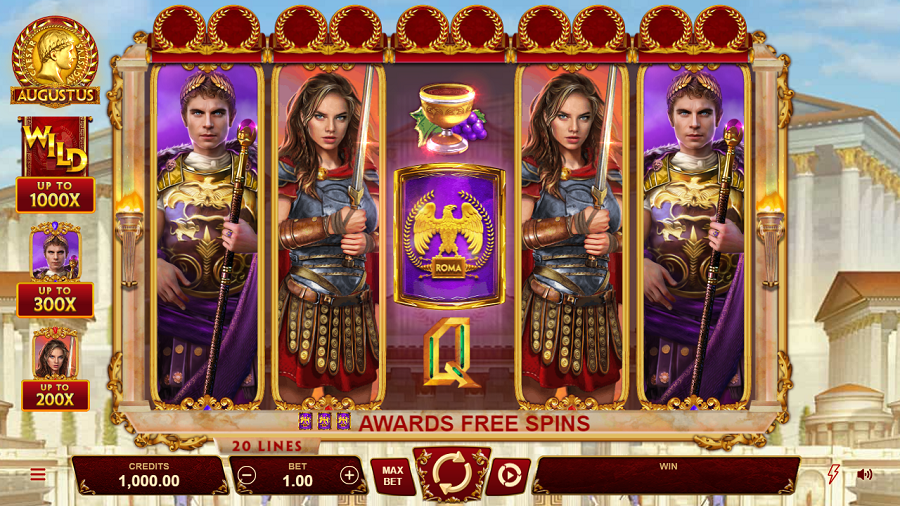 This five-reel release features wilds and scatters, but also a neat Wild Reel feature; collect two of Augustus’ gold coins on any reel, and you’ll make reel Wild the following two spins. Augustus himself, as well as his elite guards, also play their part here – they can appear stacked twice or three times on the reels, dangling the possibility of a kick-ass winning combo.

Otherwise, the aforementioned scatters are your route to Free Spins – three or more grant you this popular feature, where you can choose whether to take fewer spins but with more wild reels, or vice versa. You can choose to take as few as two Free Spins – but do so, and you’ll start with three random Wild Reels, which could well be enough to put a fine combo together.

With exceptional presentation that combines striking visuals with a suitably stirring soundtrack, Augustus offers a slot experience so distinguished, even Marcus Aurelius himself would surely view this game favourably. Are you not entertained?

Augustus is released on 24th November 2020 – in the meantime, visit 32Red Casino to check out a wide range of table games and slots to keep you entertained for now!