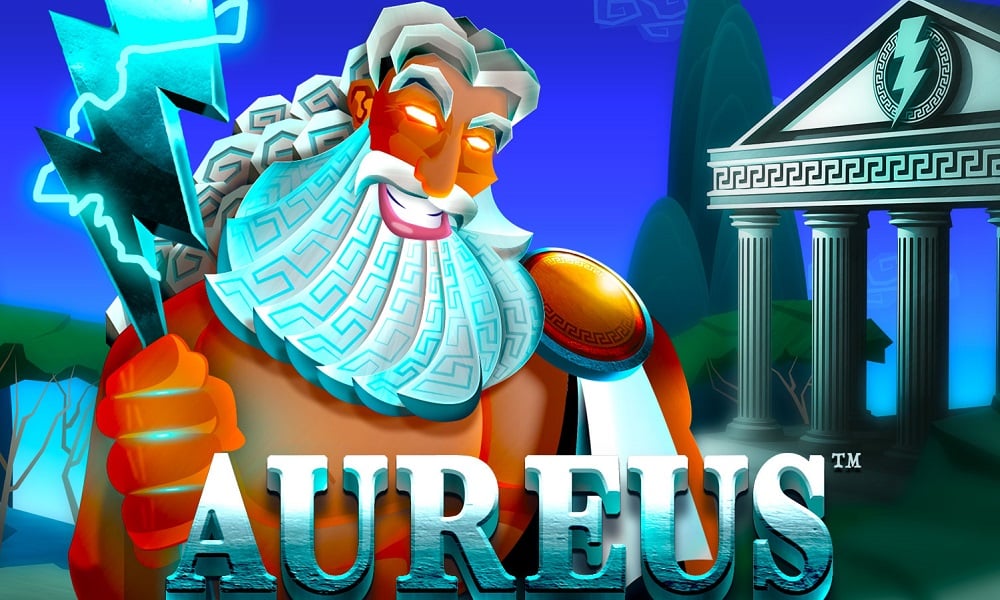 If it’s a little Rome improvement you’re after, Microgaming’s Aureus could be just the title you’ve been waiting for.

Developed by Crazy Tooth Studios, this tribute to the Ancient Roman era eschews the usual gladiatorial, gore-soaked gubbins for something a little more wholesome.

Amply bearded Roman deity Jupiter takes centre-stage to help guide you to the gold coins – or aurei, as they were known back in the day.

If you’re looking to land some of those coins, you’ll want to get yourself up to speed with Aureus’s funky new feature, known as COINVERGE.

The Coin mechanic simply means that in this three reel, five row release, you can match opening brackets with a closing bracket on the screen to activate a collection area between the two brackets. 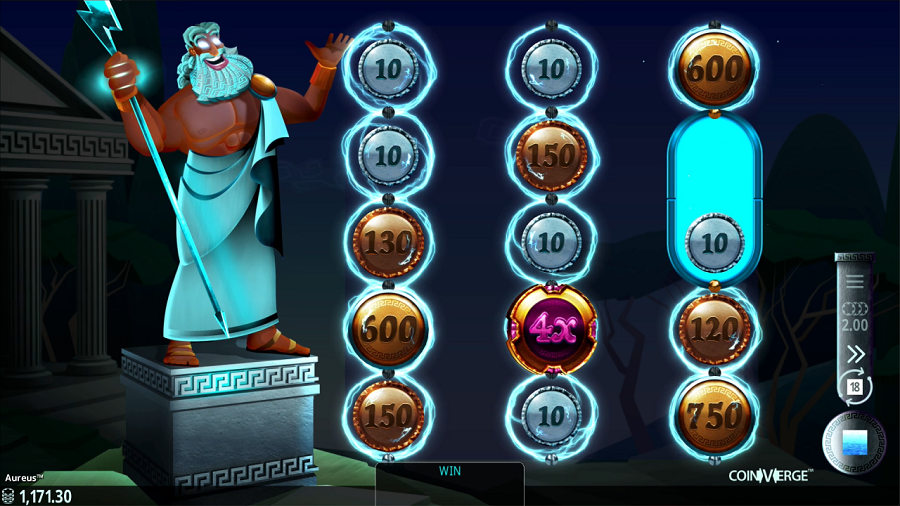 Multiple collection areas can be activated during a spin, and any coins that appear within the collection area will be awarded to you. Brackets can cover more than one row on the reels too, offering greater scope for more coin collecting if you get really fortunate.

Otherwise, toga enthusiast and all-powerful god of the sky Jupiter is also on hand to help, angrily clutching his staff in order to wield elemental powers, hurling lightning bolts across the screen to summon various awe-inspiring additions to the game play, from eight respins to multipliers that go up to x5.

While we have to admit that Aureus perhaps looks a little austere on first glance, this unusual effort offers something a little different from the norm – it’s actually fun to play and potentially rewarding if you’re prepared to give it a try, by Jove. Time to go up the bracket…

Aureus is released on 4th March 2021 – in the meantime, visit 32Red Casino to check out a wide range of table games and slots to keep you entertained for now!