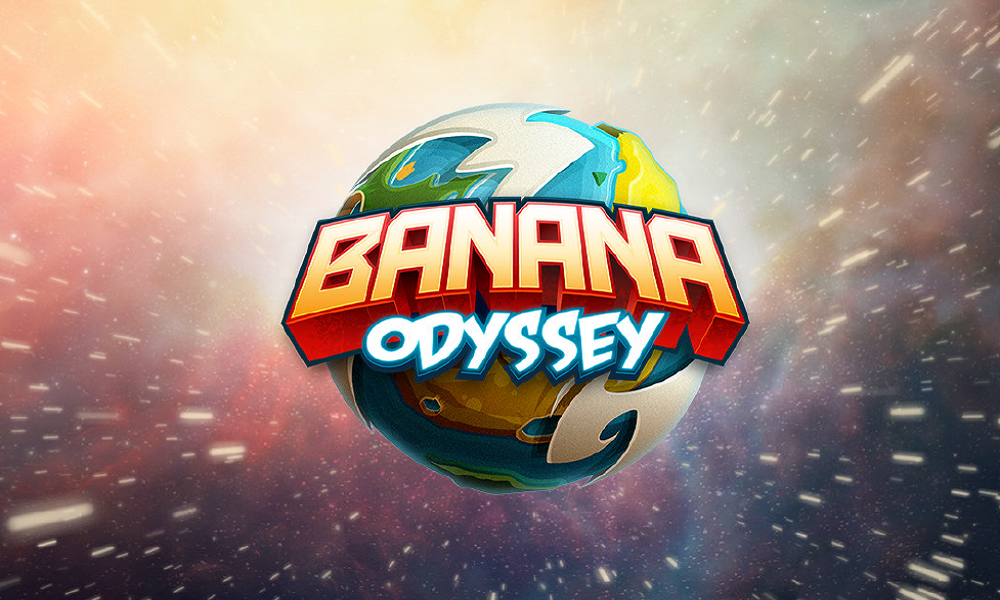 For many film fans, Stanley Kubrick’s 2001: A Space Odyssey was the definitive intergalactic movie experience, a mind-melting journey into the unknown that left viewers dazzled and dazed in equal measure.

If we had one complaint about this endlessly imaginative venture into a universe beyond the quotidian, it’s that it didn’t feature enough space monkeys obsessively doing anything in their power to hunt down a bunch of magical space bananas. Well, problem solved!

Yes, Slingshot Studios have produced their own mind-blowing ode to space exploration, and it’s not short of simian activity. A pair of budding astrochimps, Buck and Chip, have vowed to go where no chimpanzee has gone before, taking one small step for monkey, one giant leap for monkey kind. All Karl Pilkington’s wildest fantasies are finally coming to fruition. 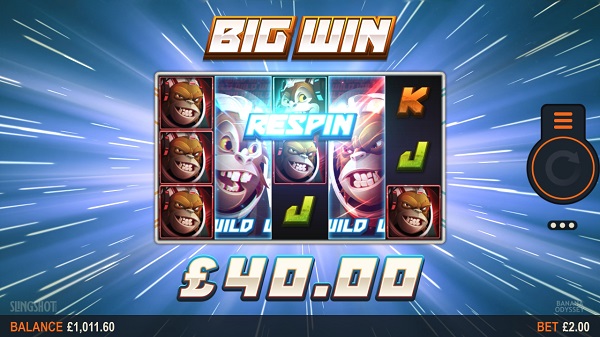 Buck and Chip are both in search of the Banana Planet, you see, which is pretty much the holy grail as far as monkeys go. And with a pleasing presentational style that even the most dedicated of simian cynics will go bananas for, chances are this may just be the most affecting slot release we’ve ever been fortunate enough to witness. Houston, we don’t have a problem.

After four paragraphs of barely adequate monkey-themed wordplay, chances are you may just want to know how the slot plays. Fair enough. It’s a 5 x 3 reel, 10 line game replete with Free Spins, Re-spins and Expanding Wilds.

If the Wilds land during the standard game, they can expand to fill their reels. That expanded Wild will then remain in place, with the remaining reels respinning, for an additional chance at a win.

Onto the Free Spins, now – and as tends to be the way with this kind of jazz, three scatters landing on the reels is enough to trigger this feature, granting the player 10 Free Spins.

Ready to go ape, then? If you’re up for a little space monkeying around, there’s not long to go now until lift-off…

Banana Odyssey launches on 4 September 2019. In the meantime, visit 32Red Casino now for a wide range of table games and slots to keep you entertained!