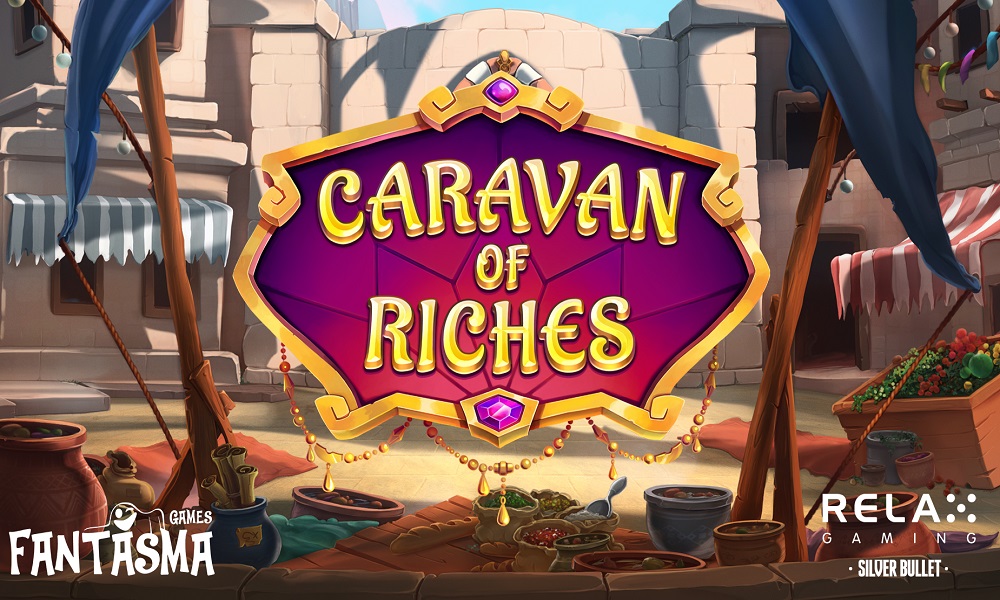 Caravan of Riches slot out now

In fact, it’s not a camping holiday at all. If you were hoping for some kind of Carry On style shenanigans, or a slot themed around the concept of a Bognor Regis vay-cay in cramped conditions, you’re out of luck.

Nope, this is the other kind of caravan – the historical kind, with a group of travellers moving through trade routes like the Silk Road – which also makes an appearance here.

New from Relax Gaming and Fantasma Games, this release features five reels and varying rows – see the pic below – along with snazzy presentation and some undeniably diverting features.

We’re probably not telling you anything you didn’t already know when we tell you to look out for the scatter symbols. Three of these bad boys in one spin will activate the Free Spins feature, where you’ll be awarded 10 Free Spins.

There are different levels of symbol upgrades to be discovered in the Free Spins too. Whenever a scatter symbol lands, it will be collected; collect four symbols to level up. You’ll be awarded an extra three Free Spins, and the symbol set will be upgraded. 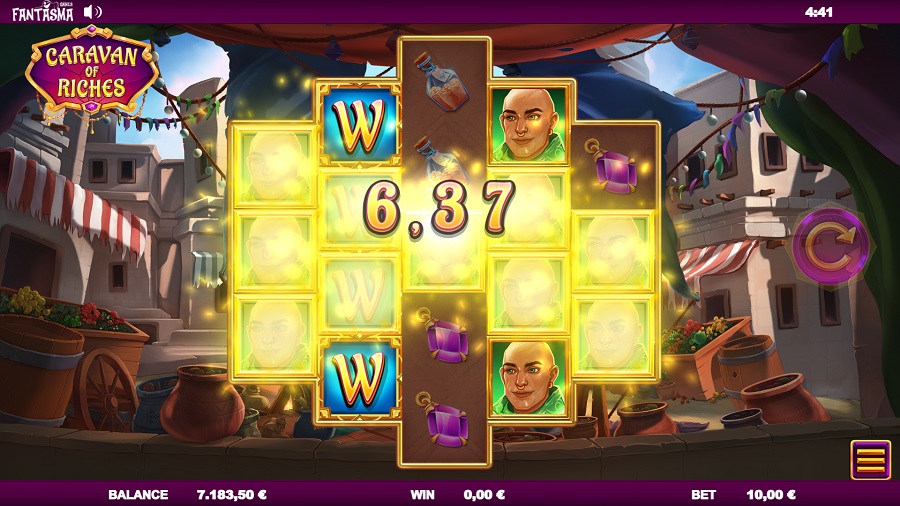 You can level up as many as four levels – you’ll start off with all five character symbols able to land on the reels. But make it all the way to Level 4, and only the top paying character symbol will land.

What’s more, if another three scatters turn up during the Free Spins, you’ll be granted five additional Free Spins.

Back in the base game, the Silk Road feature is triggered when a line of matching character symbols span across all five reels of the slot.

Once activated, you’ll be given a respin, with the symbols on the reels changing. A number of special symbols will land on the otherwise blank reels; these symbols each reveal cash amounts that you’ll collect.

And that’s pretty much it. Caravan of Riches doesn’t bog you down with too many systems, instead using a couple of familiar, ever-popular features to keep you entertained. It works a treat, too – this high road is definitely worth taking.

Caravan of Riches will be released on 8th March 2022. In the meantime, visit 32Red Casino to check out a wide range of table games and slots!