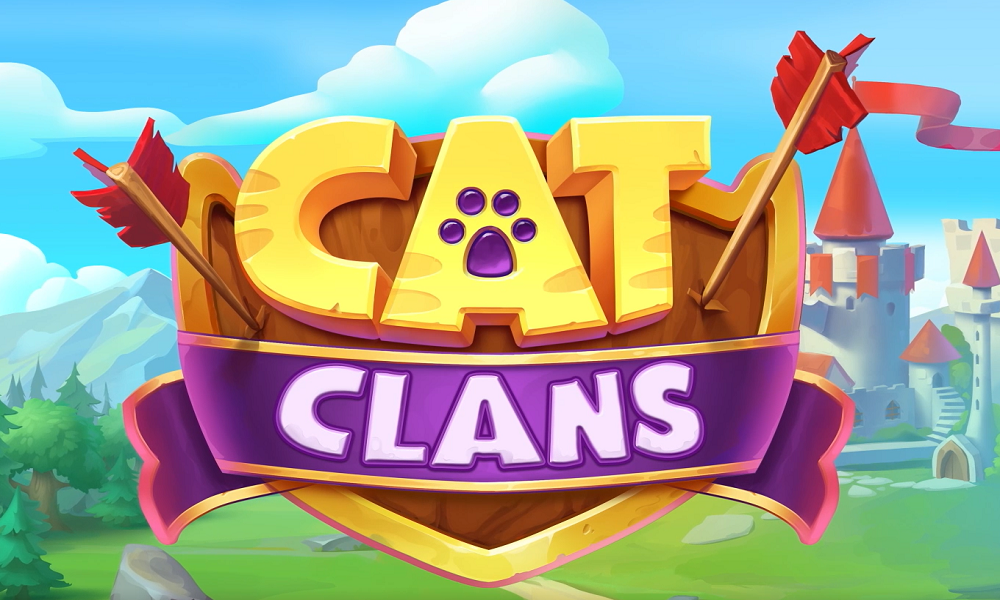 Well, well, well – look what the cat dragged in. In a good way. Cat Clans is the pussy-packed new release from Snowborn and Microgaming that proves a cat may look at a king. The king in this case being you, the player. Play Cat Clans now

Transparent flattery or simply a laboured introduction to a game featuring cats? Who says it can’t be both? Either way, Cat Clans is a cracking new five-reel, three row slot worth delving into – and here’s why.

In this 20 line slot with the frankly improbable concept of an array of castle-dwelling warrior cats in the Highlands plotting to overpower their rivals, you’ll find cute kitties – along with enough features to make you purr.

In the base game, you’ll find Multiplier Wilds which can land anywhere on the reels and which will substitute for other symbols – these Wilds carry a multiplier value of between 1x and 5x too, which can considerably pump up the value of a potential payout. 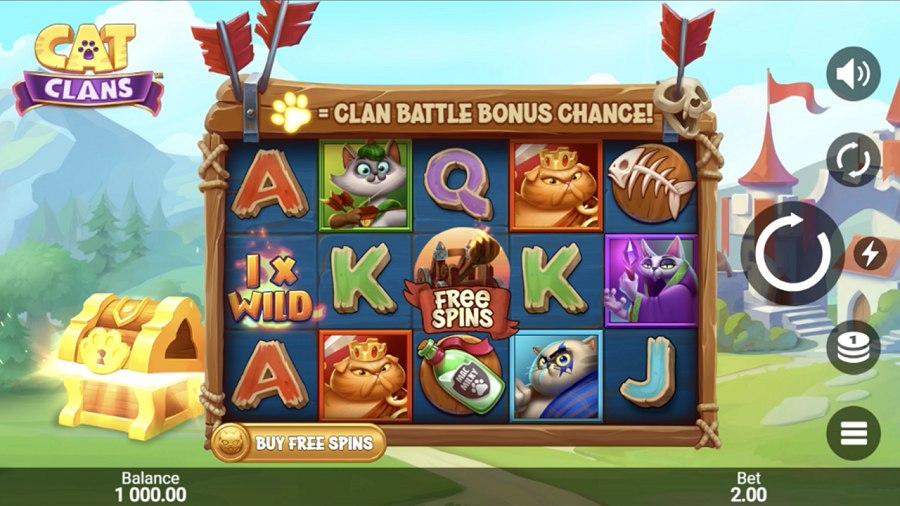 If three Free Spins scatters land in a spin they’ll trigger the Cat-A-Pult Free Spins feature. You’ll be granted three Free Spins to start with, and every time a Wild lands on the reels it will stick in place, while the number of Free Spins will reset to three.

Sticky Wilds have multiplier values – and one of these values can be increased by the Cat-A-Pult animation, which kicks in once during the feature if there’s at least one Sticky Wild on the reels. A Multiplier value can climb as high as x9, too.

Back in the base game, there’s also a Clan Battle Bonus; the player collects Golden Paws to unlock the feature, with these paws being randomly attached to cat symbols. The feature is triggered at random, too – it’s not dependent on the amount of Golden Paws you collect.

If you’ve got a thing about feisty felines this really is the cat’s pyjamas. But even if you’re more of a dog person, this Clan ain’t nuthin’ ta f’ wit. Tawt you taw a puddy tat? You did…

Cat Clans is released on 9th December 2021. In the meantime, visit 32Red Casino to check out a wide range of table games and slots!