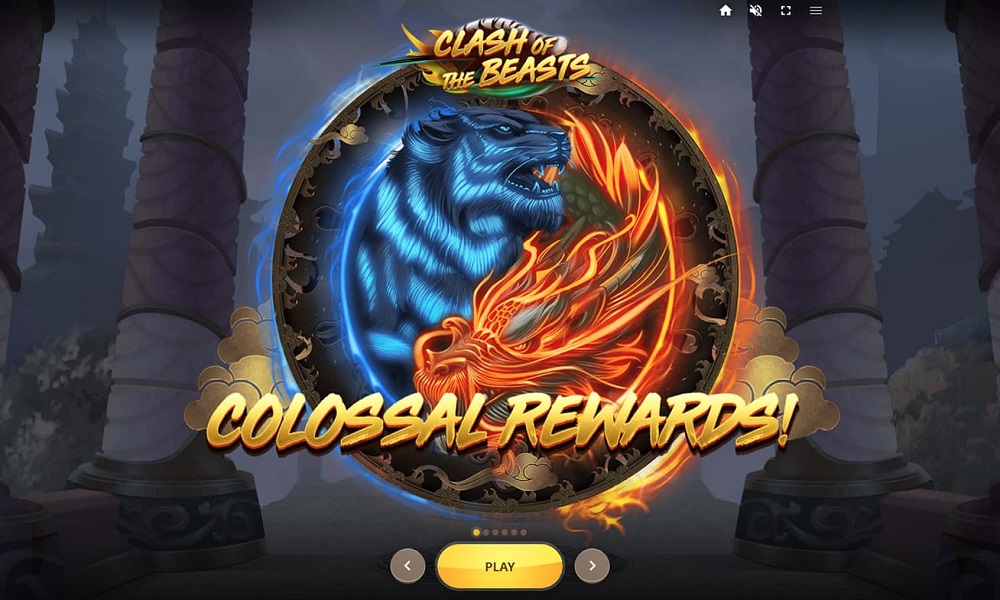 Coming soon: Clash of the Beasts

Time to activate Beast mode? Set to arrive at 32Red imminently from our chums at Red Tiger, Clash of the Beasts is a tempestuous journey into bestial brawling, as tiger and dragon do brutal battle for some unspecified but surely legitimate reason.

Hey, for all we know maybe dragons and tigers have a longstanding beef in eastern mythology. Whatever, these two lairy monsters are about to go toe-to-toe in a slot-based grudge match – and whichever heavyweight comes out on top, the real winner could be you.

With six reels and five rows, venture into this mystical Chinese temple patrolled by the aforementioned white tiger and dangerous dragon. As well as the beasties, there are three different varieties of Free Spins to be discovered in this eye-catching adventure.

For Tiger Spins, look for the Tiger symbols – they appear on the first three reels. Two of these landing on the reels will award 10 Tiger Spins, while three will grant you 15 Free Spins. While the feature is in play, the tiger can randomly choose to swap symbols – granting you a certain win in the process. 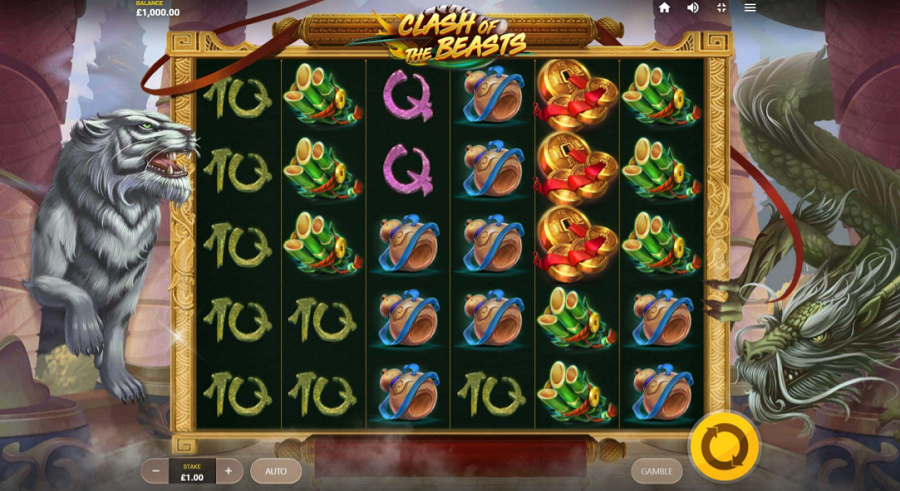 With Dragon Spins, it’s a similar story – look for the symbols appearing on reels four, five or six. Two symbols equal 10 Spins, three symbols gives you 15. But here, when the feature is up and running the dragon can nudge the reels and rows in order to bring you greater wins.

And if both Tiger and Dragon symbols land on the reels during the same spin, you’ll trigger Clash Spins. Two symbols award 10 Clash Spins, with each extra symbol giving you another five bonus spins, up to a possible 30 Free Spins. Random Wilds can also be triggered while the Clash Spins are taking place.

The greatest Clash since Joe Strummer and Mick Jones got together? Could be. Not long now ‘til you can unleash the Beast inside…

Clash of the Beasts is released on 26th October 2020 – in the meantime, visit 32Red Casino to check out a wide range of table games and slots to keep you entertained for now!