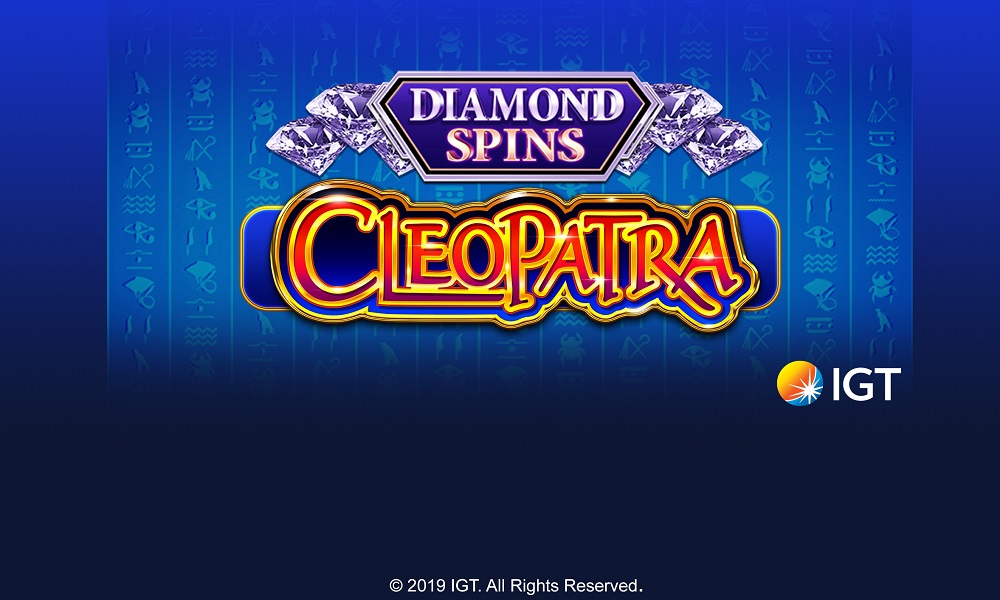 Cleopatra, coming atcha. Everyone’s favourite Egyptian queen has returned, strutting around the place like some kind of beauteous goddess. And this time, this historical babe has the added allure of Diamond Spins…

Kicking off proceedings by wishing us great prosperity, which is a classy touch from Cleo, this is a five reel, 20 pay line slot from those wacky guys at IGT. In fact, Cle keeps chiming in with comments on the action, breathily intoning “beautiful” if a win pops up, for instance.

With some dramatic tunes in the background and the usual array of inscrutable Egyptian iconography like the eye of Ra and ornamental scarab beetles, this slot nails the atmosphere – so what about the in-game mechanics? 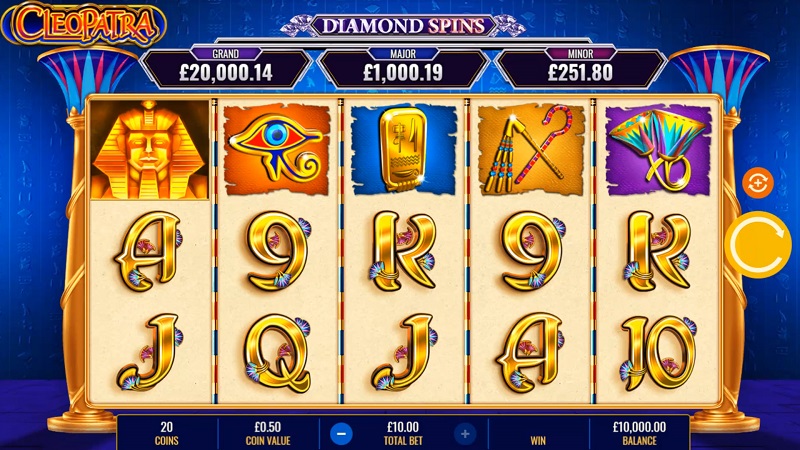 While this feature is in play, all the reels in the Diamond Spins bonus are independent reels, and any diamond symbols that appear will lock in place for the remainder of the bonus. Every time a diamond symbol lands, the respin counter resets to three respins remaining.

And each diamond symbol that lands will reveal either a bet multiplier or a progressive symbol, with the then locked in position as the bonus feature plays out.

Otherwise, you can trigger the Cleopatra bonus when three or more Sphinx scatter symbols appear on the reels – nab this bonus, and you’ll be granted 15 Free Spins.

What’s more, all wins that occur while this feature is in play (except Cleopatra symbols) will be trebled. And if three or more sphinx symbols appear on the reels during the Free Spins feature, the player will be credited with an additional 15 Free Spins.

Carry on Cleo, then? As the late great Julius Caesar once wailed, “Infamy, infamy, they’ve all got it in for me.” Don’t be like Jules – give this one a (Diamond) Spin…

Cleopatra Diamond Spins is released on 21st January 2020 – in the meantime, visit 32Red Casino to check out a wide range of table games and slots that will keep you entertained for now!

Out now: African Quest
Out now: Pillars of Asgard