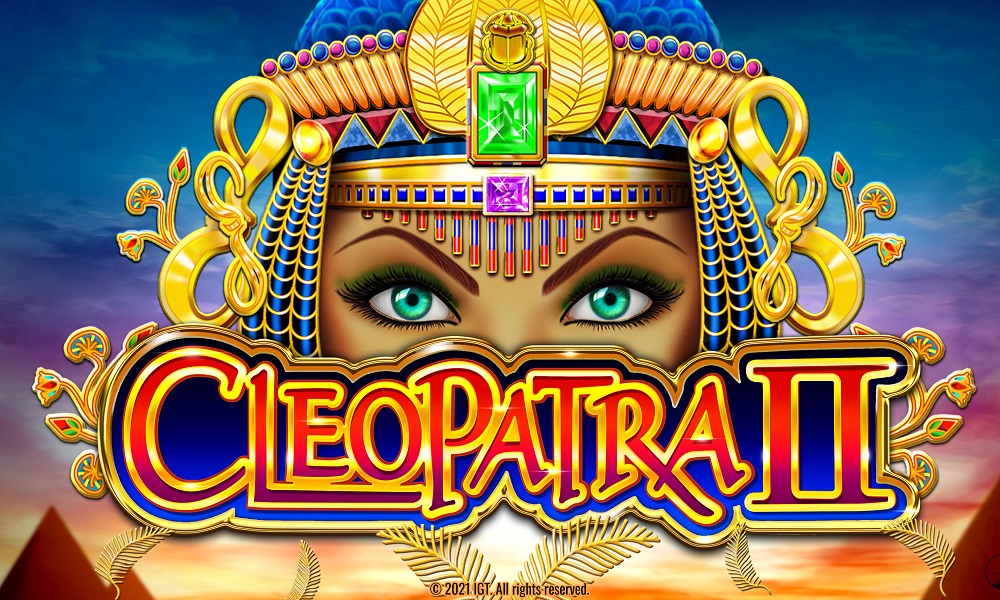 Cleopatra was essentially the Beyonce of her day, a strong woman who became empress of all she surveyed even as she forged relationships with other powerful men. Who knows if she told Julius Caesar he “shoulda put a ring on it”, but we’re not ruling it out. Play Cleopatra II now

And now, this independent woman of the 1st century BC, inspiration for Shakespeare plays and Carry On movies alike, is here to take another starring role – in Cleopatra II, the wondrous new slot from IGT.

In this five-reel slot, the green-eyed beauty looms large as pyramids and flames lend a moody atmosphere to proceedings, while unusually catchy background music accompanies your every spin.

As you play, you’ll notice that the Cleo II symbol acts as a wild, substituting for other symbols. If two or more of these symbols substitute for other symbols in a winning combination, your win will be doubled. 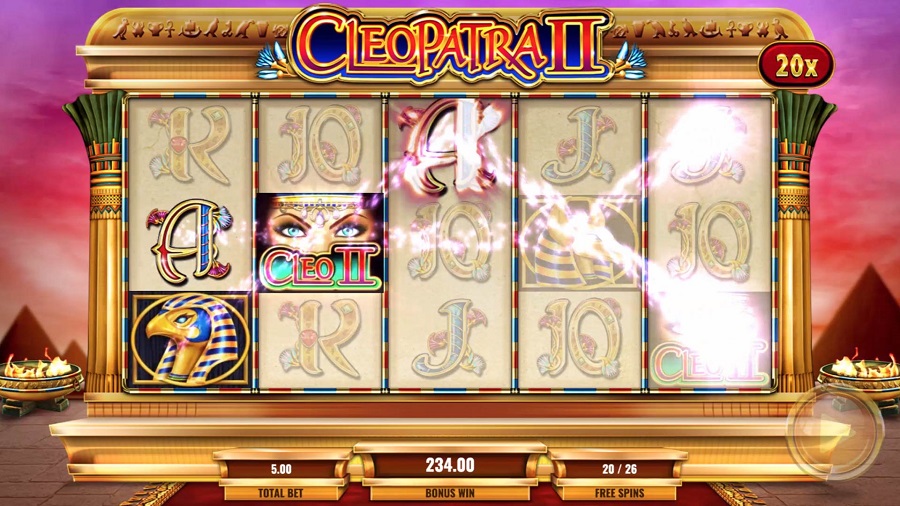 There’s also a Free Spins bonus that is activated when three or more of the Sphinx symbols land anywhere on the reels. You’ll choose a box in order to determine how many Free Spins you’ll receive.

While the Free Spins bonus begins with a 1x multiplier, this will increase by 1x with each spin you take, climbing as high as a 50x multiplier. Free Spins can be retriggered by landing more Sphinx symbols, too.

Cleopatra doesn’t bombard you with a bevy of indecipherable goings-on. Instead, this slot is easily accessible, offering tried and tested slot mechanics that you can quickly pick up whether you’re a seasoned slots player or just getting started.

Simple, yet slick and superbly entertaining, this Egyptian seductress has definitely made us fall under her spell. We can’t get enough of Cleo – and it’s not long now until you can try Queen C for yourself…

Cleopatra II is released on 9th July 2021 – in the meantime, visit 32Red Casino to check out a wide range of table games and slots to keep you entertained for now!