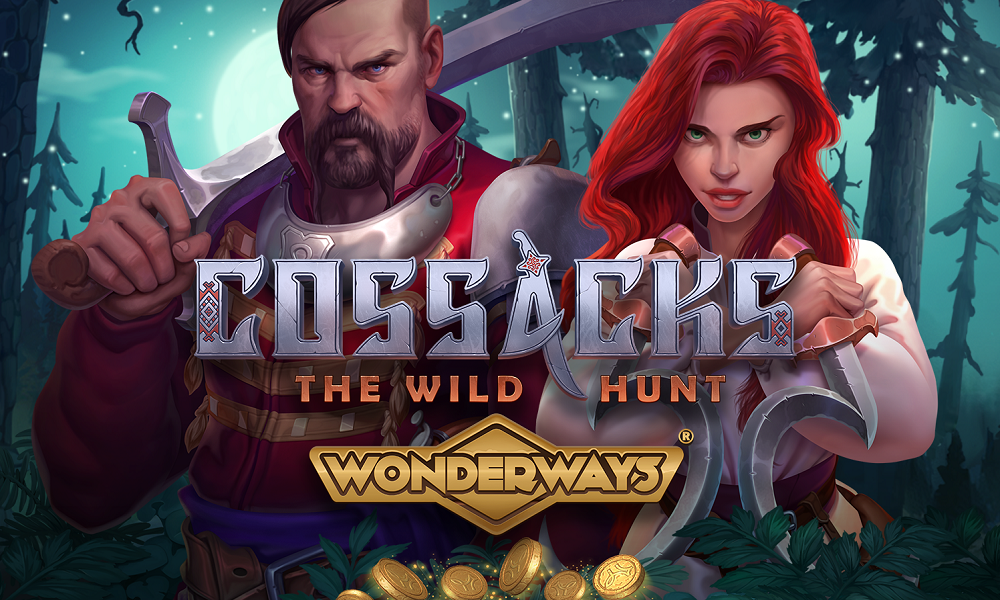 Out now: Cossacks The Wild Hunt

This spectacular release from Microgaming and Foxium looks set to deliver an irresistible adventure like nothing we’ve seen before – and for a limited time, it’s exclusive to 32Red!

In this enthralling release you’ll join three Cossack warriors as they venture into a spooky forest, seeking out the nefarious beasts that have been attacking the heroes’ village. Now it’s payback time – and hopefully, payouts won’t be far behind either.

With the chance to win 10,000x your bet on a spin, there’s no doubt this Hunt provides plenty of potential for treasure. But it’s the novel set-up of the game that’s sure to grab the attention; specifically, the WonderWays mechanic, which grants players as many as 46,656 ways to win.

Across six reels and six rows, on each spin a random number of Blocker symbols will appear on the outer zone, deciding the number of Wonderways that will be active during that particular spin.

Any wins that occur will produce a cascade, too – that is, the winning symbols will vanish, to be replaced with new symbols, and potentially new ways to win. The cascade will also change the blocker symbols, and each cascade also increases the win multiplier by 1. 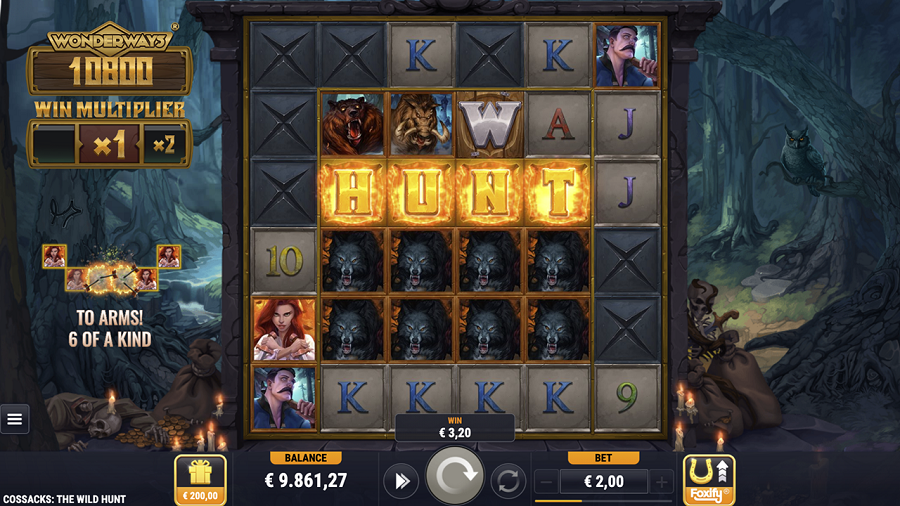 Otherwise, there’s a fine array of features to discover. To Arms, for instance – this feature can occur on any standard spin, arrows striking the reels, changing some of the symbols so that you’ll be left with a six of a kind win – and sometimes, other winning combinations too.

Then there’s Release The Wilds; Blades can smash into the reels on any standard spin, and any symbol that’s hit will change into a wild, creating winning combinations in the process.

And then, there’s the Free Spins. If four scatters land on the reels spelling out the word HUNT, eight Free Spins will be activated. Any additional scatters on the reel will award an additional two extra Free Spins, too.

During Free Spins, each win that occurs will also add to the win multiplier x1 – and here, there’s no limit to the level the multiplier can reach, and it will continue to grow with each win – without resetting once a non-winning spin has transpired.

With high production values bringing this slot to life in terms of visuals, soundtrack and even voice acting, Cossacks blends intriguing story-telling with ingenious slot action for a gaming experience that’s destined to become established as a modern classic.

Fancy going down to the woods today? Actually, you’ll have to hold out just a little while longer – but this slot is well worth the wait…

Cossacks The Wild Hunt is released on 17th August 2021 – in the meantime, visit 32Red Casino to check out a wide range of table games and slots to keep you entertained for now!

Out now: Lucky, Grace and Charm
Out now: The Magic Cauldron – Enchanted Brew