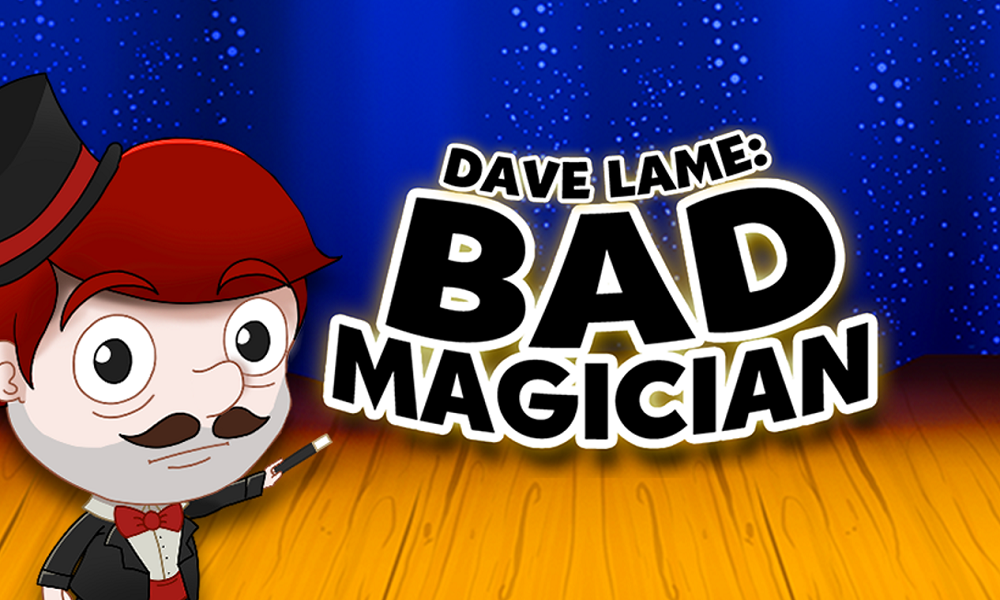 And while this moustachioed, top hat wearing purveyor of poor quality magic tricks might not be much of a showman, he makes for one hell of a slot.

This five-reel, three row slot from SG Digital conjures up a range of features, riffing on classic magic tricks like pulling rabbits out of hats. And while the magic might not leave you mystified, the payouts could definitely leave you delighted.

This is a very distinctive looking title; using a visual style reminiscent of adult animation, Dave himself presents the acts while you spin the reels.

As you do so, you might discover a Both Ways Pays Spin that’s very useful – a magic portal will open, with a clone of Dave appearing on the right hand side of the screen.

You’ll also be given between two and five Free Spins, and while these spins are active the game will pay both left to right and right to left.

Otherwise, the Bonus symbols are the real magical items here; these appear on reels 1, 3 and 5, and if three of them land in a single spin they’ll trigger the Pick A Pot feature. Here, you’ll find five different bonus rounds, ranging from Escapology Act to Card Trick. 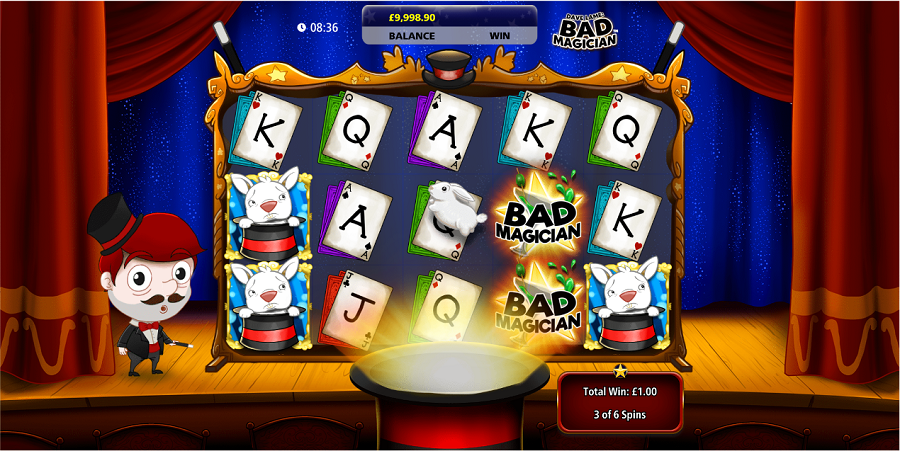 With Knife Throw, the reels are replaced with a spinning wheel decorated with balloons; you’ll pick three of the balloons, revealing a multiplier in the process; once all three have been selected, the multipliers will be combined to deliver a potentially sizable payout.

With the Rabbits out of the Hat feature, you’ll be given six Free Spins, as certain symbols are replaced with Wilds.

The Card Trick gives you six Free Games, but on a new grid where you try to land multipliers ranging from 2x, 5x, 8x, 10x or 25x – plus, there’s the chance to double one of the multipliers, too. There’s a Joker card too, which can further increase the value of multipliers, or award additional Free Games.

The Escapology Act sees Dave tied up in a water tank, that also features a 20 line slot; by playing, and hopefully landing a special symbol, you can increase the height of the reels by one row, increasing the multiplier too. While the base game offers 20 lines, in this feature it’s possible to be playing with as many as 100 lines.

Finally, the Sawing A Reel In Half feature sees the reel sets double or even quadruple, so you could be playing across four reel sets of 20 lines each on one screen – you’ll also be given eight Free Spins, too.

Never mind the hocus pocus, then – Dave might be Lame, but this slot has plenty up its sleeve. If you could use a little magic in your life, this new release definitely delivers. Bring on that Bad Magic…

Dave Lame: Bad Magician is released on 23rd September 2021. In the meantime, visit 32Red Casino to check out a wide range of table games and slots!

Out now: Loki Lord of Mischief
Out now: Heroes Hunt 2