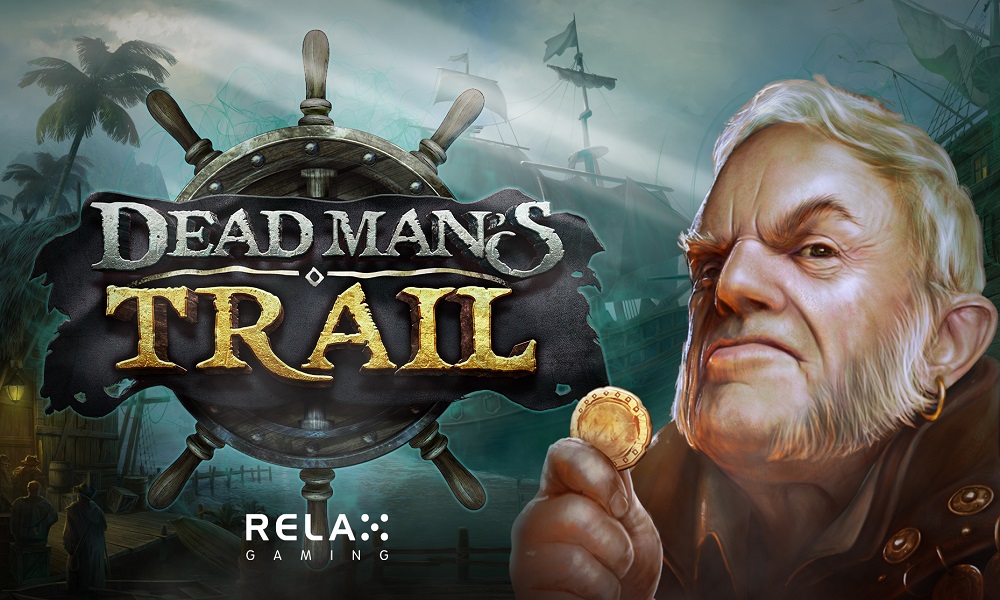 You might have played plenty of pirate-themed casino games in your time – but Dead Man’s Trail, new from Relax Gaming, is a cut above the usual swashbuckling slots. Play Dead Man’s Trail now

In this moody, atmospheric number you’ll find a five reel by four row set-up, and a high volatility model powering a slot that looks outstanding – and has a fine array of ways to win, too.

Seek out the three Bonus symbols to find a way to the Trail Bonus. A Pirate’s map will then unfold, which acts like a board game, where you’ll follow the trail to seek out the hidden treasure – including the possibility of a win of up to 50,000x.

In the Trail Bonus, you’ll move across the map, landing on a variety of tiles as you progress. Landing on normal tiles will award the value of the prize that’s displayed on the tile.

But there are also Mystery Chests which can trigger special actions, multiplier tiles that increase the value of normal tiles, and persistent tiles – land on these tiles, and the effect of the tile will remain in effect until the feature has concluded. 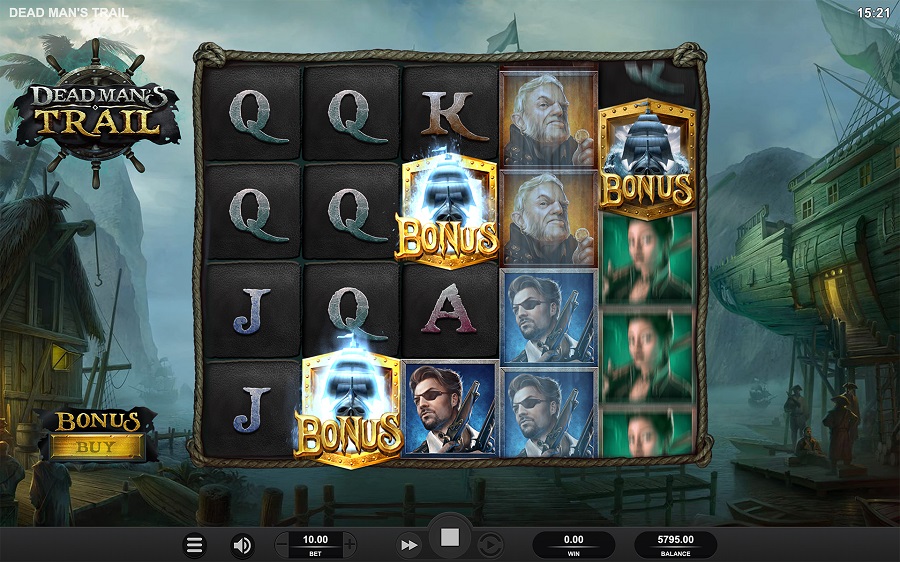 There’s also a Coin Feature which is pretty sweet. If coin symbols land on three or more reels, you’ll be awarded the amount displayed on all the visible coins – and with enough coins, this can add up to a pretty hefty amount.

The Trail Bonus is definitely a high point here, but even without the map Dead Man’s Trail is a pleasure to explore, with the muted colour scheme and handsome artwork really helping this slot stand out from the usual pirate-themed fare.

Ready for a fresh take on some buccaneering fun? It’s almost time to hit the Trail…

Dead Man’s Trail is released on 8th September 2021 – in the meantime, visit 32Red Casino to check out a wide range of table games and slots to keep you entertained for now!