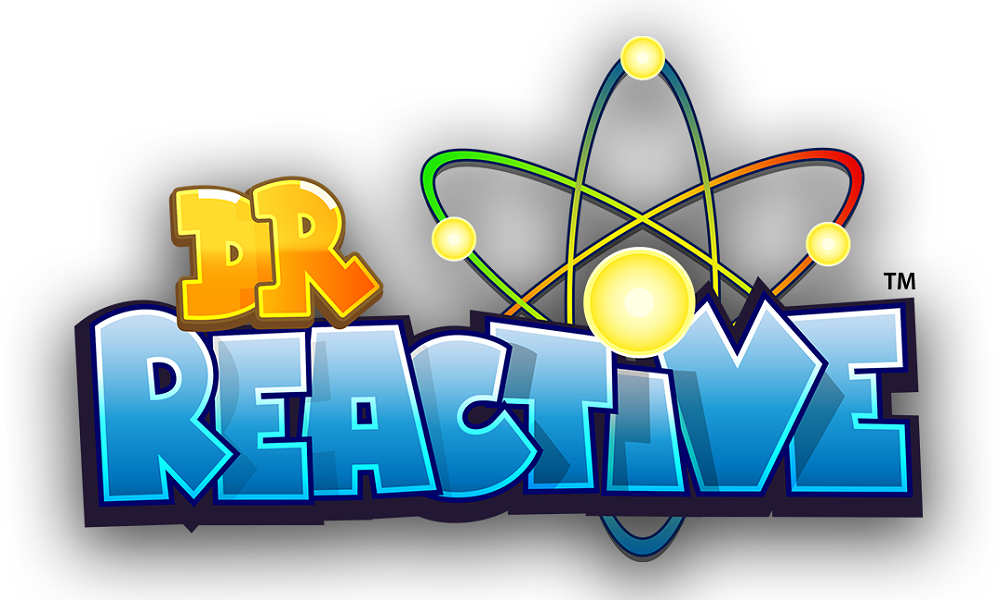 Pop culture has had its fair share of eccentric scientists. From the intense but essentially harmless Emmet Brown, to the seething nihilism of Rick Sanchez, it’s a broad canvas. And now, we can add another of those wacky science guys to the mix.

Meet Dr Reactive. The title character of Red 7 Studio’s forthcoming slot is another zany boffin type, but this one hasn’t been fooling around with plutonium or tampering with forces beyond our ken. Nope, this one is simply brewing a few potions, putting a few elements together – and hopefully, giving the player a chance to win a few readies. In other words, the kind of science we can all get on board with.

The doc’s laboratory is packed with free falling symbols, power ups and multipliers, and there’s also a Mega Drop jackpot to try and claim. Actually, there are three progressive jackpots, ranging from Minor, Major and Epic – claim the Epic Jackpot and you could be up for a sizable win of up to €200,000!

The slot’s play area is made up of an 8×8 grid, and when a winning combo comes up, that’s not necessarily the end of it – symbols in winning combos will explode, disappearing from the screen, with other symbols dropping down to fill the spaces, potentially providing another win. 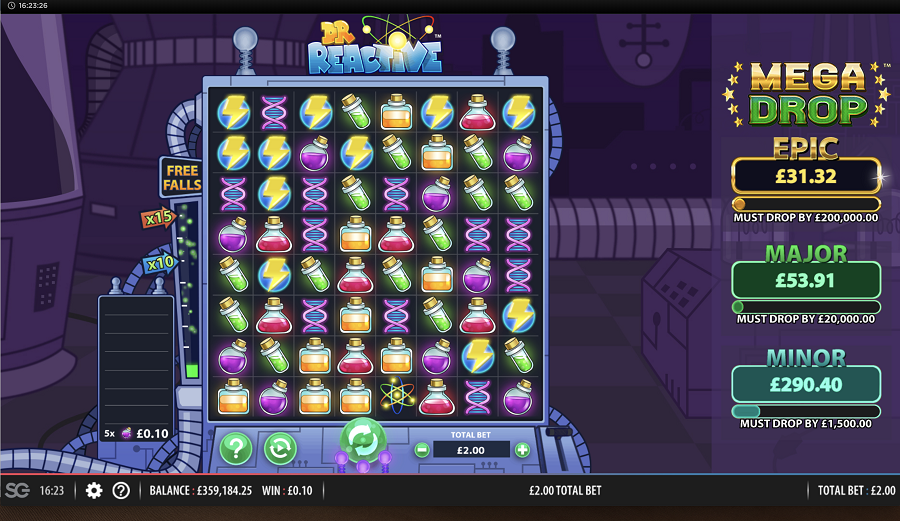 The slot features Wild symbols, which substitute for all other symbols except the Atom symbol. Wilds also feature multiplier values varying from between x2 and x5 – if the wild features in a win, these multipliers will kick in.

There’s also a Free Falls meter on the left-hand side of the screen – this meter will fill up as symbols fall into the grid as a result of a winning combination. Reach a certain point on the meter, and players can earn 10 or 15 Free Falls.

And you don’t have to be Albert Einstein to figure out how the symbols reacting together can be good news for the player. Atom symbols next to DNA symbols mean columns and rows of symbols can explode, disappearing except for the Wilds.

There’s a Lightning Reaction too, Atom symbols next to Lightning symbols mean the symbols will explode, again providing another shot at a pay out.

Forget Magnus Pyke, and tell Doctor Doom to stick his experiments up his jacksy – after what we’ve seen here, we’re all dedicated devotees of Dr Reactive. Who’d have thought that science could prove so satisfying?

Dr Reactive is released on 2nd March 2020 – in the meantime, visit 32Red Casino to check out a wide range of table games and slots to keep you entertained for now!