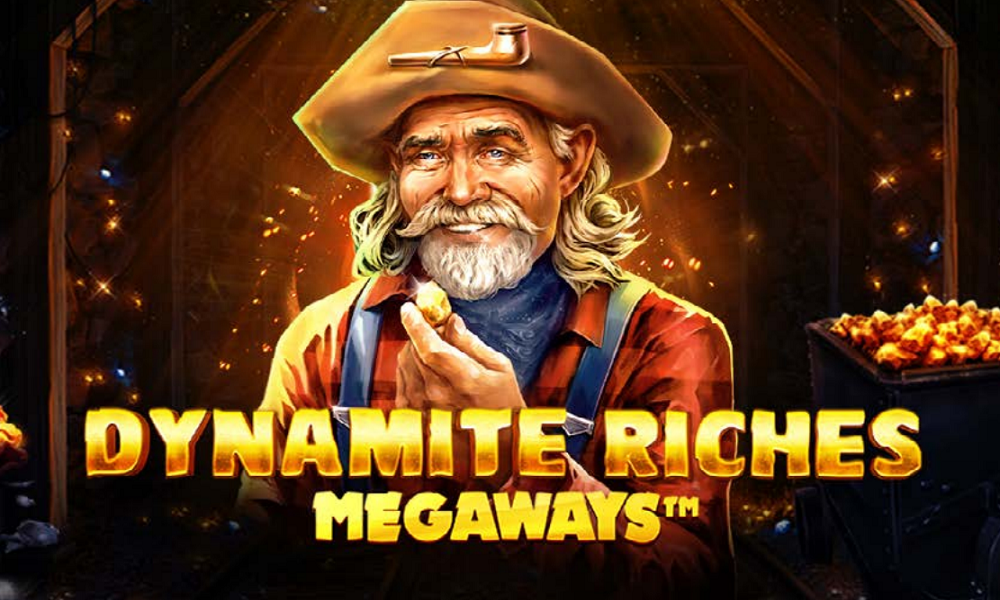 In this six reel, six row release that offers 117,649 ways to win, you’ll join a kindly-faced old miner journeying deep into the earth, snaffling up gold, precious stones, and whatever else you get your hands on – all of which spells ample opportunity for a truly Dynamite payout.

With Dynamite Wilds that substitute for other symbols, each dynamite symbol that lads on the reels will also contribute to the Feature Unlock Progress bar, located above the reel, initially represented by four padlock symbols.

There are four features to be discovered here, and one will be unlocked every time you land 15 Dynamite Wilds. Unlocking a feature means it will then become available to be randomly triggered from that point forward, as long as the player doesn’t increase the stakes. A feature is always triggered on the next spin after being unlocked, too.

First up is the TNT feature – once activated, all low-paying symbols will be removed for the current spin, leaving more opportunity to make a winning combo from the higher value symbols. 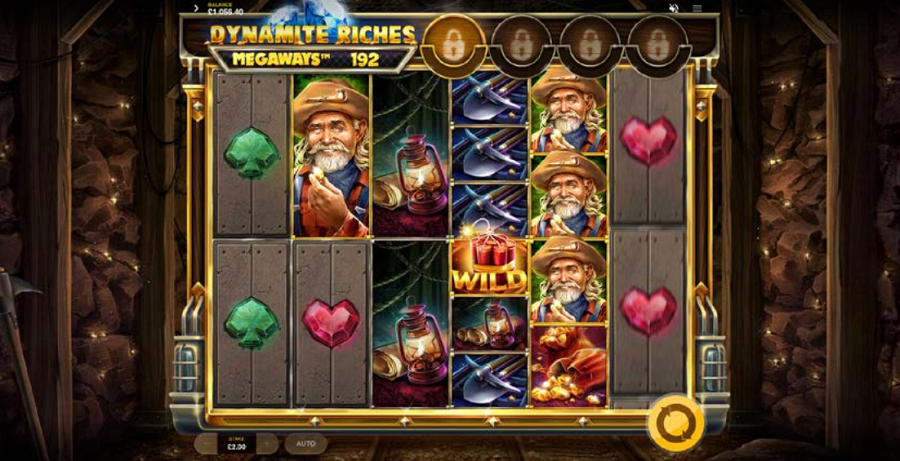 With Golden Wilds, triggered after 30 unlocks, up to ten Golden Wild symbols can land on the middle four reels, again offering more chances to put a winning combo together.

By gathering 45 Dynamite Wilds you’ll unlock the Multiplier; once triggered, a compass will appear, spinning to reveal the multiplier value that will be applied to your next win. With multiplier values of 2x, 3x, 5x and 10x, there’s plenty of scope here for a sizable payday.

Finally, unlock all 60 Dynamite Wilds and you’ll gain access to the Mega Wild feature. Here, as many as four Mega Wild symbols can land on the central four reels, covering the entire reel and also featuring a multiplier that ranges from between x2 and x7 that will factor into any win the symbol is a part of.

In addition to those features, you can also benefit from Gold Spins – land three Gold Spin symbols anywhere on the reels in a spin, and you’ll be awarded eight Free Spins, along with a growing win multiplier that can climb as high as x20.

Ready to light the fuse on this explosive slot adventure, then? Not long to wait now until this mining masterpiece booms its way onto the scene…

Dynamite Riches Megaways is released on 1st October 2021. In the meantime, visit 32Red Casino to check out a wide range of table games and slots!